The construction of the Sardar Sarovar Dam in western India has been the subject of great controversy as it became a go-to example of environmental protection and indigenous rights discourses in the 1990s and 2000s. Drawing on his PhD research, Vikramaditya Thakur challenges the conventional narratives and argues the problem of forced displacement has no easy answers but can be best understood when analysed within the rubric of regionally specific set of processes.

What does it mean to get up one day and find that your way of life, and indeed that of your community, is to be completely destroyed? Can life and sociality be reconstructed from scratch again in a new setting? Reports and visuals in the media have familiarised us with such losses due to natural disasters such as devastating floods or tsunamis that strike with little warning. There is extensive coverage of man-made disasters including wars and ethnic cleansing and the refugee crises that ensue. Yet in these cases of forced displacement there is often some hope of future return to one’s place of origin, even if the loss of loved ones and damage to physical property is irreversible. The move in development-induced displacement is permanent.

Although it is extremely underreported due to pressures from the governments and corporate organisations involved, forced displacement due to industrial and irrigation projects affects millions each year. One such project is the gigantic Sardar Sarovar Project (SSP) dam on the Narmada river in western India, which currently stands at 122 meters of the proposed 138 meters height. 245 villages in three states have been fully or partially submerged since 1991.

The project has the rare distinction of getting extensive media coverage and generating a huge controversy. Reporting on the SSP dam began around 1986, reached its peak from 1988 with the entry of Global North media including the New York Times and the BBC, which continued to highlight the twists and turns through the 1990s to early 2000s. The coverage featured contributions from academics, documentary filmmakers, environmental NGOs and celebrity activists, and was aided by the fact that irrigation projects have long gestation periods that got further prolonged for the SSP dam due to complications involving various government agencies. The project affected two sets of villages: those of dominant peasant-caste Patidars in the plains, and those of the Bhils, a Scheduled Tribe group, living in the Satpura hills housing the Narmada river valley However, media attention has focused predominantly on the latter.

Partially funded by the World Bank until the group’s withdrawal in 1993, the partisan coverage and analysis of the SSP showed the Bhils as indigenous tribal people living in harmony with Mother Nature amidst thick forest since time immemorial following a primitive though ecologically self-sustainable lifestyle that was being forcibly drowned by the ruthless state. The SSP dam was also supposedly submerging hundreds of acres of virgin forest. This argument was in line with the propaganda generated by the activist group Narmada Bachao Andolan (NBA, also Save Narmada Campaign) comprised of Anglophone urban middle-class activists from cities like Mumbai who had an anti-dam stand. A few among them had helped organise the Bhils to resist the state from 1986. The NBA successfully tapped into the environmental protection and indigenous rights discourses that was peaking around that time in the Global North. The SSP and the Bhils led by the fearless band of NBA activists provided a perfect fit for these discourses.

The complex ground reality is vastly different. Unlike the New World of Australia and the Americas where European settlers superseded the native population at a definite historical moment, the connected landmasses of Africa, Asia and Europe have seen continuous migration, comingling, repeated dissolution and formation of new ethnic identities and dialects for thousands of years. The idea of an “indigenous” population or a static culture fixated to a particular place is therefore historically untenable in the Old World. “Primitive tribe” was an arbitrary colonial creation in India and has been retained as Scheduled Tribe by the postcolonial state as an administrative category for affirmative action. The Indian subcontinent witnessed massive deforestation in the modern period to support various colonial projects that required timber, for agriculture, and later industrial expansion. These processes have continued in the postcolonial phase, in a large part due to a burgeoning population that more than quadrupled from 238 million in 1901 to over a billion in 2001.

The Bhil community in the Narmada valley reflects these patterns. The orally-narrated genealogies of Bhils along with colonial and pre-colonial archival data reveal their fluid identities, from being the warrior caste of Rajputs who retreated into the inaccessible hills after losses in battles in the late medieval period, to many names that partly reflect Islamic roots and are part Sanskrit-based (Hindu). The written records of the forest department entrusted with the control of the Narmada valley during the colonial and the postcolonial periods respectively continued to show the existence of thick green cover all along. Those trying to “save” the Bhils and the forest have frequently cited these written figures. However, the reality is that by the late 1970s itself, the green cover was destroyed by private contractors, corrupt government officials and Bhils themselves in their need for agricultural land. Due to the near-absence of road connectivity from the neighbouring plains, the Bhils had been left relatively untouched by the dramatic socio-economic changes of the 19th through the 20th centuries in the plains. This led a lot of outsiders to take them for “untouched primitives.”

The Bhils’ resisted the SSP dam for reasons shared by others who have faced forced displacement: initially it was lack of transparent communication and absence of any resettlement plan on the state’s part; later when the state offered land, it was the fear of moving to an unfamiliar area and life around disparate social groups. The protracted struggle forced the Indian states of Maharashtra (and Gujarat) to offer land-for-land compensation in the neighbouring plains and periodic improvements in the resettlement package. In July 1991, a set of 12 villages of Maharashtra state lead by some Bhil youth leaders accepted the resettlement package and chose to relocate. It took years for them to get settled in the new settings, but in the meantime other Bhils followed suit and ten resettlement colonies emerged. Initial problems, such as names missing from the project-affected persons’ list and the poor quality of agricultural land (among others), were addressed slowly as the next generation – the first to receive a formal education – pursued their demands. They are now well-adjusted to their new setting among other peasant castes and Bhils of the plains. This reality contrasts with the narrative of loss maintained by supporters of the anti-dam stand, perhaps reflecting on their preconceived agenda, along with temporal and linguistic constraints to verify developments on the ground.

The complex story of the SSP dam shows that the global problem of forced displacement has no easy answers but can be best understood when analysed within the rubric of regionally specific set of processes. Conflicts over alternative uses of limited natural resources including land and water will inevitably persist. Yet in a subcontinent with long and harsh summers and rainfall confined to a period of less than three months and a vast population to feed, a host of situation-specific approaches are needed and large dams cannot be summarily dismissed. There is still a lack of willingness on the part of states and corporations to plan projects where the affected groups are rehabilitated and their livelihoods secured, which generates resistance in turn. This needs to be addressed. Furthermore, despite better healthcare and communication, many resettled Bhils above the age of fifty sometimes miss their old life in the hills. However, it should also be acknowledged that younger members of the community prefer their present life and lessons should be taken from the resettlement and acclimatisation process.

Vikramaditya Thakur is a Postdoctoral Fellow at LSE. His PhD dissertation studies the forced relocation of 33 villages of Narmada river valley from the hills to resettlement colonies in the plains due to a large dam. Combining ethnography along with archival records and vernacular literature, it studies how groups at the margins of society, perceived as ‘backward,’ respond when faced with certain displacement due to the state’s development agenda. He examines how forced relocation calls into question basic relations with family, market and state, which are mediated by democratic processes and social movements, and divergent aspirations across generations in families and larger kin-based groups. 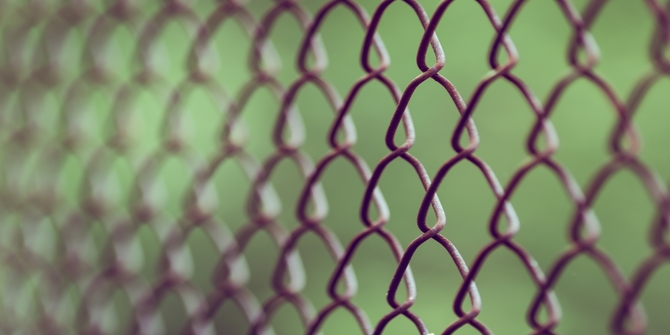 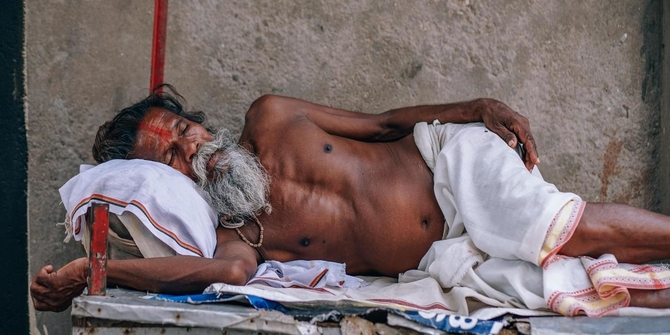 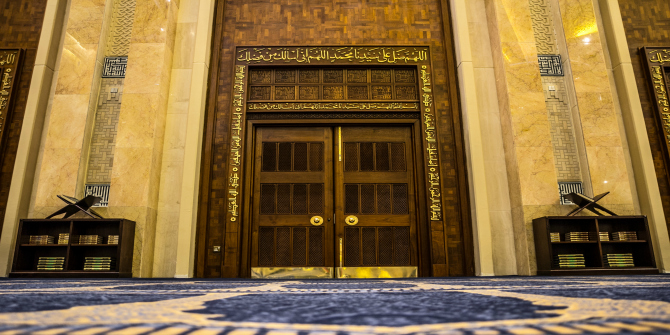