Nesta’s new report Good Incubation in India explores innovative strategies for social venture incubation in challenging contexts, offering practical advice to policymakers, funders and incubator managers who wish to operate in low-income states and other areas where enterprise ecosystems are less well-developed. In this article Florence Engasser and Madeleine Gabriel sum up key insights and recommendations.

In a country that is home to a third of the world’s poor, promoting social enterprise has many potential benefits. It can make essential goods and services like healthcare and energy more affordable, improving well-being and contributing to economic development, particularly in rural areas. Furthermore, through the products and services they sell and the inclusive ways in which they operate, social enterprises have the potential to reduce poverty and inequality.

One of the challenges for social enterprise in India is to spread activity to where it is needed most. 65 per cent of India’s poor is concentrated in eight predominantly rural ‘low-income’ states – Bihar, Chhattisgarh, Jharkhand, Odisha, Madhya Pradesh, Rajasthan, Uttar Pradesh and West Bengal. However, most social enterprises are based and operate in India’s big, bustling metropolises – cities like Mumbai, Chennai, Bangalore and New Delhi – where there are dense ecosystems of support, advice, finance, customers and services.

Mirroring its increasingly developed social enterprise sector, India has a growing number of initiatives designed to support impact businesses, from funds like Aavishkaar and conferences like the Sankalp Forum to social incubators like UnLtd India and Villgro. A key challenge for funders and other organisations willing to direct business support to the neediest regions is to work out how to design interventions that succeed outside the major cities and what success might look like in these areas.

In our recent report, we focus on the role of incubators in supporting social enterprises. Incubators are organisations using an array of techniques to support entrepreneurs in proving an idea, developing a team or de-risking ventures for later-stage investors. Incubation can take various forms, from acceleration programmes, to co-working spaces or even competitions. Factors like the negative perception of entrepreneurship as a career or simply the lack of an existing pipeline of entrepreneurs, tend to make incubating outside the main cities difficult, and in India’s low-income states or rural districts even harder. The report is based on 12 case studies, representing a range of different organisations, models and strategies to make incubation work in these areas. The main challenges revolve around four main themes: attracting entrepreneurs, building a community of support, attracting staff, and helping incubatees access markets.

Jagriti Yatra and Villgro have come up with pro-active strategies to attract entrepreneurs from rural areas and smaller towns to their incubators. Jagriti Yatra, a two-week peer-learning programme that takes aspiring entrepreneurs on a train journey across India, has set up a specific offshoot supporting alumni to act as scouts in small towns and rural areas to encourage promising young people to apply to the Jagriti Yatra journey. Meanwhile Villgro, a leading social enterprise incubator based in Chennai, has set up Unconvention|Local, a series of events held across the country to raise awareness and introduce the concept of social enterprise to local audiences.

Building a community of support, including for example mentors or investors, is another common challenge for incubators. Nativelead Foundation, based and operating in Madurai, has set up a network of ‘angel investors’ and a mentor network, formed of local businessmen. Startup Village in Kerala encourages alumni that have graduated from the incubator to invest small amounts of money in earlier-stage entrepreneurs.

Attracting and retaining staff in rural districts can be very challenging, and has led some incubators to rethink staff roles in order to open up new opportunities. UnLtd Tamil Nadu, for example, finds it easier to recruit people for short term rather than permanent positions. So it has set up a ‘buddies’ scheme, in which people volunteer with the organisation for up to six months, providing hands-on support for incubatees.

Finally, incubators operating away from large entrepreneurial hubs often find it hard to help their incubatees access markets. SIDBI Innovation and Incubation Centre (SIIC), based in Kanpur, is investing in office space in New Delhi for incubatees to rent when reaching product commercialisation stage. Attempting to strengthen distribution channels is also a big part of the challenge: Jagriti Yatra for example has been looking into connecting their incubatees to e-commerce platforms, to help them sell their products and services.

Competencies for incubators in challenging environments

Incubators operating in smaller cities and rural areas can’t rely on a really well-developed entrepreneurial ecosystem to make their incubators a success, so they need to focus on developing extra competencies and attitudes. These include:

A few recommendations for the ecosystem

Impact investors, philanthropic funders or development agencies are increasingly interested in investing in ‘scalable’ social enterprises as a way of solving a range of social problems. These actors heavily rely on and look to incubators to get these ventures ready for investment. However, generating a healthy ‘pipeline’ of investible social ventures requires a large supply of social enterprises and startups, as the majority of new ideas will never achieve investment-readiness or scale. In order to ensure a large pool of startups, there needs to be a positive culture and entrepreneurship and an understanding of social enterprise. A sole focus on funding incubators to get ventures ready for investment is not likely to be successful unless other elements, an entrepreneurship culture to begin with, are in place. In low-income states and other areas where ecosystems are less developed, policymakers, funders and other support organisations ought to consider three options:

Florence Engasser is a research assistant within Nesta’s International Innovation team, examining new global trends and practices in innovation, with an emphasis on emerging economies. She is currently researching how to improve support for social venture incubation in India. Florence holds an MSc in Urban Policy from the London School of Economics and Sciences Po Paris. She tweets@FEngasser and is a regular contributor to South Asia @ LSE. You can view her previous articles here.

Madeleine Gabriel is a principal researcher at Nesta, focusing on social and public innovation, within the Policy and Research team. Before joining Nesta early in 2014, Madeleine was Head of Impact, Research and Evaluation at UnLtd, where she developed new ways of measuring the organisation’s impact and led its programme of research on social entrepreneurship. Madeleine has a BA in History from the University of Cambridge and an MSc in Public Health with Economics from City University and Queen Mary University of London. She tweets @Mad_Gabes. 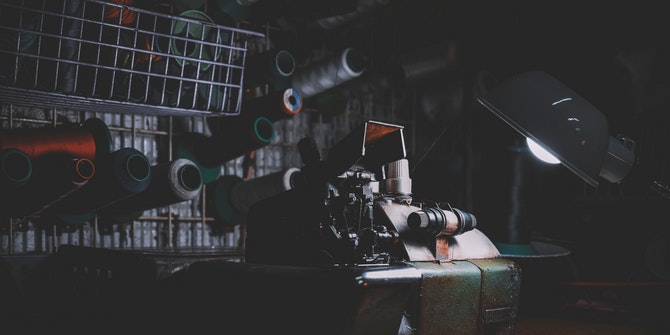 Bad Behavior has blocked 1850 access attempts in the last 7 days.