Pakistan’s shifting foreign policy allegiances beyond the ‘War on Terror’

Pakistan’s shifting foreign policy allegiances beyond the ‘War on Terror’

As rift the grows between Saudi Arabia and Iran, Riyadh is seeking Pakistani allegiance, but Islamabad has been cautious in its response. Adam Weinstein argues that Pakistan appears to be moving towards a newfound independence from both Saudi and American influence, bolstered by potential economic benefits of a rapprochement with India and increased trade with China.

The main global security threats from Pakistan were once thought to be its nuclear weapons or a conventional war with India. U.S. sanctions have been the historical response to these perceived threats. Sanctioning has had the unintended consequences of creating an aid vacuum. Exploiting this, Saudi Arabia has extended its influence over Pakistan and exported Wahhabi ideology in exchange for petrodollar aid. Benefiting from Saudi aid, Pakistan has traditionally supported the Kingdom’s foreign policy. This now appears to be changing as Islamabad declines to take sides in the Saudi-Iran rift and is instead expanding economic ties with India and China.

Growth of violence in Pakistan

Pakistanis have paid a high price from the fallout of the U.S. “War on Terror” and the actions of militant Islamists generally. Car bombs and suicide attacks in Pakistan are so common that only the most devastating incidents make international news. On March 29, 2015, The Express Tribune published an article with the headline 80,000 Pakistanis killed in US ‘War on Terror’. Less than a thousand were believed to be civilians killed by U.S. drones; the majority were causalities of terrorism and Pakistani military operations.

In fact, civilian casualties in Pakistan have consistently risen over the last decade even as the war in Afghanistan has scaled back. U.S. aid to Pakistan steadily climbed following 9/11, reaching its peak during the troop surge in Afghanistan (2009-10). Aid was given without a coherent framework and with few conditions. Yet Islamabad did not engage in a serious offensive against terrorist groups until Pakistani casualties reached an indefensible level in 2014 and demand for action became widespread.

Why does terrorism plague Pakistan at such a high rate? If it was geography, then we might see violence contained to borders with Afghanistan and India (over the disputed Kashmir); but this is not the case. Violence reverberates through cosmopolitan cities like Karachi and is not constant in any particular area. Rather it ebbs and flows.

According to Islamabad, at least 80 madrasas linked to extremist groups receive significant financial support from Saudi Arabia. U.S. government cables published by Wikileaks stated that “Saudi Arabia remains a critical financial support base for al-Qa’ida, the Taliban, LeT, and other terrorist groups.” Of course, Saudi Arabia claims it receives permission from Islamabad to fund religious organisations.

The impunity granted to foreign donors is incentivised with aid. In 2014, Saudi Arabia loaned Pakistan 1.5 billion dollars to assist with debt repayment and new infrastructure. The result, ironically, is that the Saudi government funds both the construction of Pakistani schools and the extremist groups that will eventually destroy them.

The influx of Saudi aid to Pakistan developed in response to U.S. sanctions. Throughout the 1980s, under Zia-ul-Haq’s presidency, cordial relations existed between Washington and Islamabad in order to fight the Soviets in Afghanistan and counter their strategic cooperation with India. In 1990, as the Cold War ended, the U.S. warmed up to India, imposing nuclear sanctions on Pakistan. This was a betrayal by the U.S. that likely remains in the memory of Islamabad’s elites.

Saudi Arabia intervened and sent two billion dollars of donated oil to Pakistan. Additional sanctions under the Clinton administration in 1998 were a response to Prime Minister Nawaz Sharif’s nuclear tests in Baluchistan. And just as Washington accused Iran of being a state sponsor of terrorism, it threatened the same against Pakistan.

Saudi Arabia’s decision to fill the financial void left by U.S. sanctions can be explained by several factors. First, a special history exists. When the Grand Mosque of Mecca was seized by radicals in 1979, it was the Pakistani military that responded. Second, aid to Pakistan appeases Saudi radicals and ensures extremists remain sympathetic to the House of Saud. Third, it creates a strategic thorn in the side of Iran. Pakistani unrest has led to numerous terrorist attacks against Iran and guarantees that Pakistani Shiites remain under siege from Sunni extremists. Lastly, Nawaz Sharif may owe a personal debt to the Kingdom for brokering his release and offering him asylum, when he was imprisoned by General Musharraf after a successful military coup in 1999.

Is Pakistan moving towards a newfound independence?

Given this history, it is no surprise that as a rift grows between Saudi Arabia and Iran, Riyadh again seeks Pakistani allegiance. This sense of entitlement to Islamabad’s support by Riyadh is evident in the fact that Pakistan was publicly included as a member of the Saudi coalitions in Yemen and Syria—although Islamabad denied knowledge of either. Pakistan, it appears, is taking a different course.

The Pakistani government appears to be seizing the opportunity to distance itself from Saudi Arabia by declining to participate in the Saudi “anti-terror coalition” and instead volunteering to mediate between the Kingdom and Iran. Islamabad may fear that escalating conflict between Iran and Saudi Arabia will inevitably embroil them in a larger sectarian conflict. Pakistan likely sees mediation as a way to remain on good terms with Saudi Arabia while taking a piece of the Iranian economic pie.

The newfound independence of Pakistan’s foreign policy is bolstered by potential economic benefits of a rapprochement with India and increased trade with China. On December 25, 2015, Indian Prime Minister Narendra Modi made an unprecedented visit to Lahore to meet with Sharif. While relations with India remain contentious, Pakistan’s partnership with China is in full swing.

China recently leased Baluchistan province’s Gwadar port from Pakistan as part of its China-Pakistan Economic Corridor (CPEC) initiative. Benefits to China are obvious. The port is a stone’s throw from Iran and lies at the mouth of the Strait of Hormuz through which Gulf oil ships must pass.

Meanwhile, Washington is once again turning its back on Pakistan and threatening to cut military aid if it does not fight the Haqqani terrorist network more aggressively. Proponents of this strategy, such as Robert Corker current chairman of the U.S. Senate Committee on Foreign Relations, argue that aid must be tied to favorable policy changes, including transparency in government and greater protection of civil liberties.

Echoing their disengagement from Afghanistan in 1989, the U.S. military’s involvement in Afghanistan is largely over. Washington is again acting as if it no longer needs Pakistan. So it may appear to Washington, but the vacuum created by a U.S. departure will undoubtedly be filled by someone else.

Departing from historically failed unilateral sanctions and disengagement, the Chinese programme of self-serving investment with a side-effect of development may prove a better model for reducing terrorism in Pakistan. Unlike the Saudi model, it does not tie aid to the promulgation of Wahhabi religious values. Contrary to the U.S. model, it does not demand that Pakistan adopt an overly aggressive counter-terrorism strategy that could damage regional stability.

This article originally appeared on the IGC’s blog and gives the views of the author, and not the position of the South Asia @ LSE blog, nor of the London School of Economics. Please read our comments policy before posting.

Adam Weinstein is a third year law student and J.D. candidate at the Temple Beasley School of Law in Philadelphia, Pennsylvania where he focuses on developmental and international law. His interests include the relationship of US foreign policy to development and security within the Middle East. He tweets at @AdamNoahWho. You can view his previous South Asia @ LSE blogs here and his contributions to the LSE Middle East Centre blog here. 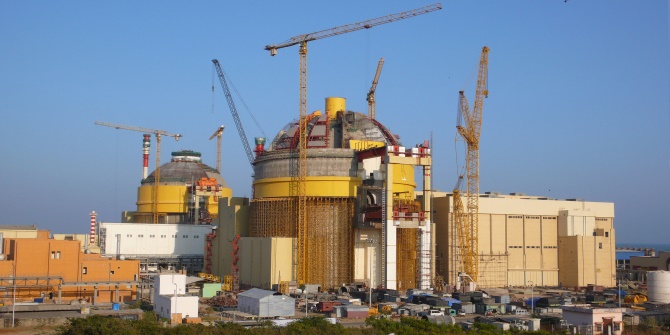 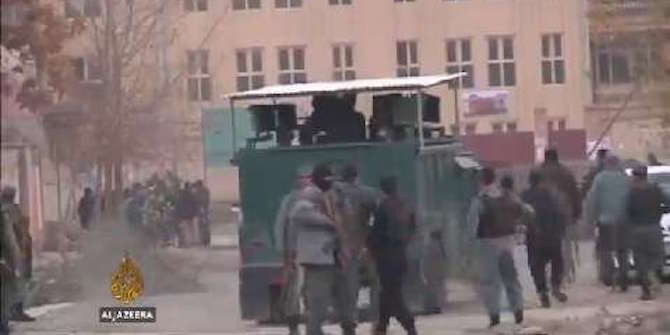