Islamic identity has been the subject of substantial politicisation in Pakistan in recent decades and the national curriculum and textbooks continue to play a role in alienating minorities and espousing an intolerant worldview, writes Laraib Niaz. She argues that the current government needs to reassess the teaching of history and religion to offer more balanced instruction and promote greater empathy and tolerance.

Prevailing wisdom would have one presume poverty and a lack of education to be principal factors leading to extremism. Pakistan’s landscape, in recent years, however presents evidence contrary to this belief. Recent cases of terrorist activities have surfaced where suspects or convicted felons have been well-educated. Perhaps the most prominent example of this is Saad Aziz, a graduate of the Institute of Business Administration, who in April 2015 confessed to having murdered human rights activist Sabeen Mahmud citing religious reasons.

Islamic identity has undoubtedly been the subject of substantial politicisation in Pakistan: more so because of distorted interpretation of selective Quranic verses and historical revisionism of school textbooks than because of any inherent jihadist or radical inclinations that may be intrinsic to the religion itself.

The blame does not lie solely on the oft-cited madrassas that are seen as nurturing grounds for religious bigots but on public schools as well. The national curriculum of public schools, which underwent significant changes in order to incorporate the concept of Islamisation as understood by General Zia ul Haq, promotes a homogenised and monolithic interpretation of Muslims, as religion was blatantly used by the General to gain legitimacy. The curriculum, which remains in place today, focuses exclusively on Islam to define Pakistan’s identity. The published textbooks have routinely been criticised for promoting anti-western, anti-Indian and intolerant ideologies. Christine Fair, an expert on South Asia at Georgetown University, has conducted multiple studies on the linkages between education and religious terrorism in Pakistan and found militants recruited from well-educated middle class households were not uncommon in her sample.

Due to the widespread focus on Islamic ideology, the curriculum often alienates minorities by failing to include recognition or discussion of their ideologies, in turn espousing an intolerant worldview. Insensitive materials targeted at religious minorities were found by Pakistani educationalists in their research.  For example a Grade 7 social studies textbook published by the Punjab textbook board was found to include the statement: “Hindu has always been an enemy of Islam.”

The above statement is just one of many that advocate radical beliefs and presents an image whereby the majority is portrayed as a victim and the minority is demonised. The curriculum particularly contains religious and national stories of wars, while emphasising the importance of jihad where the concept of jihad is reduced to the use of violence in the name of Islam, rather than the wider meaning pertaining to self-improvement as envisaged in Islamic teachings.

Extremists often seek validation for their activities through misinterpretation of Quranic verses. For instance the Quranic verse stating, “kill the pagans [or infidels or unbelievers] wherever you find them” [9:5] is often cited without any context in almost all of madrassa textbooks and a majority of public schools textbooks as well. The verse is a part of Surah-al-Tawbah, and is applicable only in the case of those disbelievers, who despite peace offerings persist in their aggression and attacks against Muslims during the course of a war. Understanding the context is imperative, the lack of which may result in students taking the verse literally as permission from God simply to kill non-believers wherever they see them.

One can question the appropriateness of teaching children about the concepts of jihad, wars and afterlife at an early age especially if such concepts are relayed without proper context. Glorifying stories of conquests by leaders such as Tipu Sultan and Muhammad Bin Qasim instead of anecdotes related to their administrative innovations should likewise be questioned. Common sense would denote that war is a form of aggression, and teaching children at such a young age about this phenomenon may appeal to the violent urges in children.

The educational discourse faces the need to alter the curricula with an added focus on promoting empathy, peace and tolerance. The Pakistani government should ideally launch a concerted effort in conjunction with both private and public educational institutions to revise school curriculum and provide students with a balanced and unbiased view of the country’s history as well as Islam. Education needs to be imparted in a way that fosters analytical thought and discussions, with interpretation of history and religion being anything but one-dimensional.

This article originally appeared in The Nation as is cross-posted with the author’s permission.

Laraib Niaz recently completed her Masters in Development Management at LSE. Her dissertation focused on the relationship between economic deprivation and education with incidences of terrorism in Pakistan. 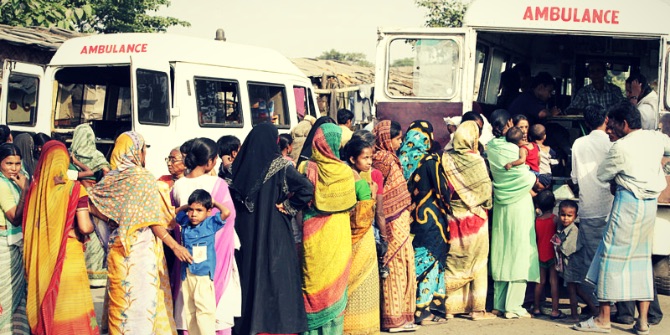 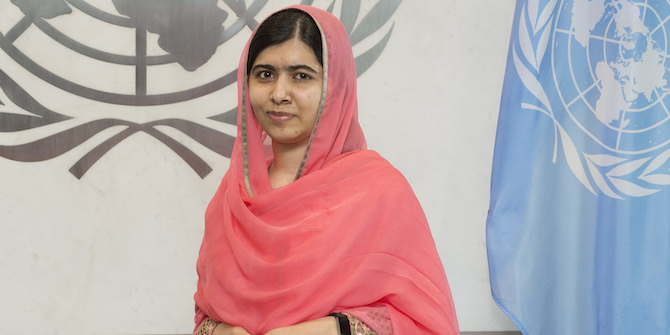 Bad Behavior has blocked 4171 access attempts in the last 7 days.