The Dhaka attack is the biggest act of terrorism Bangladesh has seen in recent times, but it was not an isolated incident. Sajjan Gohel discusses the wider context of extremism and writes that Bangladesh is in the grips of a battle between the JMB and ABT, affiliated with ISIS and Al-Queda respectively.

The 1-2 July, 2016, terrorist siege at the Holey Artisan Bakery in the Bangladeshi capital of Dhaka, by several armed militants, was aimed at capturing international attention and illustrated an escalation of terrorist activity in the South Asian country: 22 civilians were killed in the incident including nine Italians, seven Japanese, four Bangladeshis, one Indian and one American.

The Dhaka attack is the biggest act of terrorism that Bangladesh has seen in recent times. However, in order to fully comprehend the challenges that exist in the country it is important to firstly understand that the incident should not be seen in isolation: it is part of a series of attacks that have rocked Bangladesh over the last three years, which are tied to the unresolved independence legacy.

The starting point can be traced to the February 2013 Shahbagh popular protests in Dhaka, which were propelled by activist secular bloggers who were able to coordinate bringing hundreds of thousands of people onto the streets. They were seeking punitive action against members of the Jamaat-e-Islami (JeI) political party whose members were accused of war crimes, including murder and rape, during the liberation war of 1971 from Pakistan rule.

The International Crimes Tribunal of Bangladesh (ICT-B) was created to deal with the alleged abuses. Some of those found guilty of mass murder, and sentenced to death, include very prominent members of the JeI such as Motiur Rahman Nizami, President; Delwar Hossain Sayeedi, Vice President and Abdul Qader Mollah, Assistant Secretary-General.

The ICT-B trials and the Shahbagh movement sparked a vicious backlash against bloggers, academics, members of minority groups and foreign nationals by extremists, predominantly in the form of targeted assassinations. The local perpetrators have been either affiliated to al-Qaeda in the Indian Sub-Continent (AQIS) or ISIS.

ISIS claimed responsibility for the Dhaka siege attack via Amaq, its own news agency. This is usually the method used to illustrate that their followers were inspired by ISIS and may have had some degree of communication but not necessarily travelled to Syria or Iraq. If the claim is made through a Telegram channel, it is very much organised by ISIS such as in Paris or Brussels attacks. This is not a hard and fast rule, but does suggest the Dhaka attack was more opportunistic. Amaq even produced an infographic highlighting all the attacks in Bangladesh that ISIS claims to have incited.

The Awami League Government has long denied the presence of ISIS and AQIS in the country. Instead, they blame local terrorist groups like the Ansarullah Bangla Team (ABT), and the Jamaat-ul-Mujahideen Bangladesh (JMB) for past attacks. Even with the Dhaka siege, Bangladeshi officials quickly said it was carried out by home-grown militants tied to the JMB and not ISIS. That is a distinction without a difference. The JMB and ABT have pledged their allegiances to ISIS and AQIS respectively.

The JMB was founded in 1998 and committed to establishing an Islamic state in Bangladesh. On 17 August, 2005, it gained notoriety by detonating 460 small bombs at 300 locations in 63 of the 64 districts in Bangladesh which was a massive logistical task. Since then, the group has targeted academics and religious minorities, such as Hindus and non-majority Muslims from the Shiite and Ahmadiyya communities. In 2015, the JMB began focusing on killing foreigners which included Italian citizen, Cesare Tavella and Japanese national Kunio Hoshi.

Within ISIS’s online journal, Dabiq #12, there’s evidence of a formal relationship between ISIS and the Jamaatul Mujahidin Bangladesh (JMB) and ISIS even goes out of its way to praise Motiur Rahman Nizami of the JeI who was hanged earlier this year. The JMB-ISIS nexus has even expanded beyond the confines of Bangladesh. Between 16 November and 1 December 2015, 27 Bangladeshi nationals connected to the JMB were arrested in Singapore for plotting terrorist attacks against their home country and other countries. Terrorist training manuals and ISIS propaganda material was also found. In May 2016 another four Bangladeshis in Singapore were convicted of financing terrorism.

Dabiq #14 includes a profile of a young Bangladeshi named Abu Jandal al-Bangali who died fighting Assad forces in Ayn Issa, northern Syria. Abu Jandal, came from a well-to-do family in Dhaka and had ties to the military. ISIS dedicates the last few pages of the journal to an interview with Sheikh Abu Ibrahim al-Hanif, whom they claim leads its operation in Bangladesh (although the country was referred to as ‘Bengal’ throughout the interview).  Al-Hanif says Bangladesh is important for staging attacks against foreigners, including US military trainers and Ahmadis, and to launch attacks inside border countries like India.

Ironically, many South Asian men that have travelled to Syria to join ISIS in the hope of fighting were not allowed to take part in the battle. Instead they were made to perform menial tasks such as cleaning toilets and fetch water for fighting units. ISIS commanders perceive South Asians as physically weak and consider them inferior to Arab or Western-based fighters.

The JMB’s rival in controlling the terrorist narrative in Bangladesh is the ABT, a group which is ideologically influenced by al-Qaeda and took its name from the former Iraq-based al-Qaeda entity Ansar ul-Islam. The ABT is inspired by the teachings of the American-Yemeni cleric Anwar al-Awlaki. Unlike the JMB, it has mostly targeted bloggers including the American national Avijit Roy, who was hacked to death in front of his wife in Dhaka after attending the Ekushey Book Fair on 26 February 2015. On 7 August, 2015, ABT officially declared itself the Bangladeshi branch of AQIS when it killed blogger Niloy Chowdhury.

Even though the method of their attacks were crude and basic, usually involving machetes, the ABT targets were not random. A significant amount of reconnaissance and planning went into identifying their victims including where they lived. On 25 April 2016, Xulhaz Mannan, who worked USAID at the U.S. Embassy in Dhaka, and editor of Bangladesh’s first LGBT magazine, was among two men hacked to death in his apartment by ABT.

Both the JMB and ABT often utilise the same recruiting pool in terms of their recruits’ socio-economic background. Like Abu Jandal, most of the Dhaka gunmen were young men from upper middle class families. Meer Sameh Mobasheer, Nibras Islam and Rohan Imtiaz were reported missing by their families months before they carried out the siege attack. It remains unclear where they went or who they were in communication with but one can assume that their ideological radicalisation was being completed and they were doing reconnaissance and planning to target the Holey Artisan Bakery.

In addition, Mobasheer, Islam and Imtiaz also all went to private schools and universities. Nibras studied at North South University. This was the same academic institution where the murders of prominent blogger and civil rights activist Ahmed Rajib Haider studied. Haider was hacked to death on 15 February 2013 by young students who were tied to the ABT. Another graduate of North South University was Quazi Mohammad Rezwanul Ahsan Nafis, who in 2013, was sentenced to 30 years in prison for trying to blow up the Federal Reserve Bank in New York. This highlights how some universities have become major recruiting grounds for both the JMB and ABT in Bangladesh.

Bangladesh is in the grips of a battle between the JMB and ABT as to who can kill more, competing in a twisted game of one-upmanship. The ABT has also publicly fallen out with the JMB. In 2015, a “global hitlist of writers and bloggers” attributed to ABT appeared online. However, soon after, the ABT issued an angry message online to say the hitlist was fake and did not belong to them, implying it had been surreptitiously issued by the JMB. Interestingly, they specified “The Global Islamic Media Front (GIMF) [an official media organ of al-Qaeda] is the only official outlet for ABT releases”.

Bangladesh is now at a critical juncture in how it deals with the stark reality that there is a sizeable terrorist problem imbedded within its society which unless tackled will result in deeper polarisation. Prior to the Dhaka siege, ISIS specifically mentioned they want to carry out more high profile attacks in Bangladesh. The next stage could be bigger and better coordinated. This could eventually expand to executing attacks in neighbouring India, especially in eastern cities such as Kolkata.

Sajjan Gohel is International Security Director at the Asia-Pacific Foundation, Senior Advisor to the Partnership for Peace Consortium’s Combating Terrorism Working Group and a Visiting Teacher in the International History Department at the LSE. 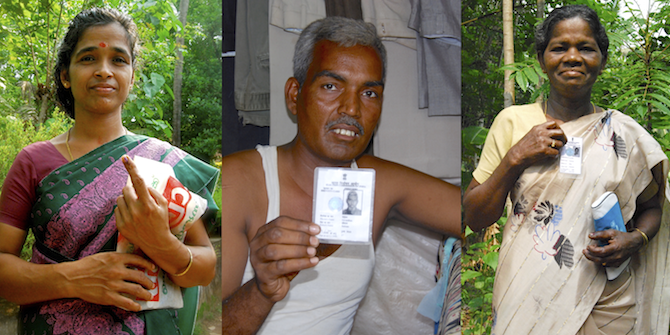 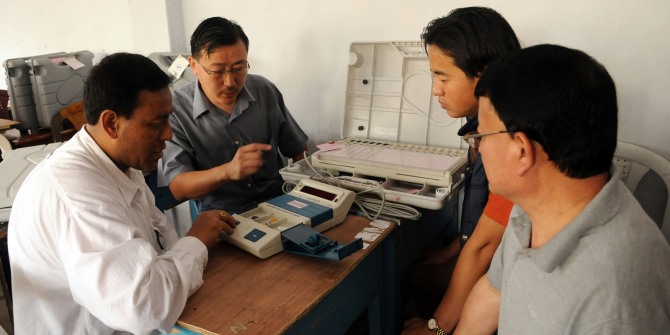 Bad Behavior has blocked 958 access attempts in the last 7 days.