The first BJHS Themes, a new, fully open access, peer-reviewed journal from the British Society for the History of Science, was published this month. The issue is entitled Science of Giants: China and India in the twentieth century. In this article, one of the volume’s editors, Jahnavi Phalkey, gives her observations on the opportunities and challenges on writing about China and India.

Long before any clear idea of this volume on the history of science and technology in China and India took shape, we looked for ways to articulate the goals of what eventually became a four-year collaboration. My colleague Leon Rocha and I wanted to write an essay on “How to write about China and India,” following the two highly successful Granta essays on how to write about Africa and Pakistan. We had a long chat one afternoon with the ever patient writer and former editor of Granta, Ian Jack, who indulged our fancy. That piece never got written, but residues of that conversation are seen in the papers now published in Science of giants: China and India in the twentieth century, the inaugural volume of BJHS Themes.

Science of Giants is a coming together of two concerns. One of them is the ongoing struggle of the contributors of this volume with current historiographies to explain the experience of science and technology in twentieth century China and India; and the other is the concern of scholarly institutions, including journals, to become inclusive and, if you like, more global. We fully appreciate, therefore, the significance of being published as the first of the newly launched BJHS Themes series.

The world’s eyes are on China and India. This attention is of geopolitical origins and has consequences for history writing as much as any other area. It makes a volume like Science of Giants possible. At the same time, it creates – both within and outside these countries – portmanteaus like Chindia, and the desire for histories that either explain or undermine the proposed state of glory. For historians working on the two countries, this entails a dual responsibility: we must bracket the politics of attention even as we make full use of the opportunity. On the one hand we can collectively and visibly articulate the limits of Euro-American historical experience. On the other, we must remain alert to any impulse to essentialise difference or to marginalise the discussion of uncomfortable historical processes and episodes: discussions that likely don’t fit the moment.

The attention, of course, does not come uncontested. Within the concerns of our domain – of science and technology – The Royal Society might want us to keep an eye on science and engineering research in the two countries (among others). Magazines like Science and Nature might echo a similar excitement, anxiety, and expectation of the two countries.  The Economist is less forgiving. Some of these questions are repeated in a more nuanced form in academia. We have taken some of these concerns on board to write – collaboratively – of the difficult transformations seen through the lens of science and technology in the two countries during the long and contentious twentieth century. Juxtaposing the two countries has opened up, for us, the space to discuss their experiences beyond current historiography. Our hope is that these questions from the two archives can transcend geography to also ask meaningful questions, more broadly, of the twentieth century.

That said, for the most part archives in China and India are not easily accessible and this, where they are organised at all. In India, the archive literally rots away and access is patchy. In China, where the archives are far better organised, access could be monitored or unpredictable. One might quite justifiably ask: where does our optimism and ambition to extend this unstable archive to a global intellectual domain come from? Our ambition is a function of scale: China and India comprise a significant portion of the global human population. As such then, it is imperative that their experiences are not always measured against the benchmark of European experience, more so when the coherence of this benchmark itself comes under robust critical inquiry by historians.

Our optimism, on the other hand, is an artefact of faith, practice and experience. We have all hoped and worked for decidedly longer periods of time simply getting the archive right, when compared with our colleagues working on questions in European and American history, or for that matter our colleagues working primarily on questions of imperial history. And we have all, in the end, succeeded even if we have wished for these processes to be more predictable and reliable than they have been. In the process we have all worked with a range of sources, at times ones we did not set out looking for. This has had its advantages: we have been able to view stories through a diversity of perspectives adding to the layers and thickness of our narratives.

And we have made choices: choices of prioritising actors, institutions, ideas and places that don’t easily map onto the givens even when they are quite obviously not removed from existing historiographies of the twentieth century. We leave it to our colleagues and readers to judge the extent to which we might have succeeded in raising questions that exceed current historiographies. To us, it is clear that our task is far from complete even if we have travelled some distance in the direction we set sail.

And a few more of us are sailing the same seas. A few months ago, by serendipity, Prasenjit Duara and Arun Bala published a volume focused on an earlier age in the connected histories of knowledge of China and India: from 500 to 1500 CE. In the meanwhile, in India, we are launching ReCollect India, to generate an audio-visual archive for contemporary history of science and engineering in India. Perhaps there will soon be reason to have a ReCollect China project.

In the meanwhile, could we please not say Chindia, please?

This is an extended version of an essay with the same title published earlier by the Cambridge University Press. The author would like to thank Rochelle Pinto and Arunabh Ghosh for their input.

Jahnavi Phalkey is a historian of twentieth century science and technology based at King’s College London; and author of Atomic State: Big Science in Twentieth Century India (2013). At the moment, she is Public Policy Scholar at The Hindu Centre for Politics and Public Policy, Chennai (India). 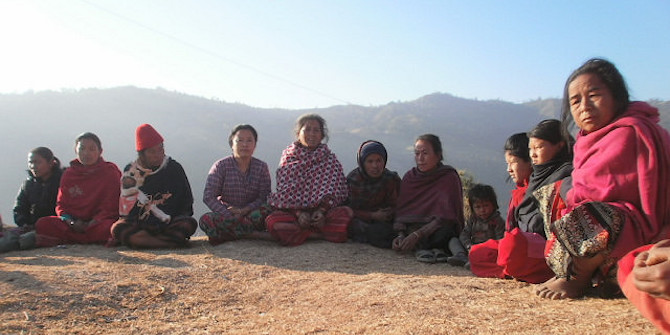 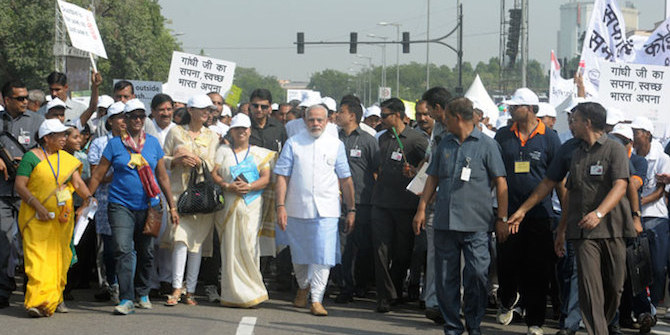 Bad Behavior has blocked 5109 access attempts in the last 7 days.