As India becomes an increasingly important player on the global stage scholars have picked over different facets of India’s foreign policy in order to understand past priorities and predict future aspirations. Raj Verma assesses two new studies published this year and their contributions to the growing literature in this area.

Since India undertook economic reforms in 1991 it has grown rapidly, at a pace of approximately 6-7 per cent during 1992-2002 and 8-9 per cent during 2003-2012. Today India is the fastest growing major economy in the world. Economic growth has also led to increased political and military prowess, so much so that some scholars have commented that India is an emerging great power while others state that it has already risen. Some even aver that the world is waiting for India to shape the new global order. As a result numerous scholars – both in India and abroad – have since the early 2000s tried to explicate the different facets of India’s foreign policy (FP) in order to understand past priorities and predict future aspirations.

This review essay focuses on two books which provide an overview of Indian FP since1947: Indian Foreign Policy: An Overview by Harsh Pant and Engaging the World: India’s Foreign Policy Since 1947, an edited volume by Sumit Ganguly. Both books provide a broad overview of independent India’s FP and promulgate that the South Asian giant lacks a coherent foreign policy. Several contributors to the edited volume (see chapters 2, 5, 12 and 17) also touch on India’s lack of ‘grand strategy’ but there is not much detail on what is meant by this. Pant offers a little more insight in his introduction, where he outlines how India’s FP is reactive and the use of power in foreign affairs is somehow considered pejorative. As a result, it is wary of hard power and unable to use force effectively. He attributes this to a deficit in India’s strategic culture, as well as to the marginalisation of the military and lack of institutionalisation and debate in the decision–making process.

Pant’s book is divided into four parts: Part I (Chapters 2-5) deals with India’s relations with major powers such as the US, China, Russia and the EU; Part II (Chapters 6-9) deals with countries in South Asia or such as Pakistan, Sri Lanka, Bangladesh, Nepal and Afghanistan. Part III (Chapters 10-13) looks at countries in India’s extended neighbourhood such as South East Asia, Central Asia, the Middle East and the Indian Ocean Rim, and as far away as Africa, North East Asia and Latin America. Part IV deals with thematic issues such as role of India as a security provider in South Asia, East Asia and Africa (Chapter 14), where Pant argues that India struggles due to structural and domestic constraints including constraints on the exercise of power or force. The nuclear debate is discussed in Chapter 15. He asserts that one of the greatest foreign policy achievements has been that India ‘has been able to find its way into the global nuclear order on its terms” (p.221). However, it remains to be seen whether India can come to terms with the global nuclear stage as a status quo power having been a revisionist power for almost four decades. Chapter 16 examines India’s relations in the context of multilateral institutions such as the World Trade Organisation and different summits on climate change among others. With respect to multilateralism, India has tried to strike a balance between collective interest and advocating its own interest. Contrary to criticism domestically, external critics aver that India is a virtual naysayer, and it negotiates hard on trade and climate change issues. Thus India is a good at gaining concessions in these areas, but not on strategic and military issues.

Pant rightly states that the book is an introductory book rather than a detailed examination of India’s FP and its foreign relations. He has clearly compromised depth for breadth, and still has not been able to provide a comprehensive overview. There is significant repetition within and across chapters – it is particularly noticeable that major parts of chapters 14 and 16 are covered earlier in the book. It would have been better to provide more in-depth discussion and analysis of themes in the first three parts rather than separate them in Part IV. For example, Chapter 13 on competition between India and China in the Indian Ocean could have been incorporated in Chapter 3 on India-China relations.

The book also suffers from numerous typing errors and requires serious editing. For instance, p.97 refers to Sheikh Mujib ur Rehman (assassinated in a military coup in 1975) as the husband of the incumbent Bangladeshi Prime Minister Sheikh Hasina. However, later in the chapter, Pant correctly states that he is Sheikh Hasina’s father. The book is also not without conceptual problems. For instance in Chapter 13, Pant states that the main aim of the first phase of India’s Look East Policy was to improve economic relations with countries in South East Asia in the wake of the collapse of the Soviet Union and the 1991 balance of payment crisis. However, this is only partly correct. Another important reason was to garner strategic space in East Asia because of the change in the international order due to the USA’s partial withdrawal from East Asia after the end of the Cold War.

Coincidentally and surprisingly, the edited volume by Ganguly has a similar structure to Pant’s book but the objective is to provide “the most well informed, complete and critical analysis of India’s external relations” (p.2). Engaging the World does provide a more comprehensive and in-depth – though not exhaustive – analysis of India’s external relations and broad contours of FP from 1947-2015 relative to Pant by incorporating chapters on India’s energy, nuclear and economic policies (Part 5, chapters 16-18). Some contributors have conducted interviews with government officials, strategic thinkers and experts in India and officials from the armed forces which augment the analytical robustness and empirical richness of the chapters.

Contrary to Pant who had a more realistic overtone drawing broadly from structural realism and occasionally from classical realism (although Pant never explicitly states that he is employing these theories), Ganguly uses the ‘three levels’ of analysis as the conceptual framework. This is derived from Kenneth Waltz, who postulated ‘three images’ in 1959 in his pioneering work ‘Man, the State and War: A Theoretical Analysis’. The first image refers to the individual or the leader – his cognition, values, beliefs, ideas and ambitions and how this affects FP. The second image refers to the state, including the executive, institutions of the state and state-society relations among others and their impact on FP. The third image refers to the international system and the systemic pressures which influences and constrains a country’s FP due to its material power capabilities – economic, political and military. In 1961, J.D. Singer redefined the ‘three images’ as the ‘levels’ of analysis.

Ganguly asserts that the book makes a theoretical contribution to the existing literature on Indian FP by employing this framework (p.3). Although it does make a significant contribution, this international relations (IR) ‘three levels’ approach is arguably not the best tool to provide an overview of a country’s FP over a almost seven decades, and it undermines the efficacy of the edited book. A better option would be to use approaches from Foreign Policy Analysis, a sub branch of IR which employs the levels of analysis as well as additional concepts and frameworks, which would provide a better and more comprehensive perspective of FP and the decision-making processes.

The contributors have largely adhered to the ‘three levels’ approach to evaluate India’s external relations with other countries and India’s FP. However, in Chapter 16, the author has not been able to comprehend the ‘third’ image and has been unable to distinguish between external factors and systemic pressures/constraints which should be the focus. For instance, the competition/rivalry from Chinese national oil companies (NOCs) and how it affects the acquisition of oil blocks by Indian NOCs seen in the context of broader Sino-Indian rivalry is an example to third image or systemic factors (p.438). Yet the contributor also refers to domestic politics in Bangladesh and its impact on India’s energy policy or construction of a pipeline, which is an external rather than systemic factor. The framework has also led to a lot of repetition across chapters with almost all contributors discussing it in their introductions. Chapter 18 provides a summary of India’s economic and external relations with all the countries in South Asia and the major powers – Russia. China and the US – which is covered in Part 1 and Part 2. However, this does mean the chapters can be read as standalone chapters which deal comprehensively with the subject matter at hand.

Apart from the shortcomings mentioned above, neither book discusses ‘panchsheel’. Otherwise known as the Five Principles of Peaceful Co-existence, the panchsheel signed in Beijing (then Peking) in 1954 between India and China form the key tenets of Indian (as well as Chinese) FP. In 1961, they also formed the basis of the Non-Aligned Movement established in Belgrade, Yugoslavia. Furthermore, although both books provide an overview of India’s foreign policy since independence, both fall short of providing a comprehensive account. The edited volume by Ganguly scores over others by discussing India’s relations with UK, France and Germany which is not covered in detail in other books which have dealt with India’s relations with the EU as a whole. Although Pant discusses India’s relations with the three European powers in separate sub-sections in the chapter, he does not provide a detailed analysis.

Although readers should be mindful of the shortcomings and limitations of both books, Pant’s volume will be relevant for undergraduate students who want a broad over view of India’s FP without getting into embroiled in the nuances. The edited book by Sumit Ganguly is a better read for post-graduate students and scholars looking for a more comprehensive analysis of India’s FP.

Dr Raj Verma is Assistant Professor of International Relations and Foreign Policy at the School of International and Public Affairs, Jilin University, China and Visiting Fellow, Institute for Defence Studies and Analysis, India. He is the author of ‘India and China in Africa: A comparative perspective of the oil industry’, Routledge. He is working on the manuscript of his forthcoming book ‘Neoclassical Realism, political economy and resource mobilisation’.

Dr Verma is a regular contributor to the South Asia @ LSE blog. You can view previous contributions here. 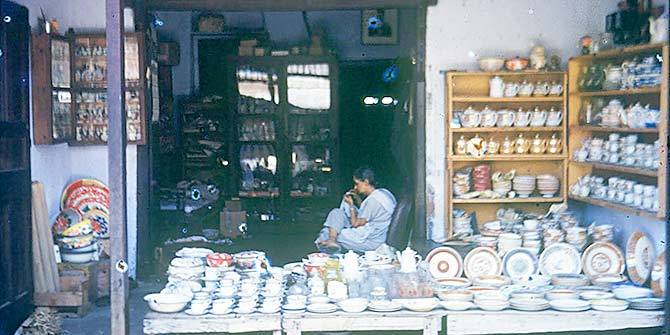 Book Review: Political Ideas and the Making of a Democratic Discourse by Gurpreet Mahajan