In Heading East, editors Karen Stoll Farrell and Sumit Ganguly explore and evaluate India’s relations and political, economic, diplomatic and security relations and engagement with Southeast Asia from 1991-2015. Raj Verma finds the book a valuable read for academics and non-academics who want to familiarise themselves with India’s engagement in the region and the influence of interest groups, non-state actors and other domestic factors on India’s relations with respect to ASEAN. 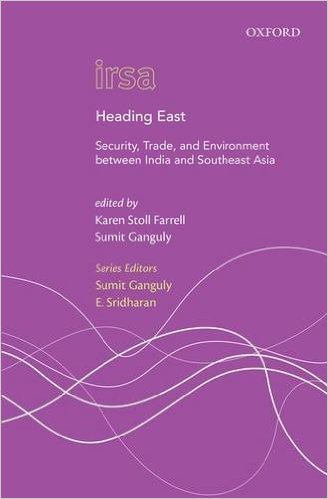 Historically, India has enjoyed strong relations with countries in Southeast Asia and today has substantial cultural power in the region with significant influence in Thailand, Singapore and Indonesia in particular. India was at the forefront of the Non-Aligned Movement so much so that at the historical Bandung conference in 1956, the text of Indonesian President Sukarno’s speech was drafted by Indian diplomats. However, relations between India and Southeast Asia cooled in the 1960’s due to India-China border conflict in 1962 and India-Pak war in 1965. They were marred further when India declined to become member of Association of Southeast Asian Region (ASEAN) formed in 1967, entered into alliance with the Soviet Union in 1971 and supported Vietnam’s invasion of Cambodia in 1979, as well as its occupation in the 1980’s. The Southeast Asian countries became even more suspicious of India in the 1980’s when it sent Indian troops into Sri Lanka under the aegis of Indian Peace Keeping Force from 1987-90, imposed economic embargo against Nepal in 1989 and projected its naval power in Southeast Asia.

After the collapse of the Soviet Union in 1991, there was a major shift in India’s domestic politics, economy and foreign policy. India lost its biggest patron in Soviet Union and under the Premiership of Narsimha Rao embarked on economic reforms leading to liberalisation and opening of the Indian economy. In 1991, Prime Minister Rao initiated India’s Look East Policy (LEP) in 1991 aimed at greater political, diplomatic and especially economic engagement with East Asian countries in search for new markets for goods and services and investment. However, the much celebrated LEP was never articulated officially so much so that no pronouncements were made and no white paper was issued. In 1995, India did not know what it wanted to achieve from LEP except for the broad goal of increased interactions with East Asia.

The edited volume by Karen Stoll Farrell and Sumit Ganguly explores and evaluates India’s relations and political, economic, diplomatic and security relations and engagement with Southeast Asia from 1991-2015. The edited book is the outcome of a conference organised by the US Dept of State in collaboration with Observer Research Foundation (an Indian think tank) in March 2015. The novelty of the volume is that contributors straddle different careers – academics, practitioners with specialisation in advocacy and policy focused research, journalists, bureaucrats and diplomats in India and abroad – and disciplines including political science, economics, international relations, development studies, geography and anthropology. This provides a range of different perspectives and the blend of academic and policy focus, opinions, debate and discussions offers a wide-ranging analysis of disparate aspects of India’s engagement with Southeast Asia. Most of the contributors have conducted interviews with government officials, strategic thinkers, experts and officials from the armed forces in India and abroad which augments the analytical robustness and empirical richness of their respective contributions.

The title of the book Heading East implies that India has not reached Southeast Asia and is in the process of doing so even after almost 25 years on engagement. India’s engagement with Southeast Asia since 1991 is divided into three phases: I from 1991-2002, II from 2002-2014 and III from 2014 onwards under Prime Minister Narendra Modi and his Act East Policy (AEP). The book is divided thematically into three parts with each part focusing on a different theme namely security (five chapters), trade (three chapters) and environment (three chapters) in that order. Each part more or less follows a pattern with an introductory chapter at the beginning followed by cases studies, which are based on field research rather than anecdotal evidence, giving the research greater credibility.

Part one emphasises both traditional and non-traditional security aspects in India’s engagement with Southeast Asia. The focus of this part is on Myanmar (three chapters) because it is the only country in Southeast Asia which shares a border with India. Moreover, both were part of the British Raj and share the same colonial legacy, and India has always considered Myanmar as its own backyard. Contributors argue that India has increased its diplomatic, economic and security engagement with countries in Southeast Asia because of China’s rise and the two ‘Asian Giants’ are competing for strategic influence in the region. All the contributors assert that India has to further increase its engagement in the region so much so that India might need a new policy called ‘Engage East’ Policy (a phrase coined by Secretary of State Hillary Clinton in a speech in Chennai, India on 20 July 2011) because acting is not leading to increased engagement.

The contributors also point to numerous domestic and external challenges which may limit the efficacy of India’s AEP. Security threats from separatist organisations operating in Myanmar and Bangladesh have and will continue to scupper India’s engagement with Southeast Asia. Furthermore, lack of coherent foreign policy and long term vision, lack of consensus amongst the governing elite and political parties policy paralysis, red tape leading to bureaucratic delays, corruption, inability to project its power beyond the Malacca Strait, lack of adequate infrastructure and aversion to liberalisation and globalisation due to the deep rooted socialist ethos in the political elite and the mass public will also limit India’s ability to engage meaningfully and meet the expectations of the countries in Southeast Asia.

Part two focuses on trade. Although trade and investment between India and the region has increased in the new millennium, it pales in comparison with China and all the contributors agree that India is in China’s slipstream. While the East Asia giant is the largest trading partner for the ASEAN as a whole and the largest trading partner for most of the ASEAN countries, India lags behind other countries and even Vietnam in Myanmar. Various bilateral free trade agreements have led to increased trade but as a whole India’s biggest trading partner in East Asia is still China.

India has been a part of various regional initiatives such as Bangladesh-China-India-Myanmar Corridor (BCIM); the Bay of Bengal Initiative for Multi-Sectoral Technical and Economic Cooperation (BIMSTEC) comprising of Bangladesh, India, Myanmar, Sri Lanka and Thailand; the Mekong-Ganga Cooperation (MGC); and the Regional Comprehensive Economic Partnership (RCEP) initiated by China among others. However, most of these have suffered due to delays and lacunae in policy formulation and implementation, lack of interest amongst member states such as Thailand in the MGC, corruption, regulatory issues and lack of adequate infrastructure. The contributors state that there is great potential for trade and investment between India and ASEAN and this will increase in the near future. They also point out the numerous problems such as lack of domestic economic reforms, lack of consensus among the political parties and India’s federal structure – division of control between the central and state governments over issues of law and order, taxation etc. – among others that need to be overcome and provide recommendations to solve these problems.

Part three focuses on the environment and more specifically in water issues relating to the Brahmaputra, Mekong, Ganga, Yellow and Irrawaddy rivers. The contributors assert that India and China suffer from energy security which has also led to securitisation of energy. The non-traditional energy security issue also becomes a national security issue between India and China due to territorial dispute over the state of Arunachal Pradesh – referred as South Tawang by China – which is administered by India but claimed by China. They discuss the issue of connectivity between India and the ASEAN countries through the construction of large scale infrastructure projects and assert that they are not environmentally friendly. Moreover, environmental safeguards are being flaunted or ignored in the name of national security and increase in trade and commerce. They also point out that for the projects and for India’s engagement to be successful, local and regional stakeholders should have greater participation in the development process. It should be pointed out that Chapter 11 can be a very technical read for a non-specialist.

The book does not take into account India’s engagement with other countries in East Asia such as Japan, South Korea and the Philippines which could have relevance to India’s Southeast Asian relationships, and it would have been better if the editors would have provided their own opinion of the numerous and diverse facets of India’s engagement with Southeast Asia in a concluding chapter. It is too early to say how this policy will unfold or where it will be successful in achieving India’s economic, political, diplomatic, security and strategic objectives. However, the book is a good read for students, academics, scholars and policymakers who want to familiarise themselves with India’s political economy, India’s relations and engagement with countries in Southeast Asia (especially Myanmar) and the influence of interest groups, non state actors and other domestic factors on India’s relations with respect to ASEAN.

Dr Raj Verma is Assistant Professor of International Relations and Foreign Policy at the School of International and Public Affairs, Jilin University, China and Visiting Fellow, Institute for Defence Studies and Analysis, India. He is the author of ‘India and China in Africa: A comparative perspective of the oil industry’, Routledge and Series Editor of Routledge Series on India-China Studies. 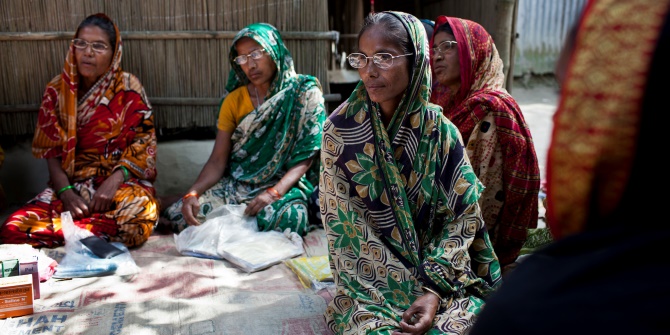 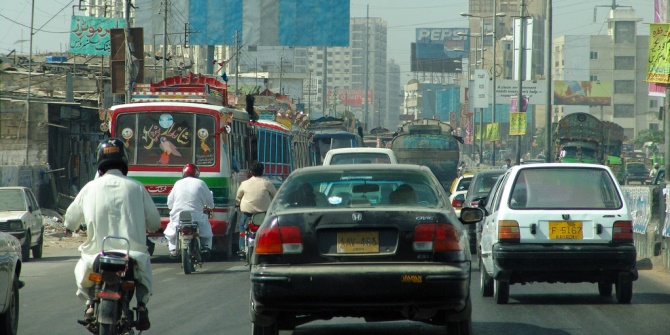 #LSEIndia2019 | Election Video Series: The View from the Ground. Episode 2