Last summer, LSE Social Anthropology student Alexander Spalding spent three months in Delhi interning at the Observer Research Foundation. Here he talks about his experience of getting to know the Indian capital and grappling with unfamiliar research topics.

Westerners often say that they come to India in search of themselves. As much as I dislike perpetuating this kind of orientalist exoticisation of India, I cannot help but feel as though India does have a certain way of helping individuals develop and grow. This is not to say, however, that coming to India will reveal some hidden totality that has remained unbeknownst to you prior to your arrival on the subcontinent. This is a concept that is best to be left out of the contemporary cultural imagination.

I arrived in Delhi at the beginning of July in order to undertake an internship with the Observer Research Foundation (henceforth ‘ORF’). The sensorial overload that is Delhi is nothing like anything I had experienced before. From electrical wires that meander through ancient back alleys like vines enveloping a proverbial urban jungle to cacophonous temple rituals that start at seven in the morning, from an anarchical form of traffic whose inherent logic still eludes me to cunning auto drivers who refuse to acknowledge the price quoted on their new government-issued meters; Delhi is not a city to be taken lightly, and requires a sophisticated repertoire of practical knowledge for its successful navigation.

During my internship, I was assigned to work with the think tank’s cyber security team. In this capacity, I spent the duration of my internship working on an issue brief that sought to convince the Indian Government to reform its current ‘dataveillance’ infrastructure so as to make it more ethically and legally accountable to the major stakeholders of the contemporary digital ecosystem. As someone majoring in social anthropology, the world of cyber security seemed as confusing and inaccessible to me as the city that I would be calling home for the next three months.

As time went on, however, the international digital ecosystem began opening up to me. Working for an organisation as prestigious as ORF provided me with an array of exclusive opportunities to delve into the topic, which eventually granted me with phenomenal insight into how the international community is to approach governing the modern cybersphere.

One of the tasks that I found particularly enlightening was in relation to my participation at a joint conference between the ORF and the World Economic Forum wherein the experience of digitisation in South Asia was discussed, with a particular focus on how collaborative regional coordination of this digitisation process can lead to intensified forms of cooperation and socio-economic empowerment amongst the various regional powers. It became apparent to me during this conference that questions relating to what kind of governance model is to be adopted in the management and evolution of the contemporary digital ecosystem will be some of the most pressing of the 21st century, particularly on account of how digitisation is occurring at an unprecedently rapid rate amongst the BRICS and the nation-states of the Global South more generally.

During the internship I also co-published a joint report with one of my supervisors on the various multistakeholder inputs that the Indian Government is going to have to take into consideration as it reformulates a new National Encryption Policy; an event that marks an important milestone in the evolution of contemporary Indian governance as the nation continues to be exposed to the forces of globalisation. This task proved to be particularly exciting on account of how it was born directly out of a joint discussion (that was organised by the ORF) between representatives of the various civil society, legal, governmental, and corporate stakeholders of the contemporary Indian digital ecosystem, including Dr Gulshan Rai (who is currently the First Chief Information Security Officer of India).

Delhi too began to become more accessible. Beneath the hazardous electrical wires one also finds the most energised and welcoming breakfast vendors; amidst the temple rituals one is exposed to the most breathtakingly colourful street parade; and the daredevil auto drivers leave you with an unprecedented and incomparable adrenalin rush. When the monsoon rains pitter-patter across the city’s perpetually polluted skyline as young children fly their multicoloured kites high in the sky, the city reveals a kind of beauty to its inhabitants that only comes through patience and painstaking seduction.

I came to India battered and bruised by a stressful exam period, medical complications, and a problematic personal life. Hectic deadlines at work, exasperating street scenes, and overwhelming culture shock (even for an Anthropology major) broke me down to the point where I was very close to leaving India prematurely.

But this destruction proved part of the rehabilitation process. In its ability to hybridise the embrace of Westernisation with the safeguarding of a truly local flare, the great dialectical enigma that is India takes those who come here from abroad and grants them the kind of confidence, resilience, and humility that is hard to come by. By obliterating the old, my internship experience has given me an invaluable education in what it is that I want in the future, and how I ought to go about getting there.

Alexander Spalding is a third-year student of Social Anthropology at the London School of Economics and Political Science. He spent his summer working with the Observer Research Foundation as a policy research intern with the think-tank’s cyber-security team in Delhi. While in India he also conducted ethnographic research on the way that former street children use the Delhi ‘street theatre’ scene as a therapeutic domain, and travelled extensively in Rajasthan and the Indian Punjab. 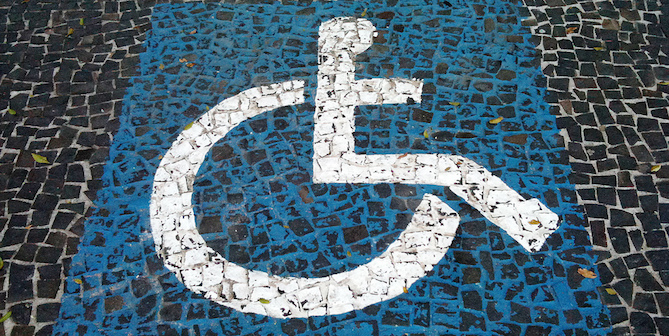 Guaranteeing children with disabilities the right to be heard