With less two weeks to go until the first local elections in almost 20 years, Bishal K. Chalise and George Varughese discuss the significance of this poll which – if successful – will help instil confidence in the new constitution and the democratic process in Nepal.

On 14 May, Nepalis will go to elections for newly-delineated local (village and municipal) governments. These comprise one of three constitutionally-mandated elections to be completed by January 2018. At the time they were announced, the news of elections at the local level brought mixed reactions from those who wish for some sign of progress in a country mired in protracted political conflict, to those who want their needs and interests addressed before elections can take place.

The local elections will be a significant step towards implementation of a new constitution that mandates a restructured nation-state reflecting for the first time in Nepal’s history a federal, secular republic with a plural political order and inclusive social character. If successfully concluded, the elections will instil confidence and ownership of the constitution in the general public and rebuild trust in the country’s choice of system of political representation. Additionally, successful local elections would ease the path for the two following elections to provincial and national government. Thus, local elections are closely linked with institutionalisation of the new constitution.

The election will also fill a longstanding political void at the local level. Local elections are being held after a long gap of 19 years and for only the third time since the advent of multiparty democracy in 1990. For almost two decades there has been an absence of elected officials at the village level and a palpable lack of local representation of concerns, interests, and needs in the country’s public policy and administration.

In the 1990s, the government tried to bridge the ever-widening gap between the state and citizens by promulgating the Local Self-Governance Act which attempted to give more autonomy to local governments. However, resource and capacity constraints at the local level combined with the decade-long conflict significantly limited positive effects of the well-intended Act. Most tragically during this period, elected local governments were dismissed and civil servants authorised to assume administrative as well as developmental functions. Combined with a provision of the interim constitution that required political consensus in government, these civil servants worked on behalf of all-party mechanisms that fuelled syndicate-like behaviour at the local level. The experiment was a governance disaster: the collusive tendencies among political parties, with no oppositions and the lack of accountability checks and balances, had a detrimental effect on local-level democracy and state efficiency. Such arrangements not only formalised local corruption in Nepal but also undermined the formal procedures of governance and institutionalised nepotism, lack of transparency, and informal decision making.

By returning to participatory governance next month’s local elections could halt and possibly reverse the downward spiral in local government mismanagement, culture of impunity, organised corruption, and citizen exclusion from decision making process that we have witnessed in the past 15 years.

Local elections would be a crucial step in addressing political marginalisation and point the way to truly participatory democracy and inclusive development. For example, the constitution mandates each political party to nominate at least one woman for head or deputy head position in the election. This should promote women’s participation in public life from the grassroots upwards – even though the most recent constitution amendment proposal to remove local elected representatives from the national electoral college significantly jeopardises that outcome.

Sweeping changes are probably coming to the country’s socio-political foundations that have survived for many years. The transition to a new structure will present opportunities and challenges at all levels of governance and society. At the national and regional level, there will inevitably be uncertainty and conflict between different levels of government as the transition takes place. At the local level, the transition will present opportunities to engage local communities in governance, but will also suffer from uncertainties that might cause confusion, conflict, and unrest at the local level. The resolution of conflict at these various levels will be important for the success of the transition in leading to improved governance at the sub-national level.

Rising dissent and grievances related to state restructuring in Nepal reflect both popular anxiety with the political process as well as the lack of facilitated dialogue to discuss and resolve emergent issues. Rather than descending into easy condemnation of transitional politics thus far and adopting tired positions staked by the venal political elite, the Nepali public have a real chance to take back the body politic and exercise their citizenship.

Whether from the hills or the plains, from the east or west, Nepalis can and should seek leadership of their own neighbourhoods and communities. That is a position of strength that matters most in a democracy. And they will be on the right side of history.

This article originally appeared in Nepali Times and is reposted with the author’s permission. It gives the views of the author, and not the position of the South Asia @ LSE blog, nor of the London School of Economics. Please read our comments policy before posting.

Bishal Chalise is an economist based in Nepal, and the President of Artha Foundation for economic and financial research in Kathmandu, Nepal. He is a graduate from Australian National University.

George Varughese is The Asia Foundation’s country representative in Nepal. He holds a joint doctorate in public administration and political science from Indiana University, Bloomington. 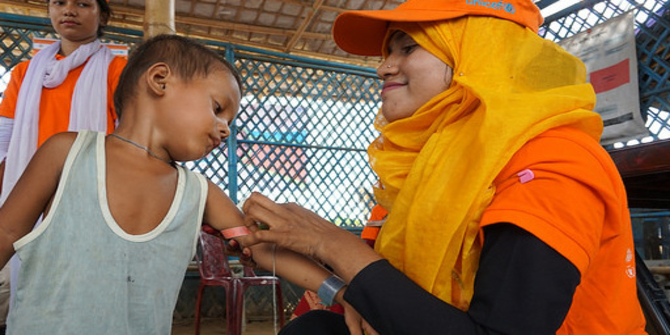 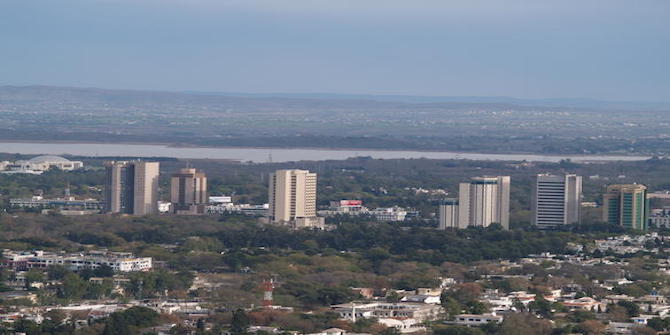 Bad Behavior has blocked 3608 access attempts in the last 7 days.