The re-election of President Rouhani in Iran will be welcome in India as the leader has played a key role in strengthening the bilateral relationship in recent years, writes Tridivesh Singh Maini. He discusses the shared geo-strategic interests of the two countries, but also the possible threats that India would do well to keep an eye on.

The Iranian election was being closely observed the world over, and the re-election of President Hassan Rouhani must have come as a relief to many countries. Rouhani trounced his opponent Ebrahim Raisi by a massive margin, winning 58.6 percent of the vote, while Raisi managed less than 40 percent (39.8). After Macron’s victory in France, this win is important because a relatively progressive economic and foreign policy agenda has prevailed over a conservative one.

A number of countries including India, China and South Korea have sought to consolidate economic relations with Iran, in the aftermath of the P5+1 nuclear agreement signed with Tehran in 2015. PM Modi visited Iran in May 2016, and a number of important agreements were signed during his visit. The pragmatic, visionary leadership of Rouhani has contributed towards enhancing the bilateral relationship.

Why Iran is even more important

Developments of recent weeks have only reinforced the point that Tehran is becoming exceedingly important for India’s connectivity with Central Asia, as well as in the fight against terror emanating from Pakistan.

Firstly, India’s strong stand against One Belt One Road (New Delhi refused to send an official for the Conference held on May 14 and 15) means that it will have to give greater attention to other important connectivity and infrastructural projects. The Chabahar Port, located in Baluchestan-Sistan Province in Iran (around 70 kilometres from Gwadar Port, which China is developing in Pakistan) will improve India’s access to Afghanistan and Central Asia, something which Pakistan has obstructed by continuously denying land access to India.

During the PM’s visit last year, an agreement was signed in which India committed to providing assistance of 500 Million USD for the project. A three-nation transport and transit corridor pact was also signed between India, Afghanistan and Iran, and India agreed to provide assistance for connecting Chabahar with Zahedan (Iran), Zaranj (Afghanistan) and there onwards into Delaram (Afghanistan).

PM Modi and Iranian President Rouhani both hailed these agreements. Afghan President, Ghani made an interesting point stating ‘We wanted to prove that geography is not our destiny… With our will, we can change geography.”

A number of other countries have evinced interest in the Chabahar Project. Japan has been increasing its investment in infrastructure in other regions – bereft of the conditionalities laid down by China – it has done so in a low profile manner. It first expressed its enthusiasm to join hands with India in developing the Port in September 2016, and the Japanese Ambassador to India, Ambassador Kenji Hiramatsu, in an interview to The Hindu on May 8 reiterated this willingness:

“We are interested in connectivity projects and to make sure that this region is free and open and an important port like Chabahar is good for regional connectivity…I can’t tell when it will materialise, but we have expressed our interest”.

The Chabahar Port also has the potential to be an important component of the International North South Transport Corridor (INSTC) which will help India to connect with Russia and Europe more cheaply and efficiently. INSTC proposes to transport goods from Jawaharlal Nehru/Nava Sheva and Kandla ports (Gujarat) to Bandar Abbas (Iran) by sea. From Bandar Abbas, the goods will be first transported to Bandar-e-Anzali (an Iranian port on the Caspian Sea) by land. From Bandar-e-Anzali goods will move to Astrakhan (a Caspian port in Russia) by sea. The goods would then be transported into the Russian Federation, and Europe via Russian railways. A dry run of the North South Corridor was carried out in April 2017.

INSTC could well be India’s answer to China’s OBOR project – albeit at a much smaller scale. However, India needs to exhibit alacrity in going ahead with these projects. While other countries like Russia and Japan are willing to join hands with India, they often complain about excessive red tape.

Recent statements made by the Iranian Military Chief following the killing of Iranian Border guards by Sunni militants operating from Pakistan also brings to the fore the strategic convergence between New Delhi, Tehran and Kabul on terror emanating from Pakistan. Major General Mohammad Baqeri remarked, “We expect the Pakistani officials to control the borders, arrest the terrorists and shut down their bases…if the terrorist attacks continue, we will hit their safe havens and cells, wherever they are”.

In such a situation, New Delhi’s ties with Iran are extremely important. There are certain factors which India needs to keep in mind going forward.  Firstly, US approach towards Iran needs to be carefully watched. The Trump Administration has given indicators that it may be more hawkish than Obama towards Iran, though a State Department statement categorically confirmed that the nuclear agreement signed in 2015 between Iran and P5+1 countries will not be scrapped. Yet, the Trump administration has been clearly tilted towards GCC Countries, as was evident from the US President’s address to the Arab-Islamic US Summit on May 21. Although Iran has not violated any provisions of the nuclear agreement Trump declared:

“It is a government that speaks openly of mass murder, vowing the destruction of Israel, death to America, and ruin for many leaders and nations in this room,”

Recent irritants between Iran and India

Despite the agreements and strategic incentives for a close relationship, there have been differences between Tehran and New Delhi, first over the Chabahar Port, where New Delhi has cited the Iranian delay in filling in required paperwork for financial assistance as the key reason for sanctioning of funds.

Tensions have also arisen over the Farzad B gas pipeline. The Farzad B gas field was discovered by India’s state-owned ONGC Videsh Ltd (OVL) and both sides had agreed to jointly develop the oil field jointly over a decade ago. Following the sanctions imposed by the US, India developed cold feet. In the aftermath of the US-Iran thaw, as a consequence of the Nuclear deal signed in 2015, India evinced interest in developing Farzad B through a consortium led by OVL. However, recently Iran expressed reservations over the plan submitted by OVL for development of Farzad B. India in turn threatened to reduce oil imports from Iran.

Both sides take this issue seriously, and a high level delegation led by Indian Foreign Secretary, S. Jaishankar met with Iranian Petroleum Minister Bijan Zangeneh to discuss the issue. It was decided that OVL officials will meet with National Iranian Oil Company (NIOC)

In addition, India must keep an eye on developments between its neighbours: Iran has close relations with Beijing and it remains to be seen if China will play any role in bringing Islamabad and Tehran closer. I Strained ties between US and Iran, will be harmful to India’s economic and strategic interests.

For now, New Delhi will be more than pleased with Rouhani’s emphatic triumph. The Iranian president has made concerted efforts to strengthen ties with India, and these are only likely to deepen if India plays its cards right.

Tridivesh Singh Maini is a New Delhi-based policy analyst associated with Jindal School of International Affairs, Sonipat. His areas of interest include the India-China-Pakistan triangle, the role of India’s state governments in foreign policy (especially the economic dimension), and federalism in India. He was a South Asian Voices Visiting Fellow (January-February 2016) at the Stimson Center, Washington DC and a Public Policy Scholar with The Hindu Centre for Politics and Public Policy, Chennai ( 2013-2014). He has previously worked with The Observer Research Foundation, New Delhi and The Indian Express, New Delhi. Maini is a regular contributor for The Diplomat, Global Times and Quint.

Help India to live in its villages 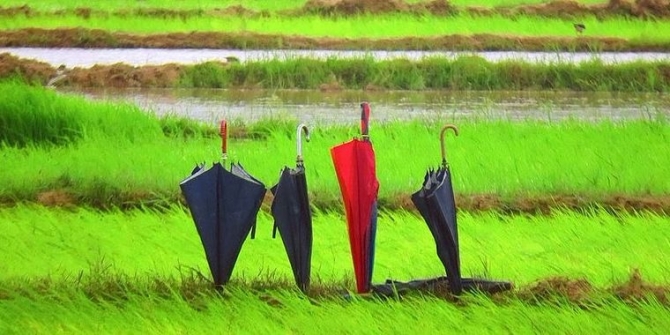 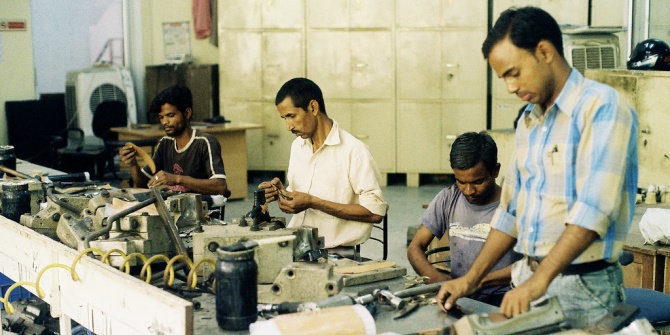