Ankur Datta, a social anthropologist, draws on his doctoral thesis to chart the experiences of Kashmiri Pandits who migrated from the Kashmir Valley in 1990. His book addresses themes of violence and victimhood in the context of forced migration. Mark Mistry finds Datta’s testimony on Kashmiri Pandits’ displacement compelling, yet is left frustrated by the missed opportunity to delve further into the vexed question of their return.

Over the past few years television images of huge numbers of people being forced to leave their homes owing to violence, or its likelihood, have sadly become all too familiar. The plight of the Rohingyas is the latest horror being beamed into our living rooms, their desperate circumstances magnified by Burmese leader Aung San Suu Kyii’s failure to acknowledge their citizenship, let alone their suffering.

On the other side of the subcontinent, in Jammu, India, more than 100,000 Kashmiri Pandits – Hindu Kashmiris – live in limbo having left the Valley almost 30 years ago amid a fierce insurgency that continues to this day. The story of their departure is one that echoes current anxieties in Jammu & Kashmir, where a weak State government grapples with decades-old militancy borne partly out of the brutality of Indian security forces sent to tame it.

Kashmir’s history, as Datta remarks early on, remains ‘caught in conflict’. This is an important point, and it does the author credit to acknowledge the contested nature of Kashmiri Pandits (KPs) exit. Indeed, Nitisha Kaul, Assistant Professor of Politics and International Relations at Westminster University, goes much further, noting that ‘almost every narrative on Kashmir is landmined with vested interests’. Clearly, the issue of KPs remains a sensitive one, subsumed into the wider struggle between competing narratives in Jammu & Kashmir.

To recap briefly, the thwarting of the Muslim United Front in the 1987 State elections is widely held as setting the course for the terrible violence that followed in Indian-administered Kashmir. And, as the insurgency unfurled, militants turned on Kashmiri Pandits as a symbol of India and the historic oppression of the Valley’s Muslim-majority population. Datta cites 19 January 1990 as the turning point when slogans of ‘Azaadi’ (freedom) were accompanied by specific instructions, issued from minarets (according to evidence heard by Datta), to target Kashmiri Pandits. One of the book’s fascinating facts is that the majority of Pandits ‘expected to return home by the end of summer’, yet more than 100,000 had fled the Kashmir Valley by the end of the same year.

Praveen Donthi, a well-respected Indian journalist who has reported extensively on Kashmir, has implicated the State’s now deceased Chief Minister Mufti Mohammed Sayeed in creating an atmosphere that normalised the targeting of Hindu Pandits.

Pandit community leaders I met in Jammu concurred on the question of Sayeed’s involvement. “Mufti engineered the riots,” Ajay Kumar Chrungoo, chairman of Panun Kashmir, an organisation of exiled Kashmiri Pandits, told me. He claimed that the Congress “constituted a committee that indicted Mufti, but the report was never made public.”
— “How Mufti Mohammad Sayeed Shaped The 1987 Elections In Kashmir” by Praveen Donthi in The Caravan, January 2016

Datta continues: “Another cause for the exodus is attributed to the Indian state and especially Jagmohan, the appointed governor of the time who is said to have engineered and encouraged the Pandits to leave the valley to prevent casualties among supporters of the Indian state and to discredit the movement for independence.”

For balance, it must be noted that the Government of India’s involvement is disputed by former Research & Analysis Wing chief AS Dulat. In his book, Kashmir – The Vajpayee Years, the former head of India’s external intelligence agency wrote: “I would like to put on record the fact that though I’m no fan of Jagmohan…I saw no evidence of him pushing out the Pandits.”

Lives of the displaced, and relations with those who remain

Before leaving Kashmir, Pandits inhabited senior roles within the State bureaucracy, drawing on their reputation as dependable administrators under Dogra rule. Datta is at his sharpest when documenting social decline and the monotony of life in the camps. He writes: “I was often told by teenage boys and young men that there is little to do except walk up and down the road with friends”, adding “much of the trauma of displacement is related to reconciling the loss of previous status with the discontent of the present”.

Alas, much of the force of Datta’s evidence is dented by its age. The bulk of his fieldwork was conducted in Jammu from November 2005 to December 2006 and from March to April 2007, with a short spell in New Delhi also in early 2007. Yet his book contains some fine observations. Quotes from elderly Pandits on their relations with their Muslim inhabitants of the Valley accord with views I’ve heard on several trips to the Valley since 2013. “When we were in our village in Kashmir everything was fine. We had our families. We were with the Muslims and the Muslims were with us.”

Politically too, there is universal acceptance of KPs’ belonging. The Jammu & Kashmir Liberation Front, a former militant group now active in pro-freedom politics, “has asked repeatedly for the return of the Kashmiri Pandit community to the valley” respected academic Mridu Rai documented in her seminal text Hindu Rulers, Muslim Subjects – Islam, Rights and the History of Kashmir (2004).

Unfortunately, the experience of displacement, Datta tells us, has dimmed relations between the two communities over time: “for younger Pandits and increasingly for some of their elders, the Muslims are responsible for the expulsion and dispossession of their community.”

Jarringly, the chapter subheading ‘Rethinking the Past: Relations with Muslims’ gets less than three pages. The content is balanced but feels inadequate, and does little to address the vexed question of the Pandits’ return. For example, the issue of Sainik colonies (feared by many Kashmiris as a copy of Israeli-style settlements that dominate the West Bank at the expense of Palestinians and in contravention of UN resolutions) goes unexplained. The book was published in 2017. A little more recent context would have gone a long way.

Us and them? How Kashmiri Pandits became pawns of Hindu nationalism

Datta is stronger on links between Kashmiri Pandits and Hindu nationalists: “In the early days of displacement, many demonstrations were supported by Hindu nationalist organisations, while prominent members of the BJP purported to represent KPs in Parliament”. In Reflections, the concluding chapter, Datta notes the relief provided to KPs in J&K has deepened their relationship with the Indian state: “The Pandits…are useful to Indian nationalists to discredit Kashmiri nationalism.”

While it’s true that KPs were ruthlessly targeted by those wishing to sow discord among the Valley’s inhabitants for their own ends, multiple testimonies, both past and present, speak of a harmonious existence between the two communities. This narrative is being lost amid the rabid nationalism that has permeated Indian political and societal discourse since Narendra Modi became Prime Minister.

Consequently, given the disputed nature of the KPs’ departure and the subsequent adoption of their cause by Hindu nationalists, contemporary fiction and poetry can perhaps be a better guide to understanding the experiences of their displacement and struggle. Two excellent examples include Salman Rushdie’s Shalimar the Clown and Agha Shahid Ali’s Farewell, from his collection The Country Without a Post Office. Both convey the futility of Kashmir and its Hindu inhabitants with more clarity and verve than can be achieved by a doctoral thesis. Indeed, the pathos of Ali’s poetry reflects the hurt caused to both sides by the Pandits’ untimely departure from the Kashmir Valley.

At a certain point I lost track of you.

In your absence you polished me into the Enemy.

Your history gets in the way of my memory.

I am everything you lost. You can’t forgive me.

I am everything you lost. Your perfect Enemy.

Your memory gets in the way of my memory:

I am being rowed through Paradise in a river of Hell:

Exquisite ghost, it is night.

I’m everything you lost. You won’t forgive me.

My memory keeps getting in the way of your history.

There is nothing to forgive. You can’t forgive me.

I hid my pain even from myself; I revealed my pain only to myself.

There is everything to forgive. You can’t forgive me.

If only somehow you could have been mine,

what would not have been possible in the world?”

— Excerpts from ‘Farewell’, from The Country Without a Post Office by Agha Shahid Ali

Mark Mistry is a freelance journalist who has reported from Indian-administered Kashmir, and elsewhere across South Asia, for the Wall Street Journal, The Independent, Frontline Club and The Wire among others. He has contributed four previous articles on Kashmir to the South Asia @ LSE blog. He lives in London and tweets @mark_mistry. 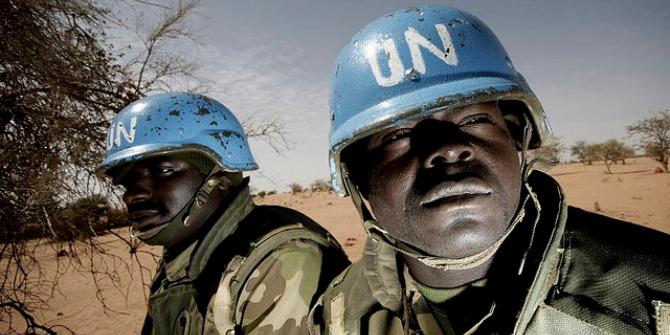 Bad Behavior has blocked 2822 access attempts in the last 7 days.