How can Bangladesh’s public officials be dissuaded from either the misuse or non-use of power? Dr Khurshed Alam proposes that for the public good, enhanced systems of audit and accountability are required.

In the constitution (clause 21) of Bangladesh, the public servants’ role is mentioned as (1)“…to perform public duties…” and (2) “Every person in the service of the Republic has a duty to strive at all times to serve the people”, and yet people often complain about misuses of power in Bangladesh. Indeed, the media – particularly the print media – frequently publishes reports on misuse of power and of different power-wielders who hold positions particularly in the government hierarchy, for example, corruption of the ex-rajuk chief, the former coast guard DG, and other government officials.

The misuse of power

Even petty vendettas are pursued through public resources. On December 4th, the retired Civil Surgeon of Lakshmipur was sentenced to three months imprisonment by a mobile court centering a personal clash with Additional Deputy Commissioner of Lakshmipur which may be cited as an example of misuse of power. It created a sensation among all people including officials of various departments of the government. The High Court ruling, in a clear verdict about stopping the misuse of power stated that the Additional Deputy Commissioner and his accomplice be transferred to posts where they will be unable to misuse their power.

Many articles have been published in the newspapers on the misuse of power in Bangladesh contrary to people’s expectation. For example, in recent times news is coming almost every week about the sanction of bank loans by the bank board members without proper verification of documents submitted by the borrowers. News is often published about misuse of power in the case of employment in the government agencies and other autonomous bodies. Allegations are there even about recruitment of teachers in the public universities on political considerations and other reported instances of misuse of power take place in the case of employment, promotion, allotment of government plots, sanction of bank loans, tender awards, overseas training and visits, posting, promotion, etc.

The non-use of power

But it is the non-use of power or inaction by authorized persons that is even more harmful to the nation and society. For example, the health ministry is only half a kilometer away from Dhaka Medical College Hospital, where people do not get quality service but after further verification, it was again confirmed that the person responsible for supervision [position withheld] seldom visits the hospital. This does not match with the constitutional obligation as noted in the opening paragraph.

Another area where the non-use of power affects the lives of citizens concerns the serious drainage problem of Dhaka city due to the lacking coordination among different agencies. Lack of coordination among utility service providers whilst digging up city roads for various works causes the loss of important development funds. It becomes worse during the rainy season, when roads and pavements are dug up to lay sewerage or gas pipelines, or electricity or telephone cables in urban areas. Various parts of the capital go knee or waist-deep in water, and sewage mixed with rain water makes the lives of city dwellers unbearable. Officials often refer to lack of policy. But that policy to be prepared by the agency officials; not by the citizens of the country. Prime Minister Sheikh Hasina urged to her cabinet colleagues and secretaries to be more active and sincere in implementing the projects and development programmes which would suggest that she too noticed the shortage of initiatives even amongst her political colleagues. 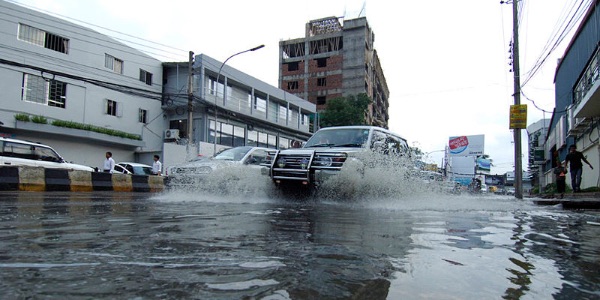 It is always easy to identify the misuse of power but the non-use of power or inaction by any government official has rarely been reported on. It, however, does not mean that there is no action ever taken against non-use or inactions of officers. Actions are taken against that inaction when serious crisis occurs which becomes talk of the town or the country due to media or due to animosity of the senior officer with any junior officer.

In general all officials are given their charter of duties by their respective department or agency head. These days at the entrance of some agencies citizen charters are posted but those have not been followed by the respective department to the desired extent. Now each year, the secretary of the ministry signs the Annual Performance Agreement (APA) on behalf of the minister with cabinet secretary as representative of the prime minister. In the APA signed on July 1, 2016 for FY 2016-17 of the Ministry of Health and Family Welfare showed that ‘lack of skilled human resources, poor management, lack of morality in the health service sector, irregular attendance of the officials and lack of governance’ are the major challenges. The APA contains some targets to be achieved by the ministry. People of the country do not see much impact of that in their daily life as so many visible problems do they encounter in their everyday life. The APA even could not ensure punctuality of the government officials in last few years.

Some attempts to bring about a change in the system or some kind of accountability are being created there which are not viewed enough. For example, the Ministry of Planning has a unit called Implementation Monitoring and Evaluation (IMED) which monitors on-going projects and evaluates some selected projects annually. But there is a need to have a unit to assess the service delivery through annual monitoring and evaluation under that ministry. At present some indirect assessments are made by different agencies and departments including UN agencies, World Bank, ADB or TIB. A direct attempt is needed there to ensure compliance to the constitution to remove the inaction of the government officials in Bangladesh. People in general also need to raise their voice against those non-actions.

Indeed, inaction is causing the loss of billions of dollars to the citizens in addition to mental agony and other sufferings which are to be taken care of. For instance, last year there was only a slow movement to import rice after devastating flood entailed sufferings to the millions of poor people of the country. The time has come to focus on this inaction more than ever before. For that the following should be implemented:

It is only if these and more measures are taken that local and national governance in Bangladesh can rid itself of the misuse and non-uses of power that impede development and people’s everyday lives.

Dr Khurshed Alam is the Chairman of BISRT. He worked as a senior consultant for various government departments, World Bank, ADB, JICA and USAID. He was involved in preparing the national plan for the country by the government of Bangladesh in 2008. He was also a university teacher. He has published numerous articles in international journals and books. He can be reached on khurshedbisr@gmail.com and www.drkhurshedalam.info/

Bad Behavior has blocked 1188 access attempts in the last 7 days.