Nepal’s success or failure hinges on how effectively the governments at all levels can deliver public services, which demands proper fiscal and investment management. Mukti Subedi and Bishal K Chalise write that the national framework for public financial management, particularly in the context of transition to federalism, is non-existent.

Two years ago, Nepal adopted a new constitution which was a culmination of a decade-long peace process following the end of the Nepali Civil War. The Constitution restructures the country into ‘federal democratic republic’ from unitary-monarchical regime. Hence, instead of one monolithic central government, Nepal now has three-tiered —753 local, 7 provincial and a federal-level — of governments, all drawing their autonomous state power from the constitution. Moreover, the country also witnessed a landmark election. With the election of thousands of representatives: 35,038 at the local level, 550 at provincial level and 335 at federal level, in which a third of whom were women elected.

One notable feature of the election campaigns was rhetoric of ‘economic development and prosperity’. This prominently featured in election manifestos of political parties of all sizes and political inclinations. The election manifestos list out ambitious infrastructure projects for all three levels of governments from building hydropower plants to highways and airports to cross-border railways connecting neighboring countries.

While the plan may have rightly captured the ‘mood’ and aspiration of the public for rapid economic progress, there has been no systematic assessment of the investment need of the country. Additionally, national framework for public financial management, particularly in the context of transition to federalism, is non-existent.

Nepal’s public financial management is characterised by low investment. For the period of 2007-2015, for instance, average investment to GDP ratio was meagre 4.5 per cent. This is far less when compared even to low-income countries (9.5 per cent) or other South-Asian countries (7.1 per cent). This level of investment is simply inadequate to achieve the rate of sustainable economic growth needed to attain the prosperity so vocally promised by country’s political leaders.

However, the problem not only lies in the inadequate levels of new investment but also the management of existing public investment. The Capital-Output ratio which measures the output or income required to form additional unit of capital is very high. The country’s 14th periodic plan estimates the ratio to stand at 5.2 on average. The measure for major infrastructure sectors like road and hydropower stands at 29 and 9 respectively. Average capital expenditure in past decade remained below 75 per cent of allocation. This is very unusual phenomenon for the least developed country like Nepal that envisions to become middle-income country by 2030.

A report from the World Bank estimates average completion time for energy road, and irrigation projects to be 9, 12 and 16 years respectively. The longest running project is ‘under-construction’ for 38 years.

The low level of capital expenditure and causes of underlying inefficiencies can be traced to outdated methods of centralised planning and decision making, bureaucratic incompetency and widespread corruption. Yet, more worryingly, this public investment management menace is a political choice.

There is ever growing tendency of government in power to make populist investment decisions to score short-term political gains. Projects are selected not for economic return supported by socio-environmental feasibility but to keep the respective constituency happy or to benefit coterie of cronies. Consequently, large number of small-scale projects with low capital formation value get preference over large-scale undertakings.

Moreover, there is strong liking for writing distributive budget in form of, say, social security cash hand-outs. This, combined with fiscal indiscipline, has resulted in rapidly growing recurrent expenditures while capital investments remain low and unexpended.

The picture is still fuzzy on how the problem of management of public investment manifest itself in federal settings with three levels of governments after adoption of the new constitution. Such expansion of government structure is likely to create some  resource crunch, although issue is unlikely to create any kind of fiscal crisis as some have claimed. Yet there is more pertinent challenge of preventing ‘trickledown of corruption’ and  decentralisation of fiscal indiscipline that now exists at central level.

It is important to note here that local governments under the new constitution have legislative powers to write laws and regulation, design policies and programmes, allocate and monitor budget, and issue licenses and contracts. This means, instead of being administrative extension of central government, these local units enjoy considerable autonomy.

Such autonomy creates heterogeneity of local government jurisdiction, making it very difficult to design, enforce and monitor standards in effective budget constraints. For instance, limits to borrowing from the Centre. In the absences of robust accountability framework to check actions of local governments, risk of fiscal anarchy runs deep. If some of the early decisions made by local government officials are any indication of their future actions, the risk is real.

For example, within few days of holding office, local officials decided to increase the amount of social security transfer, which was seen as ‘political publicity stunt.’ Similarly, others were indulging in seemingly unnecessary foreign travel with public money or charging hefty sum as meeting allowances. The list goes on.

The second type of risk is related to ‘inter-temporal common pool’ problem, which refers to the tendency of policymakers to make decision today regarding use of common pool resources that might have negative consequences tomorrow. Take for instance, many local governments are considering natural resources — like river sand, boulders, and so on — as major revenue sources. In order to run deficit budget, they are issuing permits to extract such resources in an unsustainable manner. Such myopic decisions will result in imbalanced resource management and investment planning and consequently, a massive environmental catastrophe.

Federalism in Nepal has come with greater promises but also abounds with uncertainty. The success and failure of national and regional governments hinges on how effectively they can deliver public services, which demands proper fiscal and investment management founded upon proper check-and-balance framework at local level.

In order to do more with the available resources, all three-tiers of governments should pay serious attention to effective public investment management. Going forward, Nepal needs to create a concerted national framework of public investment management that links and checks fiscal behavior of different governmental units while keeping intact their autonomy in decision making.

At the implementation level, elected politicians and bureaucrats with technical expertise need to work together to appraise, select, implement and evaluate projects (particularly in infrastructure projects). The government needs to build institutional capacity and make prudent financial management division in using whatever limited resource the country has at its disposal. Otherwise, federalism would be blamed for not fulfilling Nepali dream of peace, economic development and prosperity.

Mukti Subedi is Officer at Ministry of Federal Affairs and Local Development, Nepal.

Bishal K. Chalise works as Research and Program Officer at Niti Foundation, a policy research institute based in Kathmandu. 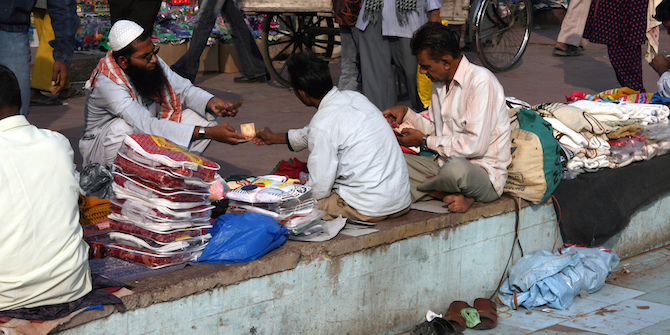 Bad Behavior has blocked 1803 access attempts in the last 7 days.