The Modi government’s 2018 budget is on the right track, but under-funded writes Aarati Krishnan. It lacks adequate financial outlays and details to see some of the big-bang announcements through, have cast doubts on whether this budget will deliver on what it promised.

While taking stock of India’s Union Budgets after the dust has settled, is always difficult to decide if one must assess them for their policy initiatives or their ability to make the fiscal ends meet. The Modi government’s 2018 budget, the last full one before it contests elections in 2019, is a half-way house between the two conflicting objectives.

The budget was unerring in identifying the key sources of economic distress and suggesting palliative measures to address them. But the lack of adequate financial outlays to see some of the big-bang announcements through, and the lack of detail on many of them, have cast doubts on whether this budget will deliver on what it promised.

For instance, acknowledging the dent to farmer incomes from sharp declines in the prices of key crops last year, the Finance Minister has made a promise to declare support prices that assure a 50 per cent mark-up over costs to the farmer, with wider crop coverage. But farmers’ organisations have since pointed out that much would depend on the definition of ‘cost’ used in these support price calculations. If variable costs alone are taken into account (which they are already), the 50 per cent mark-up will not materially prop up farm incomes. If fixed costs are added into the mix, the number-crunchers counter, the 21 per cent hike in food subsidy allocations budgeted for FY19 would fall far short of the requirement.

India’s low public spending on health, education and social security nets has been a recurring cause for heartburn among taxpayers. In active recognition of this, there were a clutch of new ideas in the budget targeting these areas. On education, the budget mooted a new teacher training programme for 13 lakh teachers, a transition to the digital medium for school instruction and a new financing agency for revamping higher education infrastructure. But the 4 per cent hike in the budget outlays on education for FY19 (over revised estimates for FY18) is under-whelming when measured against these objectives.

Similar is the case with healthcare. After announcing a flagship National Health Protection Scheme to provide an insurance cover of Rs 5,00,000 a year to an ambitious 10 crore poor families, the budget raised its outlays on healthcare by a mere 2 per cent (roughly Rs 1,500 crore). Details of this scheme – the nature of insurance cover and its coverage, the identity of the insurance provider, the quantum of subsidy – are still up in the air and being furiously debated. Meanwhile, ballpark estimates of its cost to exchequer range anywhere from Rs 10,000 crore to over Rs 1.25 lakh crore.

There are two positive aspects in this budget with respect to ideas and outlays that are positive though. One is this Government’s willingness to allow State agencies to actively explore extra-budgetary resources, private partnerships and market borrowings, to get their initiatives off the ground, without relying entirely on budgetary allocations. Here, the proposal to widen and deepen India’s nascent bond markets through greater disintermediation and corporate participation, is quite welcome. The second welcome feature is the budget’s emphasis on non-monetary initiatives to improve ease of doing business and raise the bar on governance, by continuing to leverage technology and e-governance tools.

Frugality on the fisc

While the budget fine-print on outlays proved quite disappointing to the special interest and lobby groups, it went down well with a majority of economic commentators.

With sluggish nominal GDP growth scuttling tax revenues, most forecasters expected an overshoot on the fiscal deficit target this year (FY18). The revised estimates show that FY18 may indeed end with a Central fiscal deficit of 3.5 per cent to nominal GDP, as opposed to the 3.2 per cent target set in last year’s budget, in accordance with the Fiscal Responsibility and Budget Management (FRBM) rules.

The deficit overshoot, though material, is not alarming because it originated more from revenue shortfalls, rather than profligate expenditure. The revised estimates for FY18 reveal that the Centre’s aggregate spending, at Rs 22.17 lakh crore is expected to exceed budgeted estimates by a relatively modest 3.3 per cent. A poor show on revenue receipts (mainly owing to non-tax items) and the statistical anomaly triggered by the transition to the Goods and Services Tax (eleven month’s collections in place of 12), is expected to lead to a 0.7 per cent shortfall in revenue receipts.

The GST anomaly is likely to be ironed out next fiscal, with teething troubles on this landmark tax reform likely to be sorted out as well. India’s economic growth projections for next year are rosier (IMF projects a real GDP growth of 7.4 per cent in FY19 versus 6.7 per cent in FY18) and inflation is likely to resuscitate nominal growth. This will likely lead to tax buoyancy. Overall, if the NDA government manages to stick to its conservative spending plans for next year (10 per cent growth in total expenditure against 15 per cent growth in revenue receipts), reining in the fiscal deficit to 3.3 per cent in FY19 should not prove overly difficult.

Indeed, the NDA regime needs to be credited for material and consistent improvements in India’s fiscal parameters over the last four years of its term, despite the slippage this year. Between FY14 (the year it was elected into power) and FY18, the Centre’s fiscal deficit to GDP has dropped from 4.5 per cent to 3.5 per cent, the revenue deficit from 3.2 per cent to 2.6 per cent and its sovereign debt-to-GDP ratio from 50.5 per cent to 49.3 per cent.

However, continuing frugality, while it may win brownie points for the ruling regime from economists and global rating agencies, may not cut much ice with the electorate.

Which is why the NDA government’s performance on fiscal front in FY19 will be the true acid test of its reformist credentials.

Aarati Krishan has tracked the Indian economy and financial markets for the last two decades and is an op-ed writer and editorial consultant with The Hindu group of newspapers. She tweets @AaratiKrishnan ‏ 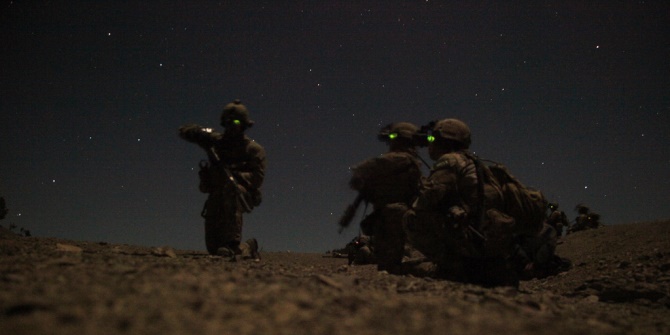 Bad Behavior has blocked 971 access attempts in the last 7 days.