In February 2018 LSE South Asia Centre, in collaboration with the Department of Law, hosted Dr Adiya Sondhi to deliver a lecture on “Democracy and Defiance in the Supreme Court of India“. Edited excerpts from a Mahima A. Jain‘s interview with Dr Aditya Sondhi:

Mahima Jain (MJ): Can the press conference held on 12 January 2018 by the four Senior Justices be seen as a starting point of transparency within the Judicial system in India?

Aditya Sondhi (AS): Though the house is divided on this, I tend to endorse this move. We have to see certain facts for themselves: the stature of the four judges who have spoken up (Justices Ranjan Gogoi, Kurian Joseph and Madan B Lokur besides Justice Chelameswar), and the fact things need to be talked about more openly is a welcome development. The problem lies in the fact that there are not enough mechanisms within the system to address this, and the judges would have very reluctantly taken it public. But in my opinion, it is hopefully a step towards greater transparency. In that sense, this is a watershed.

MJ: There are people who see it as opaque and who consider this ‘holier than thou’…

AS: The Indian Supreme Court is at head of the political high table, and therefore its role is preeminent in Indian democracy and it cannot afford to be opaque. Holier than thou, yes: in terms of having an exalted position due to credibility, track record, and the quality of its judgements (by and large). But opacity by itself is not a virtue, and does not have a place in modern institutions. While there are people who say these issues must have been resolved internally, the fact remains that there are no internal mechanisms to resolve this. Even here in the UK I have read about judges submitting reports to the Parliament and giving interviews to the media. But that does not take away from their position or stature. I think the absence of such mechanisms in India is really the issue.

MJ: However, the timing begs the question if there is a risk of politicisation of the issue and institution.

AS: I have no reason whatsoever to believe that the four judges are coming from a place of political motive. They are four very different judges and all of them have no known political leanings, and all of that adds moral conviction to what they have done. From perspective of the move itself I do not see any political motivation.

The Prime Minister has said that the Supreme Court should be left alone, and that in itself is a welcome statement. But the government’s conduct must align itself with this view. I personally feel that this episode should not lead to the politicisation of the institution. In terms of change, there are two things: the Court needs to come together to resolve this gracefully and speak in one voice going forward; and address the issues that the four judges have raised in the letter. And that in itself is a step forward.

The Memorandum of Procedure (for appointments in the higher judiciary) is not a new problem and there have been instances when the Central government has not acted upon recommendations and sent them back to the Supreme Court (as most recently done, in the case of Justice KM Joseph). But in fairness when the file has been returned for the second time, almost always the central government has gone on to make appointments.

It comes from a certain respect and separation that exists. I am quite sure if the Supreme Court cracks the whip (if needed) this situation will be addressed here as well.

My only concern is that if the Supreme Court is seen as a divided house, an opportunist government may sometimes want to exploit this situation. Because the balance of power in India today is such that the Supreme Court has the last word on almost everything. That is a welcome situation to be in and should not change. If you see what happened in Maldives, which is a direct contrast, where the Supreme Court stepped in and judges were arrested. Ironically, they had then asked India to mediate.

We are far away from that kind of a situation, and I hope the government will act responsibly.

MJ: Then, how can the question of accountability within the Courts be addressed?

AS: We are at a state where short of impeachment there is no formal redressal mechanism as far as judicial accountability is concerned. This is something which Justice Gogoi and Justice Chelameswar have said in the Karnan case. There is a need now for a systemic change for dealing with judicial accountability. Not everything is of impeachable quality – there is a middle ground – and there is no harm then to have a Judicial Accountability Act. There was in fact a Bill circulated some years ago, except that it did not meet the requirements of a fair and robust Accountability Act, and therefore it has been pushed back to the cold storage. Till such time, we know that the Indian Supreme Court has often crafted new solutions – ‘basic structure’, ‘collegium’, ‘in-house mechanism’ – these are creations of the  Court. The Memorandum of Procedure is a Supreme Court creation, the Constitution does not talk about it.

Like earlier, may be this is the case of creating internal solutions, instead of asking Parliament to step in, which again as I said, has a risk of politicisation. You already have an in-house mechanism, when you are talking about allegations against judges. But it is seen as ad hoc.  Sometimes it works, sometimes it does not. May be this can give rise to some ingenious solution. So may be in good sprit that something of that sort can be thought up till there is a formal solution in place out.

MJ: What are the implications on the future of democracy?

AS: It is a watershed moment in my opinion, though there is an uneasy peace right now, but I have no doubt that as this episode plays out where we stand constitutionally in the decades to come. The Supreme Court is the singular check on executive and legislative overreach, and is in an extraordinary position today. In our democracy, the last word lies with the Supreme Court, and that is very rare. You do not see that in Pakistan, for example, which is the topic of my study The last word there lies with the army / ISI, which is bizarre.

For the Supreme Court to maintain that position is in a sense to reinvent itself. If that happens it is all for the better because it is going to then buttress constitutional jurisprudence, and it is going to provide greater faith in political institutions in the country. If it does not, then the balance of power can begin to shift and that is never good. If you see what happened during the Emergency, the executive began to control judicial appointments and judicial functioning, and democracy suffered severely. And if we are not going to have a more transparent and independent Supreme Court, then democracy is very seriously in risk and this episode I think will directly determine that.

MJ: What does the Supreme Court have to do to go forward?

Today the watch word is transparency. That interface with the public is important. Unlike in the West, Supreme Court does not submit working reports to the parliament, there is no parliamentary oversight, there is no media interaction and there is no public interface. In the absence of all that we need some communication and institutional articulation.

I am not talking about judgements, which speak for themselves and are case-specific. We need institutional communication – how appointments are made, how do transfers take place, how are chief justices appointed to courts, how pendency issues are taken care of, how are roster allocations made – all of this requires a certain amount of articulation. It is partly there, for instance, judges are disclosing their assets on the official website. In the High Courts – you have the roster list on the website; since this episode the Supreme Court also does that. All of this increases faith in the system. I think the issue here is of unity in exercise of judicial functions, it is about faith, building a certain team spirit.

MJ: How central is dialogue between the executive and judiciary?

AS: I am uncomfortable with having the executive step in, especially in a delicate situation like this. I do not think that is needed. This needs dialogue within the Supreme Court and a lot of the emphasis is on the Supreme Court, but we need to talk about HC and sub-ordinate courts as well. A lot of the issues need redressal at all levels. Access to justice begins at the lowest levels, and not everyone is in the Supreme Court. The Bangalore Principles talk about judicial conduct. May be there can be a white paper on judicial conduct and access to justice – why not? You can look outwards for help in terms of experts. If management experts, jurists, academics and researchers can give you solutions then they should be welcome. The Indian Supreme Court has done that in the past: the practice of having law researchers, interns and clerks attached to judges. This was not always there and has helped the system in many ways. If the rift was not open and if the Supreme Court and had said to the executive that we need help on certain issues, there would be no harm. In fact, that is needed. Many issues that face the judiciary – the problem is not with the courts but is with the executive, since the funding comes from there. If you need courts, you need infrastructure, stenographers, court rooms – and all of that comes from the Government. Now that I am with the government (AS was Additional Advocate General, Karnataka at the time of this interview), I can tell you that these things take their own sweet time, and that can be frustrating. So in any other time that conversation (between the judiciary and the executive) is welcome. At this time, the Supreme Court needs to regroup, unite and may be in the due course look at executive support, but not immediately. This is a time for statesmanship.

To access details of all events held by LSE South Asia Centre check our archives here. You can here the podcast of the event on Sound Cloud and on our events page.

Dr Aditya Sondhi is a Senior Counsel at the High Court of Karnataka and Visiting Faculty at the National Law School of India, Bangalore. 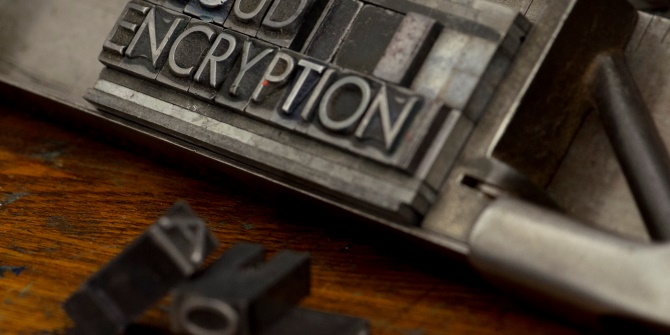 Bad Behavior has blocked 904 access attempts in the last 7 days.