India is a country where 35 million of 141 million young people between the ages 18 and 23 are enrolled in higher education according to Ministry of Human Resource Development (MHRD). These lucky 35 million vie for 25,500 seats in 51 national higher education institutions  – IITs, IIMs, IISc, IISER. This cut-throat competition is made fervid by the fact that only eight of these 51 colleges made it to the top 500 in the QS World University Rankings 2018. Even if the calibre of education is set aside, it is needless to say that India’s education system is ill equipped to handle its exploding population.

The lack of access to quality education in India has manifested in a unique paradigm of ‘outcome focussed learning’ in India where one spends years studying with private tutors to pass examinations and score well. Admissions into a good college or recruitment into a coveted government job mean almost everything, as opposed to real learning. Before delving into how this has come about, it is very important to understand that education in India has a single objective – a decent well-paying job that contributes to a financially secure future. Because of the competition and lack of promising employment opportunities, parents push children towards engineering, medical, law or chartered accountancy courses to achieve this objective. That leads to an important question – what are the employment prospects of non-college going and college-going graduates in India?

Prospects of Non-College Graduates in India

At the current gross enrolment ratio (GER) of 24.5 per cent in India, a whopping 106 million young people are deprived of modern college education. For context, that’s the population of Spain and Italy combined. These young people are unlikely to cope up with the swiftly changing demands of our economy and advancing corporate sector. There is minimal focus on ancillary vocational training either at school or outside. Only about 2 per cent of the working population (ages 15-59 years) receives formal vocational training as reported by an NSSO Survey. With no degree to show and no tangible skills to speak of, they are trapped in a spiral of low paying jobs. And with the population increasing at 1.2 per cent, the competition for these jobs is also skyrocketing.

Let’s look at the other side of the coin – the prospects of college graduates in India.

Prospects of College Graduates in India

This results in a shortage of facilities, infrastructure and resources imperative for the development of college graduates into financially-independent adults. The average pupil teacher ratio in universities and colleges in India is 24, as opposed to 18 in the US. Even facilities at top-tier government-funded colleges are not at par with other developed countries. The outdated curriculum, questionable teacher merit, lack of pragmatism and no emphasis on holistic development add to the deficient college eco-system. This leads to a sizeable population of non-industry ready graduates, most of whom are not able to match the expectations of employers seeking highly-skilled professionals.

Thus, despite the ocean of a young employable population, the corporate sector continues to be plagued by shortage of skilled personnel. A degree is no longer synonymous with having received adequate education or skills. Graduation from only a handful of colleges indicates competency by default, nationally and internationally. In such a scenario, graduate-level government jobs are the perceived failsafe refuge for students where lifetime employment is guaranteed, and recruitment is on the basis of exams rather than an immediate test of skill.

With the basic understanding of the employment dynamics in India and the mindset of Indian students and parents, there are three options options for an out-going school student. The first is to enter a reputed college and avail the opportunities available in lieu of the brand perception of the college. The second is to join a mid-level college and either opt for post-graduation or look for a job. In India, public sector accounts for 61 per cent of the total workforce. Coupled with the job security that comes with government jobs, it is undoubtedly the first choice for most aspirants. The third is to not opt for college and look for a job after Class XII, which is extremely difficult as discussed above. The only option apart from matric level government jobs like SSC CHSL, SSC stenographer, etc. are low-level jobs which offer no job security, career progression or inflation-adjusted income. Or blue-collar jobs.

The irony of the situation is that all three paths are possible only through clearing competitive exams. All undergraduate and postgraduate college admissions in India are through college entrance exams whose pass rates of 0.5 per cent – 5 per cent. For example IIT JEE exam for Engineering, NEET for Medical, CLAT exam for Law and CAT for MBA. Government job recruitments are also through competitive exams, the most popular of which are SSC CGL, SSC CHSL, Bank and IAS, all of which have pass rates below 1 per cent.

A high school student must crack competitive exams at multiple levels to ensure a future that doesn’t involve social, economic and financial strain. Thus, the focus throughout school and college becomes cracking competitive exams rather than real learning or becoming world-wise. College education and respectable jobs are only possible through one-dimensional learning directed towards mastering the syllabi and multiple-choice question patterns of competitive exams, which do not add to the job-readiness of aspirants. Exam preparation is centred on improving speed, smart guesswork and learning exam hacks rather than acquiring life skills. India’s education system has slowly evolved to accommodate this dynamic where only the outcome of exams matter, not the journey. The shift in the purpose of education towards a single reward criterion is the root of India’s outcome-focussed learning ecosystem, where “Pass” or “Fail” on that one scorecard is all that matters.

Students have also drifted towards tailoring their education experience to meet the demands of this current predicament. To cope with the intense competition, peer pressure and parents’ expectations, students resort to specialised learning providers that prepare them for these competitive exams. This has led to a unique parallel education ecosystem in India in the form of coaching classes that help students get the edge they need to beat the system. At this point, senior secondary grade sheets are only valuable because they are the ticket to coveted college admissions. According to an ASSOCHAM survey, a whopping 87 per cent of primary school students and 95 per cent of high school students in metros opt for private tuitions. Coaching for competitive exams is now a $6 billion industry, and $45 billion including private tutoring at school level, growing at a CAGR of 35 per cent. There are 40,000+ coaching classes in the country. In comparison, India has around 38,000 colleges. The government has not recognised coaching classes as educational institutions so far and there are no regulations or compliance criteria that coaching classes must adhere to. There is no barrier to entry, minimum size and restrictions on the exorbitant fees. In fact, cities like Kota have transformed into coaching hubs for students of all streams. The competition-induced enrolment automatically creates social pressure for the remaining students to join in the race and reinforce the outcome focussed learning pattern.

Coaching classes bridge the gap between the traditional school curriculum and the cocktail of competitive exams. As the trend of increasing GER in higher education continues, the competition for college admissions and government jobs is set to rise. This will further propagate the burden of outperformance, and consequently the need for dedicated tutoring in India. A sustainable solution to the unemployment and education quality problems in India is a very long-term goal. Till then the outcome-focussed learning attitude and coaching classes are here to stay.

Saloni Khandelwal is the Co-founder of Exambazaar, a marketplace that helps students prepare for competitive exams, in India. She is a graduate of IIT Delhi and has worked in investment banking in Deutsche Bank, London. 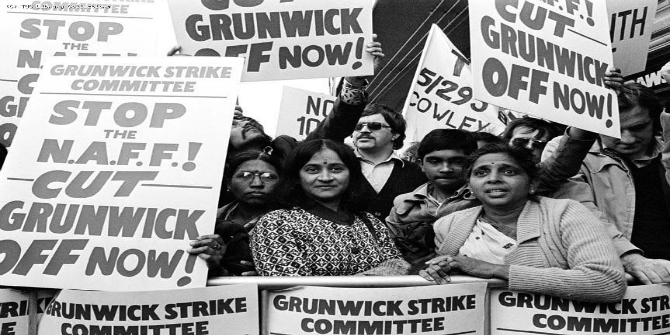 Bad Behavior has blocked 2955 access attempts in the last 7 days.