There are numerous video stories of disgruntled constituents facing off with politicians going viral on social media. With the rise of social media in particular and the electronic media in general, the culture of interaction between politicians and the general public has changed dramatically in recent years writes Khalid Jarral.

In the run-up to the general elections in Pakistan social media continues to awaken, liberate and empower the Pakistani voters. Unlike the case of the EU Referendum and UK general elections, to date the tool of social media seems to have benefited the voters more than the dynastic politicians and political parties. Although a true picture of the impact will become clear on the day of polling, a series of events have presaged what it is going to look like. Certainly, there couldn’t be a better opportunity to gauge the impact of social media on Pakistani society than the general elections scheduled for 25th July 2018.

The Constitution of Pakistan guarantees in its Article 19 that every citizen shall have the right to freedom of speech and expression. Just as electronic and print media did for journalists, analysts, and politicians, social media has given voice to ordinary Pakistanis. It has emerged as an easily accessible platform to express their views, opinions and responses to political and social developments concerning them.

It is a common perception that rural Pakistan is still in the grasp of dynastic politics. Democracy in many parts of rural Pakistan has meant no more than voting for the tribal chiefs and area/feudal lords for a meal or because of fears of the consequences. However, events reported in recent weeks demonstrate that social media has enhanced awareness of rights and facilitated liberation by removing fears and enabling the deprived poor class voters to confront and challenge those they voted for.

The first incredible incident was reported from southern Punjab where generations of the Leghari tribe have ruled the region in the name of democracy since Pakistan’s birth in 1947. Each election proved that voters were at Legharis’ beck and call. But this time things turned out differently. Young voters confronted Jamal Leghari when he visited the constituency to seek votes. They grilled him for not showing up in their constituency since the last elections in 2013 and questioned his past performance as their political representative. Defenceless Leghari looked embarrassed but helpless because the youngsters were filming him. He asserted his chieftainship attempting to snub the angry voters but they stood their ground. Eventually, Legahri lost his temper and let loose his feudal instinct saying: “You are grilling me just for one parchi (vote)”. The video was shared on social media and went viral. It was quickly picked up by electronic media and the incident seemed to have set a trend for several more to come.

In Multan, angry constituents surrounded Sikandar Bosan’s car on his arrival in their constituency. Bosan looked dumfounded when constituents questioned him for not doing anything for them in his last stint as their representative and showing up only to ask for votes again. They shouted slogans of lota (turncoat) for him joining the PTI and didn’t allow him out of his car. He was booed and heckled when he tried to pacify the angry voters with another promise that he would do what they asked for.

In Sindh, the PPP’s Nisar Khuhro faced a barrage of questions as he visited a protest camp to show solidarity. The protestors embarrassed Khuhro with their questions and he quickly moved off. “Don’t expect votes this time. What has your government done in the last 10 years?” an angry man bluntly told Khuhro. In a separate incident, former Cheif Minister of Sindh, Murad Ali Shah, was slammed by the constituents of his native town, Sehwan. He became so infuriated that he snatched a journalist’s mobile phone who was filming the incident.

There are numerous video stories of disgruntled constituents going viral on social media. Some of the politicians who have faced public confrontation are Saleem Jan Mazari, Sohail Anwar Sial, Ashiq Gopang, and Farooq Sattar. The issues behind these stories of public wrath are similar across the country: underperformance, lack of contact with constituents, urban development, health, education, and law and order.

In the past, angry constituents, particularly the supporters of opponent parties, have heckled and booed election candidates and even pelted them with eggs and tomatoes. Yet, their motivation stemmed from their political affiliations. The current wave of incidents is based on an awareness among the citizens of their rights in participatory democracy, the functions and duties of public representatives, and a rejection of the status quo of disregard to the constituents and their rights. It is equally important to identify those protestors who might have been planted by opponents to malign the political campaigns and canvassing of other candidates.

With the rise of social media in particular and the electronic media in general, the culture of interaction between politicians and the general public has changed dramatically in recent years. In the past, traditional politicians would be accompanied by an army of armed guards who were seen pushing the people away and creating an atmosphere of fear demanding respect. Now we see that the same politicians have become more polite and willing to mix with their potential voters, so we see many politicians sitting, eating with poor people of Sindh, hugging them and taking selfies with them. Now politicians seem wary of voters confronting them on camera or filming them while they speak to them about their achievements for their constituency.

On the other hand, these politicians are using the opportunities of interaction with their voters to build a softer image for themselves by behaving politely with these voters and mixing with them. But, as Simon Anholt argues, what determines [a politician’s] perception is not what they say but what they do. While the PML(N) politicians are crediting their party for performance and achievements in the areas of power generation, counter-terrorism, and the CPEC, the PTI has promised “one Pakistan” and a New Pakistan.

Whereas popular Pakistani media channels are echoing the voice of the newly enterprising young voters, an editorial in DAWN has dubbed unhappy constituents potentially violent sadists who provoke pleasure from the public humiliation of well-known figures. Referring to a singular incident in Karachi where “unidentified group of people stopped and pelted stones on the convoy” of election candidates visiting the constituency, it criticises the methods used by the protestors.

Rather than emphasising the singularity of the incident, DAWN has mixed it with the broader phenomenon of confronting and shaming underperforming politicians and publicising it on social media. It has played public confrontation of election candidates down arguing that this trend would give way to violence. The newspaper claims the mainstream media is prepared to give the frustrated general public a platform for protest. Arguably, this claim amounts to a confession that the policy makers of the mainstream media had failed to ensure due coverage to the dissenting general public through their platforms. The DAWN editorial makes no reference to people’s right to freedom of expression and how it might be ensured in case public demonstration of voter concerns is curbed outright.

As well as the social media cells of the political parties, individual politicians are running organised social media campaigns exploiting this instrument for political purposes. The content shown on many TV channels clearly represents their political polarisation.

In this competitive environment, social media should be accepted as a mouth-piece of the less resourceful ordinary citizens and not condemned because of singular incidents of no direct relevance. While potential of violence is a serious concern which calls for strict measures of law and order, it should not be addressed at the cost of freedom of information.

This article was originally published on the Asia Research Institute blog, Asia Dialogue and has been republished with permission.

Khalid Jarral is a Doctoral Researcher at the School of Politics and International Relations where he is a member of the University of Nottingham Asia Research Institute. 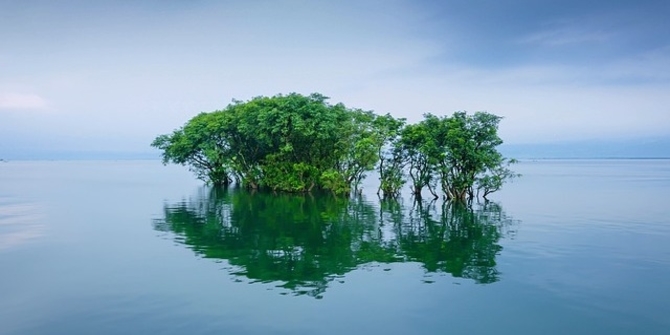 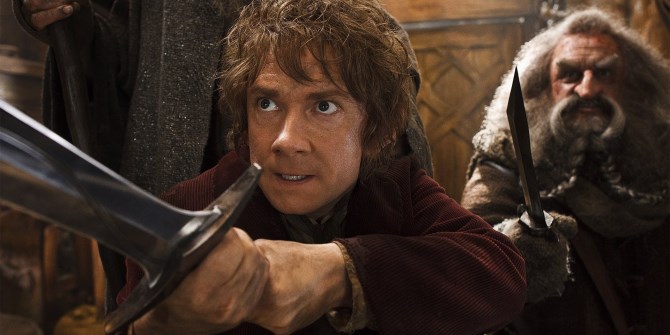 Have you seen The Hobbit films? Fill out this questionnaire