In Widows of Vidarbha: Making of Shadows, Kota Neelima makes an admirable attempt at shedding light on the wives of the farmers who have committed suicide during India’s ongoing agrarian crisis. However, Neelima falls short at portraying the women as productive workers wielding their own agency, instead drawing on a reductivist framework, primarily focusing on their widowhood, Sumedha Pal finds.

In March this year, thousands of farmers marched the streets of Mumbai, protesting and demanding their loan waivers in the face of the large looming agricultural distress. Among those marching, the image of the 62 year old Saku Bai’s blistered foot became symbolic of the struggle of India’s farmers, particularly one of its most overlooked demographics – the women. 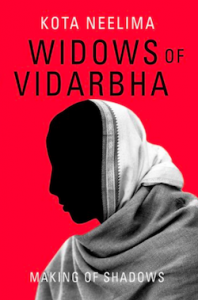 In Widows of Vidarbha, Kota Neelima makes a first of its kind attempt to shed light at the plight of the wives of the farmers who commit suicide after losing all hope in face of the worst of its kind agrarian crisis in India. The book, released in January this year, sheds light on one of the most harrowing tragedies of Independent India – the crisis in its agriculture and farmer suicides. Official records indicate that over 12,000 farmers commit suicide in the country every year from 2013 onwards, increased cost of production, rural poverty, debt and lower support prices for the agricultural produce are some of the main reasons for the terrifying crisis the country faces today. Neelima, in her ambitious attempt traces personal, poignant and thought-provoking experiences of a section that bears the brunt of India’s farmer problem – the women it leaves behind. In one of her interviews she gives a vivid description of a young widow, left behind with her four young children after her husband commits suicide by consuming a pesticide, losing all hope in the system.  Neelima taps on the anxiety, helplessness and the emotions of the young widow who says “I thought I may have been the reason he committed suicide” (p.10).

With its extensive documentation, the book traces the cases of farmer suicides committed between 2001 until 2014. The stories of widows discussed transcend the age spectrum from 26 tot 63. Neelima’s account covers one of the country’s worst affected regions, Vidarbha, and centred her research around Yavatmal and Amravati areas in the larger state of Maharashtra.

Neelima, in her extensive study spanning between 2013-2017 relies not just on the accounts of the women she interviews, she heavily relies on quantitative data provided by state owned statistical organisations, the media, civil society and her interactions with activists working on ground. She delves extensively into the the history of agrarian distress in the region. Her detailed personal accounts of the stories of despair of the farmers are difficult to read and in pointing out to the discrepancies in the administrative policies. In describing the hassles she mentions a forty three page form that was required to be filled out after every suicide, she also describes in greater detail the criteria required to turn the suicide into an official number, without which his wife, a mere bystander in the situation would not get the state’s compensation (P.57.)

Neelima also describes the loopholes in the administrative system as they offer compensations to the families of the deceased. she writes:

“In Vidarbha the definition of the farmer is the most significant as it will decide if the farmer’s family gets a compensation or not, this definition includes the date of irrigation facilities in the farm, the productivity of the crops the requirements of the children and the elderly. The definition did not consider the position of the widow, her education and her ability to survive after the farmers death” .

Commenting  on the institutional failures, Neelima explains how the women did not just lose their husbands but how they also lost their only access to the world since the women in the countryside needed male escorts to be able to access administrative and financial services.

Whilst Neelima hopes to provide an insight into the void rural women are left with after their husband’s deaths, calling this territory an ‘undefined land of the shadows’. Her in-depth reflection on the lives of the wives of the farmers remains lacking in nuance – and in doing so ends up reducing them to primarily, the wives of men failed by the system.

However, the book also fails to recognise the women who have now become farmers, inheriting the land left behind by their husbands along with the debt, conflict and stigma that comes with being a female farmer. This intersectionality of the conflict does not get adequate representation as she fails to gauge the nature of discrimination that comes with being a female farmer and therefore at the lowest end of the gender and economic hierarchy, with debt, no educational backing and little awareness of institutional mechanisms. In this way, the book does little to focus the discourse on women beyond their roles as farmer’s wives. 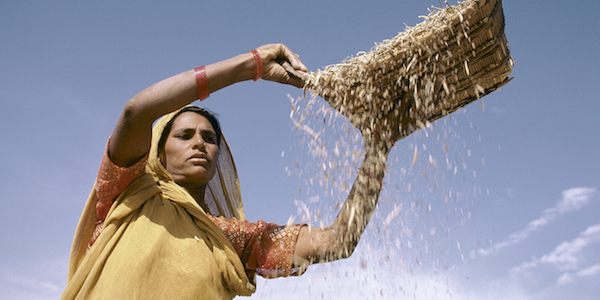 Nevertheless, the lack of therosiation and representation in the media with respect to female farmers is addressed in the text, albeit in fragments. Whilst Neelima clearly establishes that the most common occupation among the widows is farm labour, this involves cultivation in one’s own fields and as daily wage labourers on other’s fields.  Nearly 70% of India’s rural workforce is constituted of women, official records label women as either, ‘agricultural labourers’ or ‘cultivators’ and the ‘feminisation’ of agriculture has become well documented in recent years. And yet, an Oxfam report released in 2013 shows that as many as 87% of the women do not own the land they work on. This happens primarily as land under the Indian constitution is a state subject is not governed by a uniform law across the country, rather through personal religious laws which are often discriminatory towards women.

Thus, the deep-rooted  gender discrimination inherent within agriculture does not help women stake claim to their right to own the land they cultivate. This conflict assumes greater importance post the death of their husbands who are recognised as the main stakeholders of the land. However, this struggle is not discussed in detailed in Neelima’s analysis. Her work therefore fails to address the invisibility of women on the fields – not limited to being the wives of the farmers, but as workers who are not recognised by the state or the society. Despite changes in the inheritance laws, independent evaluations have previously shown that cultural barriers have impeded women from inheriting land, this scenario has worsened in the case of agriculture, clubbed with rural poverty, lack of basic education and the stigma of being a widow in a land where marriage is sacrosanct.

The narrative Neelima attempts to establish ends up shaping into an amorphous monolith lacking individuality or depth as the stories throughout the text follow the same narrative – of despair, lost hope and uncertainty for the future. Throughout her analysis, Neelima’s questions tend to tilt the narrative towards the men in the women’s stories. In the accounts of the women, almost no emphasis is given to their spirit or agency in dealing with the distress. The text thus does not completely give the widows of Vidarbha authorship of their own stories, since these stories by the virtue of their realities are intertwined with the destinies of their men. Whilst Neelima adeptly personalises the stories of loss, she inadvertently creates a reductionist framework about the political struggles of women as mere widows and shadows of the men they married as the title suggests.

Sumedha Pal is a journalist and graduated from Cardiff University’s School of Journalism, Media and Cultural Studies. 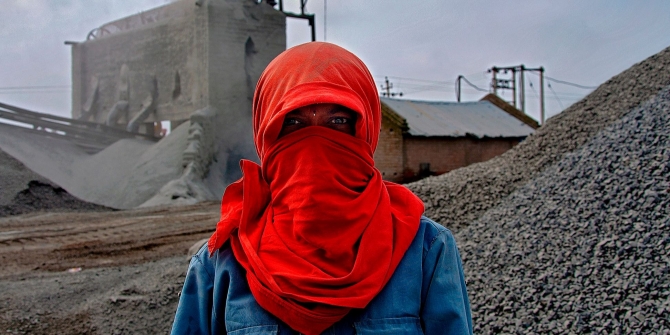