For the Hazaras, a small ethnic community in the south-west of Pakistan, politics begins with and from the dead. In February 2013, following a bomb attack in a busy market square that killed scores of Hazaras, family members of the deceased refused to bury their dead. In this long-read, Zainab Najeeb argues how an understanding of the body, martyrdom and a marginalised identity can help us understand that unique act of resistance in 2013. 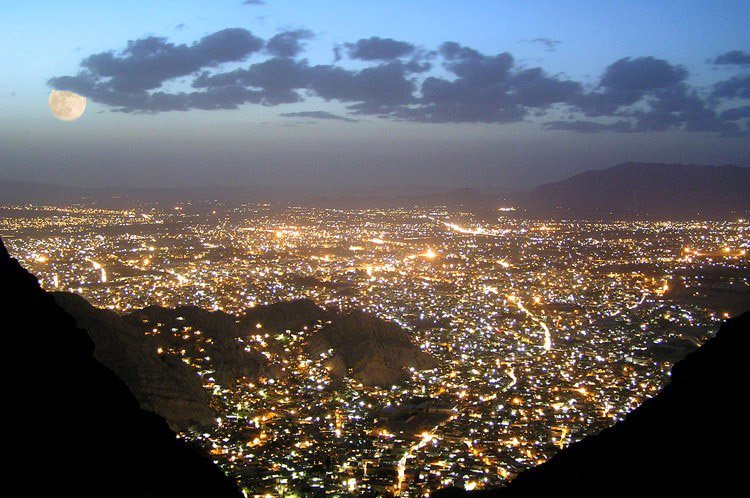 At lunchtime on Saturday 16 February 2013, a bomb exploded in a crowded market in the south-western Pakistani city of Quetta. 79 people were killed and 180 were injured. This bloody attack followed another deadly blast near a snooker club, also in Quetta, in a Hazara-majority area. That blast killed 92 people and injured over 100. The responsibility of the attack was taken by the Sunni militant group Laskhar-e-Jhangvi, who were simultaneously targeting Hazaras in Afghanistan and Pakistan.

After this gruesome incident in February 2013, the community members of the deceased gathered in the city’s market and refused to bury their dead. 4,000 people, mostly women, then launched a sit-in. On mass, they brought the coffins of the dead to the city’s central square and demanded a military operation against the targeted killings of the Hazaras. The refusal to bury the dead in Quetta in 2013 should not be trivialized, depoliticized or forgotten, but rather understood, and that understanding should begin by seeing the Hazaras as the marginalized community that they are.

Who are the Hazaras?

The Hazaras in Pakistan are a small ethnic community living in the shadows of a confused past and a desolate present. The Hazaras live on the margins, predominantly in two slum neighbourhoods of Quetta, a prominent city and the capital of the troubled province of Balochistan.

Unlike many other different ethnicities residing in Pakistan, Hazaras look different; their bodies give them away. Their physical features are more Mongoloid, which affirms the theory that they are of a Turko-Mongol ancestry, and might be the descendants of the infamous Genghis Khan, the notorious and ruthless Mongol warrior who invaded Afghanistan in the 13th century. There are other theories however like linking their ancestry to the Kushan Dynasty of Buddhist monks in Afghanistan, of whose statues were taken down by the Taliban. Regardless of different ancestral theories, the Hazaras who settled in Central Afghanistan were either brutally killed or forced to flee their city ‘Hazarajat’ after the attack of 1890s, where Afghanistan’s first ‘modernizer king’, Abdur Rahman Khan, celebrated by the British imperialists, led a massacre to gain economic and authoritative control of the promising land.

This episode of violence in the 1890s displaced the community. Many sought refuge in neighbouring areas like Balochistan and Iran. Their social integration was much smoother in Iran, as they share the same language and the same sect of Islam: Shi’ism, which is almost always in opposition of the predominant Sunni’ism (or Sunni Islam), practised by a great majority in the Indian sub-continent. In the subcontinent, they were not always marginalized, however (at least pre-partition) and were often romanticized by the British owing to their militarist ancestry linked to Genghis Khan.

The situation was mostly bleak post-partition of the Indian sub-continent due to a migrant influx and lack of resources. The scathing Islamization however executed by the Zia regime in the 1980s, pushed the Hazaras to the bleak corners of non-existence, validated by vitriolic anti-Shia rhetoric that elevated Sunni’ism as the true version of Islam, sedating the majority of the nation and establishing a hegemonic control of the nation-state.

Moreover, owing to the torrid relationship between Pakistan and Iran, the Hazaras were always questioned on their true allegiance to the state, and thus were reduced to second-class citizens, giving birth to a new era of sectarian violence. There has in recent years been a series of massive and smaller-scale terrorist attacks on Hazara communities, which seldom make the headlines. Estimates of those killed range from 800-1,500 people from a community with only 950,000 members, 600,000 of which live in Quetta. 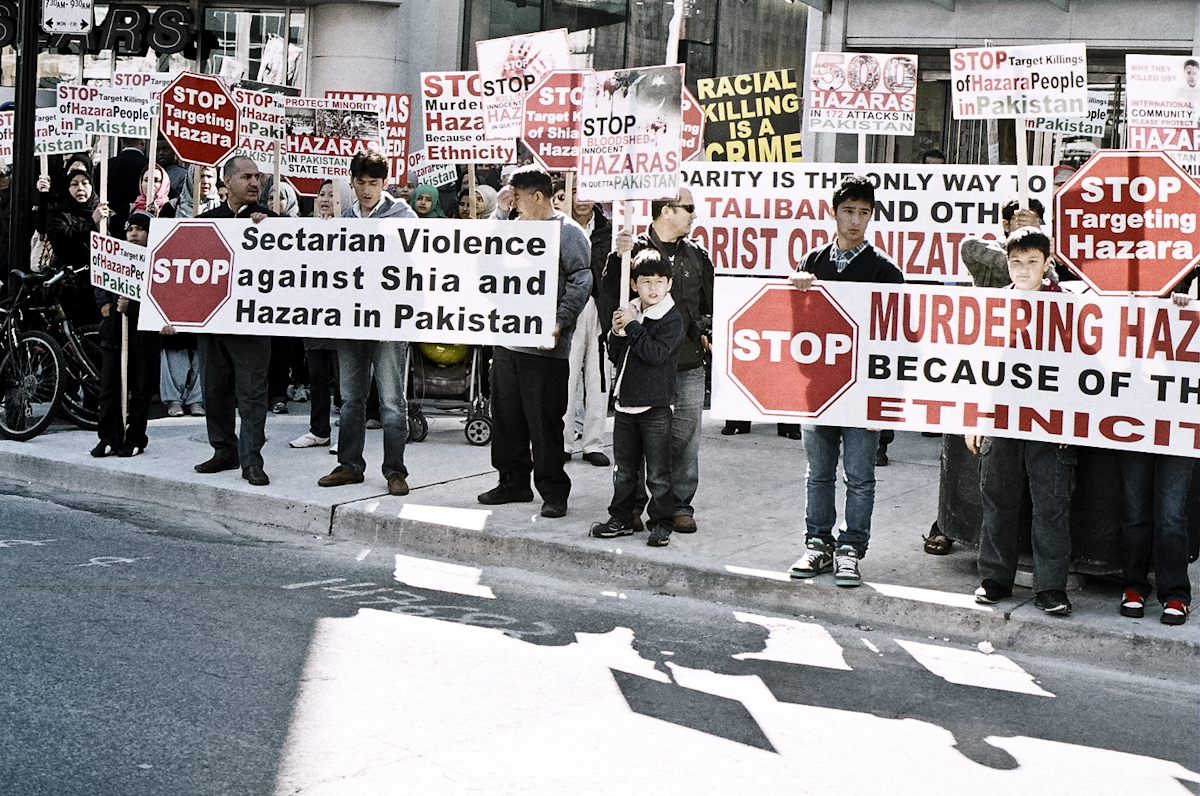 The Hazaras and Necropolitics

After such a unique display of dead bodies in the aftermath of February’s terrorist attack in 2013, it is clear to see that for the Hazaras, their politics begins with and from the dead. While it is thought that terrorist militant factions are targeting Hazaras, it is highly likely that the state and the military are complicit in colluding with the Taliban for many decades. There currently exists a disturbing logic from the military and state institutions in Pakistan of “Good Taliban, bad Taliban.” This discourse is an attempt to preserve a power play from the Pakistan state against Afghanistan and India, whilst still maintaining relevant to the US. With the Hazaras are already marginalized and away from the centre, the “good Taliban,” according to this logic, can be left to their whims.

In 2003, Achille Mbembe published a landmark article entitled ‘Necropolitics’. Extending Foucault’s concept of biopower, it deciphers how the ultimate expression of power and sovereignty resides within, as he writes, “the capacity to dictate who may live and who must die”. Mbembe argues that a “state of exception,” is creating through the process of othering and creates not a “temporal suspension” of a group but a “permanent spatial arrangement” that outs a group “outside the normal state of the law.”

This analysis sadly suits the Hazara, as the community is alienated in two slum neighbourhoods of the city with no chance of social mobility. Many Hazara families survive on remittances from members working in countries like the US, Canada and especially Australia.

Metropolitan cities in Pakistan, such as Lahore, Karachi and the capital Islamabad, rarely house Hazaras. The state of Pakistan has exercised its sovereignty by pushing back the Hazaras to a geographical periphery. For a relatively young sovereign state, desperate to project a strong, united front and irrefutable national identity in a nuclearized South Asia, sovereignty to Pakistan means ‘occupation’ and that territorial occupation, therefore, has led to the marginalization of a minority to a ‘third zone’, thus reinforcing a colonial mindset of which it was a victim.

With Pakistan’s idea of sovereignty validated by this narrative of the nation-state, the Hazaras do not fit into the pages of history or the mould of identity extrapolated by the state. Again, in his essay, Mbembe discusses the idea of a ‘peoplehood’ being formed by the creation of the ‘other’. This is resonant of the ‘Two-Nation Theory’ that the founder of Pakistan proposed that separated Hindus from Muslims, and thus legitimized the right of the Muslim minority to have a separate state. It is not unfair however to think that a similar doctrine is now being used to carve out a monolithic Pakistani identity, based on a certain version of Islam and particular ancestry and ethnicity, othering those who do not fit this image.

The Who and How of Martyrdom

The terrorism that the Hazaras are exposed to opens another debate on the logic of martyrdom, specifically how martyrdom is manipulated and applied as per one’s own ideological convenience. According to the adherents of Islam (Sunni and Shia), a martyr is the one who sacrifices his/her life in Allah’s path, and never really dies, but is elevated to the heavens. While Islamist terrorist factions, under a belief of Jihad, claim a monopoly over martyrdom by the virtue of suicide bombing, a counter-narrative rejects their belief and crowns the victims of such attacks with the title of martyrdom. With suicide and murder being Haraam (forbidden), according to the doctrines of Islam, the logic of martyrdom circulates around the fusion of “the will to die” with the “willingness to take the enemy” with you, fueled by the desire for eternal life.

Here the body is the uniform and the weapon, but in itself, it does not hold any power or a cause worthy to be saved; it is only a medium through which the bomber or martyr “overcomes his own mortality,” as Mbembe writes.

However, there is another side of the picture that needs further exploration. The body of the victim and their eternal life needs equal investigation. According to a majority of famous Muslim clerics, among whom is Dr. Tahir ul-Qadri, a Pakistani Barelvi Muslim scholar, the right to true martyrdom is the claim of the victims and not the terrorist. Dr. Qadri in 2010 issued a 600-page Fatwa. His doctrine comprised of theological rebuttals of every argument used by “Al-Qaeda inspired recruiters” to reveal how they convinced youngsters into executing crimes against, what he argues, is the true message of Islam. 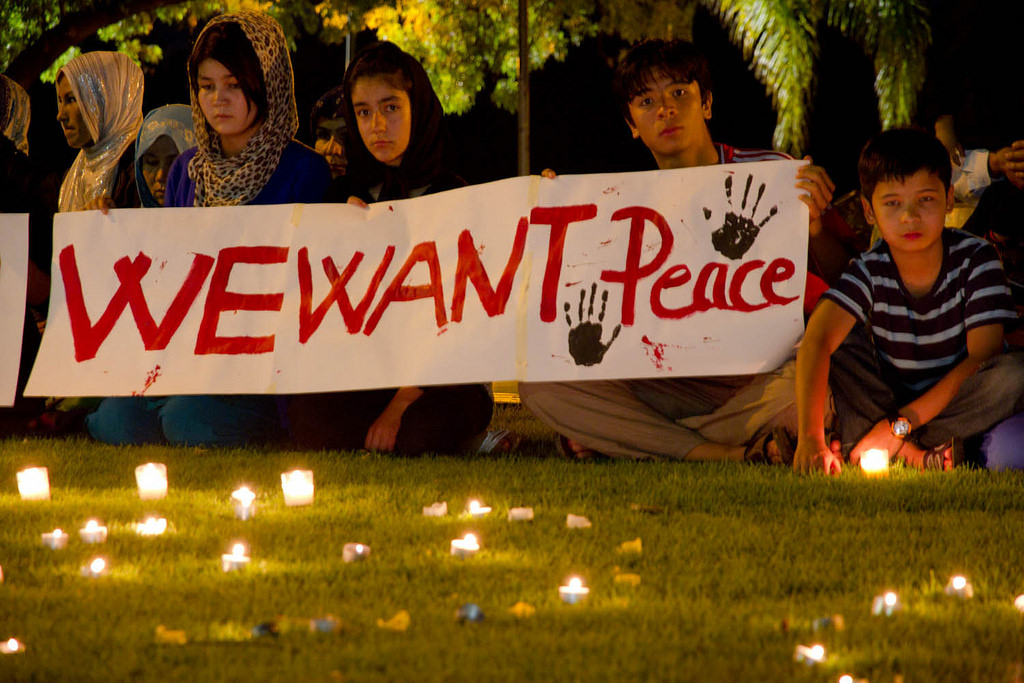 A candle-lit vigil for the victims of sectarian violence in Pakistan | Credit: ABC Open Riverland, CC BY 2.0

The Tussle of Martyrdom and the Body

What is interesting here is the tussle over the title of martyrdom and what it means for the dead bodies and their families in the case of the Hazaras. Under the holy garb of martyrdom, scattered, unrecognizable dead bodies are exalted and their loved ones opiated with the promise of a better after-life as heroes. However, the martyrs/victims had no choice or agency in this regard; unlike the suicide bomber, they were not charged with a ‘desire for eternity’ nor did they express a will to die: they were just at the wrong place at the wrong time. This undue exaltation can be seen as a tool for the state and those responsible to absolve themselves of their incapacity to protect the civilians or perhaps to cover up the blatant exposure of a certain people to become collateral damage.

These dead bodies then enter the politics of grieving. The 4,000 women who protested in the city centre of Quetta after the attack in 2013 did so because they wanted to take back a level of political agency, through the body, that they had been deprived. United as a community, they publically and peacefully resisted the society that they feel rejects them by redefining the legacy and the meaning of their dead.

The unique protests from that day in February 2013 have not been forgotten. The ever-growing voices of the Hazara, visible through an active youth sharing the new #HazaraLivesMatter hashtag on social media, have found another visual method to keep the body front and centre as an act of opposition in Pakistan. This minority has and will continue to make themselves visible.

Zainab Najeeb is studying for a Masters in Gender, Development and Globalisation at LSE. Her current research interests are migration and forced displacement, conceptions of sovereignty and citizenship in relation to notions of identity. She is from Lahore, Pakistan. She tweets @najeebz18 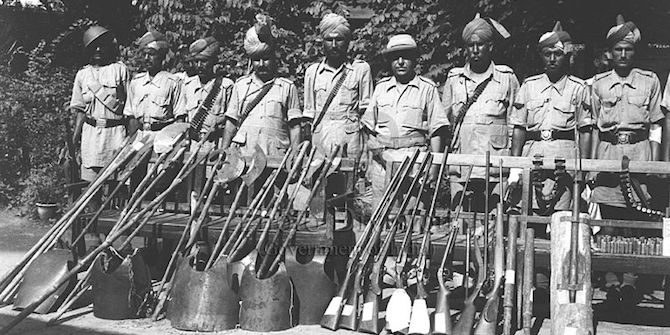 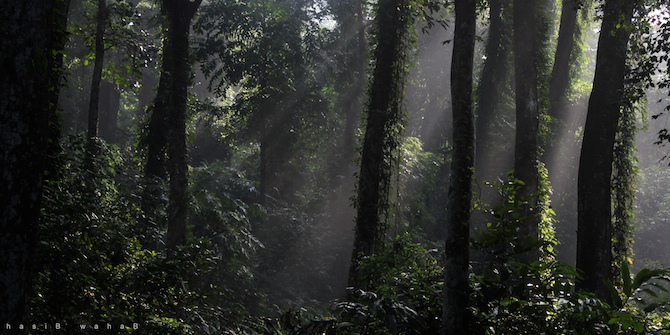 How are indigenous forest-dependent communities in Bangladesh drawing on local knowledge to adapt to climate change?

Bad Behavior has blocked 2619 access attempts in the last 7 days.