On International Women’s Day 2019 (#IWD2019) Anjali Sarker (Atlantic Fellow for Social and Economic Equity, LSE) picks five must-read books for those seeking a deeper understanding of the lives of women of Bangladesh. 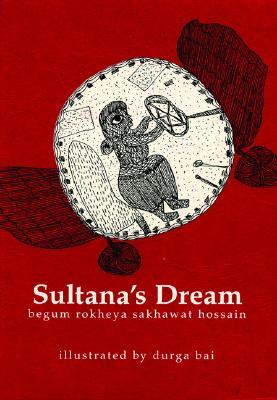 Sultana’s Dream, first published in 1905 in a Madras English newspaper, is a witty feminist utopia—a tale of reverse purdah that posits a world in which men are confined indoors and women have taken over the public sphere, ending a war nonviolently and restoring health and beauty to the world. The word “Sultana” means a female “sultan”, a Muslim ruler. Being one of the most prominent Muslim feminists of the 20th century, Hossain dared to imagine this “Ladyland”, which portrayed no less imagination and creativity than the famous work of H. G. Wells- The Time Machine, published just a decade ago. However, writing a “social science” fiction of its kind required plenty of courage, not to mention portraying men inside the household, doing the chores and staying out of business, politics or any other external affairs. In contrast, women seemed to rule the world using science and technology- flying cars, rainwater harvesting, solar power, and industrialised farming made lives easier for everyone. The story ends with Sultana waking up from her dream and realizing that she is still in her bedroom thinking about the condition of women in colonial India. Taking Hossain’s time and context into account, when women had no right to education, let alone other rights that many of us enjoy today, this book stands out as a gem. 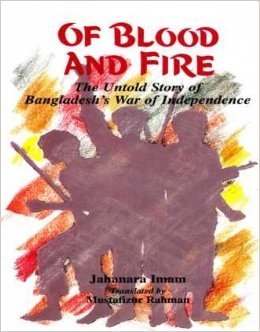 Jahanara Imam Of Blood and Fire: The Untold Story of Bangladesh’s War of Independence 1971

Of Blood and Fire is an extraordinary narrative of the war of independence in 1971, which claimed three million lives and lasted for nine months, leaving the country almost destroyed. However, behind those numbers and visible losses, there was excruciating pain, suffered by the ones who survived. Of Blood and Fire reveals those painful memories, in the form of a diary written by Jahanara Imam. Just as the Holocaust needed Anne Frank to bring the pain of war down to a much more relatable, personal level, Imam does the same for the war of independence, narrating her day to day experience of living through the war as a mother and a wife. A highly educated and patriotic woman herself, she could not say no to her elder son when he asked permission from her to join the war. He never returned. Her husband died of a heart attack shortly after the war. Paying such a personal price for the independence, she resembles millions of Bangladeshi women of her time whose lives were turned upside down, never to be the same. The original book was written in Bengali, by the title “Ekattorer Dinguli” (which translates into The Days of 71), which is still one of the most read and least controversial accounts of 1971, written from a woman’s perspective. 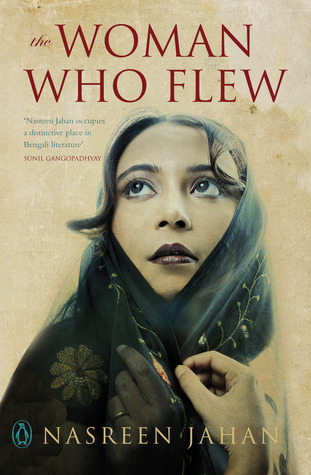 The Woman Who Flew is a novel translated from the original book titled Urukkoo, which translates into “restless” in Bengali. It’s an award-winning, highly acclaimed, yet controversial book for its grotesque portrayal of the realities in a young woman’s life in Dhaka, the capital of Bangladesh. In this book, Jahan takes the reader through the life journey of Nina, a young woman moving from a small town to the megacity in search of freedom. To some extent, freedom is there in the city. However, she soon finds herself divorced, bereaved of her newborn and trapped in a mundane existence. Hungry for fresh air, Nina strikes up a friendship with her mother’s handsome ex-lover, Irfan, who encourages her to paint again. But as Nina tugs at her chains, her sexually confused ex-husband, Rezaul, insinuates himself back into her life, leaving her pregnant. With incredible dexterity, Jahan probes deeper into the social customs and taboos that shape a rebellious woman’s life in urban Bangladesh, and she doesn’t shy away from the most traumatic, unsettling aspects of it. The book is anything, but a relaxing weekend read. It’s meant to leave an impression about womanhood and the intricate relationship Bangladeshi women have with the patriarchal society around them, which will last with the reader forever. 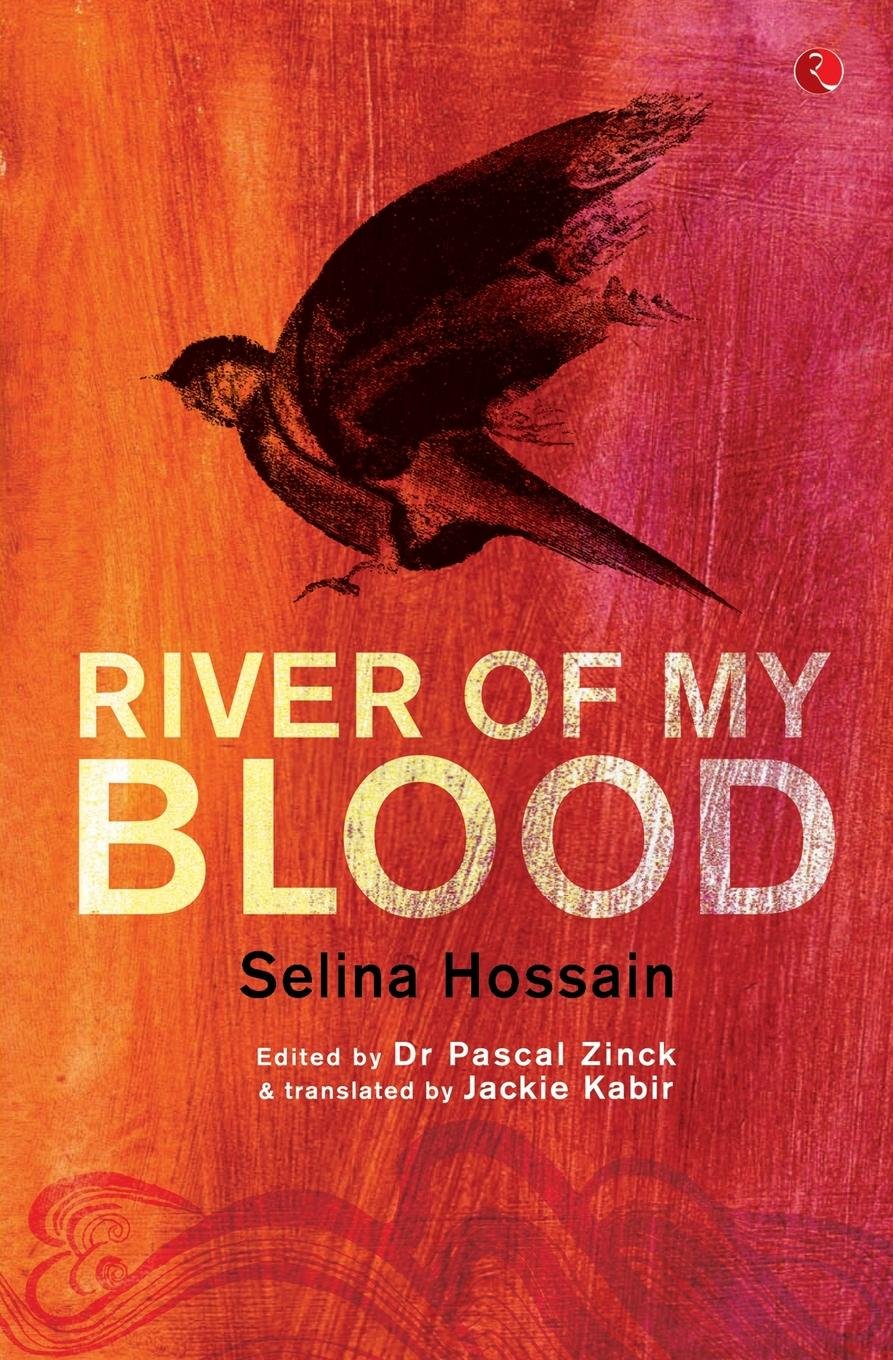 A deeply moving tale of love and loss, River of My Blood is another translated novel, the original book titled Hangor Nodi Grenade, which means “The Shark, The River, and The Grenade”. Set in the context of 1971, the novel takes the reader through the life journey of Buri, an exuberant little girl as she grows up into a teenager and gets married to a much-older first cousin. Almost overnight, she becomes a mother of his two sons from his previous marriage. After facing the stigma of being infertile, she finally tries to come to terms with the birth of a deaf and dumb boy. Her private wounds reflect national traumas as her village is swept by the war of independence. Sending her two able-bodied sons to war, she remains home with the third one, a young man by then who is barely able to take care of himself. Later, to save the freedom fighters taking shelter in her house, she pushed her own son outside, only to be killed by the Pakistani soldiers. Finally, the country gets its independence, though her sacrifice for the country remains a loss that will never be recovered. Hossain explores human emotions in the backdrop of a war, and the complicated relationship between women and the state, through a beautiful storyline that makes this book a page-turner. 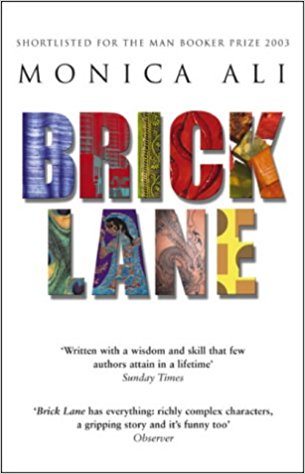 In the East end of London, Brick Lane appears to be a tourist hotspot, famous for exotic South Asian foods, boutiques, and fancy items, to the naive eyes. Monica Ali brings out what’s more in there, to be precise, not in the area itself, but within the Bangladeshi community there. In interviews, Ali has spoken of the fact she has no specific sense of home – something shared by her principal character in Brick Lane, Nazneen, who struggles to adapt to London life, coming from a rural part of Bangladesh. Some critics argue that her lack of grassroots knowledge of the Sylheti community has an impact on the characters’ authenticity. Others praise the book for shedding light on the invisible women within immigrant communities, who are merely seen on the street but their voices, hopes, and dreams remain undiscovered. To some extent, the book does not challenge but conforms to some widely-held stereotypes about migrants- patriarchal husband, shy housewife, extremist young man and so on. Taking with a pinch of salt, it’s a wonderful read for anyone who enjoys discovering the complex stories evolving behind closed doors and communities.

This article gives the views of the author, and not the position of the South Asia @ LSE blog, nor of the London School of Economics. Please read our comments policy before posting.  Photo credit: Pixabay – BenediktGeyer

Anjali Sarker is an Atlantic Fellow for Social and Economic Equity at the International Inequalities Institute, London School of Economics. @anjalisarker 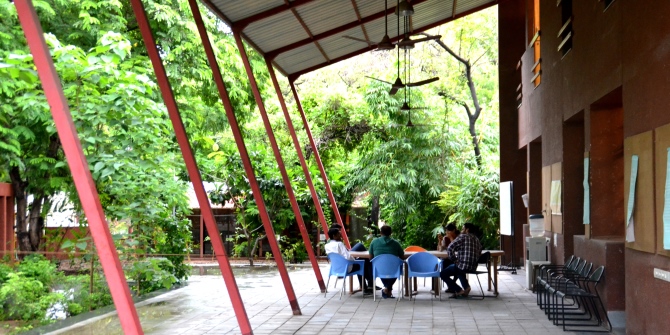