The Covid-19 pandemic has wreaked havoc for economies worldwide, and smaller countries have been hit particularly badly. Sri Lanka’s economy was already under stress but was slowly moving in the right direction when the combined effects of the pandemic on public health and the economy has dealt a severe blow. Ganeshan Wignaraja suggests possible ways to recover with some surety amidst the temperamental threat of the Covid-19 virus.

Sri Lanka is reputed for having the highest human development indicators in South Asia as early as the 1970s through notable social spending relative to its per capita income. The end of a costly thirty-year civil conflict in 2009 offered the promise of Sri Lanka’s rebirth by reaping a peace dividend, leveraging a strategic location in the Indian Ocean, deploying an educated workforce and learning lessons from 21st century development strategies. Although Sri Lanka had achieved lower middle income status by 1997 its record on economic growth and structural change has continued to disappoint. In November 2019, Gotabaya Rajapaksa was elected as President with an ambitious agenda to transform national security, the economy and society. However, the advent of Covid-19 in January 2020, precipitating a public health emergency and economic crisis, has caused economic scaring and dampened Sri Lanka’s development prospects.

One stylised fact was a sharp economic contraction, followed by a recovery. The pandemic and its containment measures caused the worst contraction in Sri Lanka’s post-independence history, with growth sliding from 3.1% per year in 2018–19 to -3.6% in 2020. The contraction can be attributed to weak performance of the construction, garments, tea and mining sectors; a two-month island-wide lockdown style curfew which stifled the economy; the closure of the international airport which stopped tourism; and weak global demand for exports. But the contraction could be short-lived. The economy picked up to 8.0% in the first half of 2021 underpinned by strong growth in agriculture and industrial activities which broadly kept working, a low base effect, cheap credit and pent-up consumer demand.

Second, is a steep rise in poverty. Estimates  by the World Bank using a so-called ‘middle-income poverty line’ (poverty at US$3.20 per person per day) suggests that income poverty could increase from 9.2% to 11.7% between 2019 and 2020. This means that an additional half a million people in Sri Lanka, largely in urban areas and the informal sector, could become ‘new poor’ due to the pandemic. The World Bank figure is probably an underestimate of actual pandemic-induced poverty as it is based on a national poverty survey for 2016. Sri Lanka suffered significant loss of incomes and jobs in major economic sectors like garments, construction and tourism due to the pandemic. Daily wage-earning informal sector workers, who account for about 70% of the work force, and small enterprises seem the hardest hit.

Third, women’s employment was adversely affected. Female labour force participation rates fell from 34.5% to 32.1% between 2019 and 2020 indicating a higher rate of women opting out of the workforce than men, and a reversal in previous gains. Several major groups of women have experienced some impact including working mothers, women in senior management and ethnic minorities. Surveys shows that women have felt heightened pressures during the pandemic from balancing the demands of work-related tasks (often through shift work or teleworking) with household chores and home schooling of children. This caused exhaustion and mental health issues, leading to some women dropping out of the workforce. An added challenge is that women seem more at risk of losing their jobs than men with female unemployment rates rising.

Fourth, worsening external debt dynamics have compounded economic uncertainty during the pandemic. In December 2020, Sri Lanka’s external debt reached US$ 49.2 billion with substantial debt repayments of US$ 4–5 billion a year required between 2022–26.  Public expenditure fell as the government scrambled to put in place measures to mitigate the contraction while revenue generation fell to historic lows due to a reduction in economic activity, job losses and previous income tax cuts. The outcome was a steep rise in the fiscal deficit. The country’s typically unfavourable debt dynamics reflects persistent fiscal and current account deficits, notable currency depreciation, the costs of a thirty-year civil conflict that ended in 2009, and lacklustre post-conflict growth. Increasing concerns about debt-servicing capability have led to international credit rating agencies downgrading Sri Lanka’s ratings, shutting off access to international capital markets, foreign capital outflows and pressures on the currency.

Entering Covid-19’s economic crisis with weak macroeconomic conditions meant a muted fiscal stimulus in Sri Lanka compared to other South Asian economies. Accordingly, the government of Sri Lanka deployed a panoply of policies to limit the economic fallout from the pandemic. A signature policy was unprecedented easing of monetary policy, provision of liquidity and relaxing regulatory forbearance rules. Other measures included import suspensions which choked off import demand for non-essential goods, thereby conserving foreign exchange and a heavy reliance on currency swaps (with India, China and Bangladesh) and loans for external debt management. The early sign of a growth pick-up in 2021 suggests that, to some extent, the government’s unconventional policy mix has helped to mitigate economic scaring, and to support the economy at least in the short-term.

However, prolonging the unconventional policy mix could introduce economic distortions into the fragile economy and impede the recovery. For instance, the pick-up in private sector credit could lead to inflationary pressures, an overvalued exchange rate and muted growth. Furthermore, lengthy import substitution in a small economy like Sri Lanka without a significant base of industrial suppliers and a large domestic market could misallocate resources towards capital-intensive industries, encourage rent-seeking behaviour and invite retaliation from trading partners. Risks are also emerging relating to the duration of a third wave of the pandemic, hesitant tourism arrivals and foreign investment inflows, macroeconomic policy inconsistencies and tightening global financial conditions.

Despite the pick-up in growth, the economy is clouded by high uncertainty, a possible stop-go business cycle, high external debt repayments and rising poverty. In public the government have ruled out seeking an IMF programme which would provide assurance to international financial markets and enable Sri Lanka to borrow again. But an IMF programme would come with conditionalities like fiscal consolidation and liberalisation of imports which limit domestic policy space. The government has said that it will pursue a home-growth approach of continuing with its unconventional policies, honouring all foreign debt obligations and increase non-debt foreign inflows through sale of state assets, increasing exports and import restrictions. Only time will tell whether Sri Lanka’s home-grown approach, tinged by economic distortions and risks, can successfully revive the economy, reduce poverty and improve its debt profile.

If it does not, a refined economic strategy supported by external financing will be urgently needed to deal with a simmering economic crisis in Sri Lanka. Three concrete steps are involved. First, a national conference involving the major political parties should be convened to forge a political consensus on the scale of economic crisis and the implications of policy choices. Second, a team of domestic experts should be tasked with developing a comprehensive structural reform programme to stabilise the economy, mitigate the hardship on the people, deregulate the economy and green the economy. Drawing on existing work by think tanks can be helpful. Third, Sri Lanka should commence negotiations with the IMF on a programme of financial assistance and debt service relief. 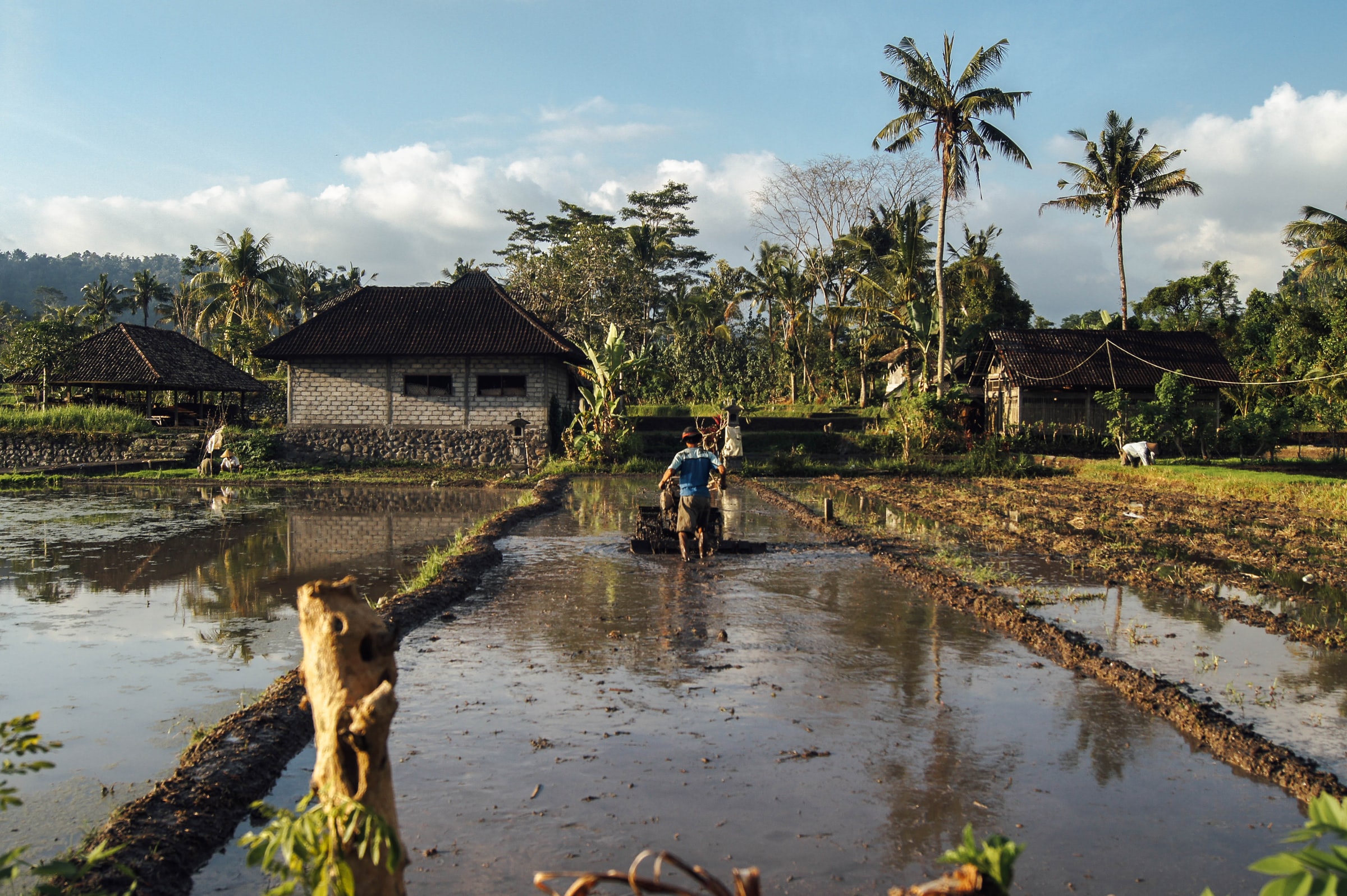 Bad Behavior has blocked 3125 access attempts in the last 7 days.