Pakistan is one of only two countries in the world (along with Afghanistan) which is yet to eradicate the highly infectious Wild Polio Virus (WPV1). In this post, Tahira Ali, Savaila Hunzai and Zahra Rao outline how locally-rooted, empathetic and culturally sensitive practices can help overcome barriers, and help increase the percentage of polio vaccination in the especially difficult terrains of Balochistan.

We are writing from one of only two countries in the world — Pakistan and Afghanistan — where the Wild Polio Virus (WPV1) remains endemic; as of October 2021, each had one case each. The case reported in Pakistan is in district Killa Abdullah in Balochistan.

In 2020, Balochistan alone reported 19 of a total of 71 WPV1 cases in Pakistan. Although a majority of cases of households refusing to allow polio vaccinations come from the Khyber Pakhtunkhwa, Balochistan cannot afford to slacken its efforts at polio eradication. Having been neglected politically and economically for the past seven decades, the province’s development has, in many ways, been stunted. It suffers from multidimensional poverty: 71% of the total population in Balochistan is multi-dimensionally poor (rural population is 85% and urban population is 38% multi-dimensionally poor); lack of infrastructure; an extreme water shortage (62% of Balochistan is deprived of safe drinking water, and more than 58% of its land is uncultivable due to water scarcity); dearth of employment opportunities; illiteracy (45% of Balochistan’s population is illiterate), refugee crisis and a history of gender imbalance.

The Polio Eradication Programme in Pakistan has been functional since 1994. Its numbers are a testament to its success; polio-positive cases in Pakistan have declined 99% from the 20,000 cases reported in the early 1990s. However, polio is a highly infectious viral disease, and thorough and rigorous preventive action and coverage is needed for it to be eradicated completely and sustainably. Much of Balochistan’s rural population is scattered and difficult to access which is an important challenge for outreach activities, complicated further by the region’s unique cultural norms and history, all of which pose challenges to polio eradication campaigns.

In such a situation, a group of local rural activists have come together to, among other things, encourage their communities to get their children immunised against polio. The National Rural Support Programme (NRSP) and the Balochistan Rural Support Programme (BRSP), with the support of the Rural Support Programmes Network (RSPN), under the auspices of the European Union-funded Balochistan Rural Development and Community Empowerment (BRACE) programme are supporting locals of nine districts to organise themselves into a network of local Community Institutions (CIs). These CIs are participatory, self-directed and democratic bodies, and form the social pillar to complement the administrative and political pillars of the province. The key features of the social pillar are that it has access to each and every household, and is able to mobilise them for common causes. Under the BRACE programme almost 300,000 households are being mobilised into 23,439 Community Organisations (COs), 4,973 Village Organisations (VOs) and 229 Local Support Organisations (LSOs). For the eradication of polio, it is essential that the locally rooted network of CIs is engaged.

In October 2019, a Polio Vaccination Officer was facing resistance from multiple households in the village of Kamal Zai in district Pishin, Balochistan. The families had two reasons for refusal: misconception of religious forbiddance, and problems with Polio Vaccinating Officers. Both of these are rooted in the fear of the unknown. LSO members challenged this narrative with their agenda of ‘haqiqi’ (true) development, led in this instance by Abdul Hayee, President of LSO Zalan.

‘We do not allow outsiders (to the village) into our house’

There were three households in Kamal Zai that had refused to get their children immunised. Together, the households comprised eleven families, so the number of children deprived of polio immunisation was significant. The Union Council Polio Officer, who is also a medical technician, informed the LSO President Abdul Hayee of this concern and requested his support. The UC Polio Officer, LSO President and two members of the LSO Committee met at the local hospital to find a solution to this problem. The group decided that more than anything, it was important to find out the real reason behind the families’ refusal to immunise their children. They visited the relevant households and met with the families. Only the UC Polio Officer and the LSO President were allowed inside the house. A detailed conversation made clear that the families had issues with the Polio Vaccinating Officer and not with the vaccine itself. The families did not appreciate outsiders (to the village) coming into their houses to administer the polio drops. The party took this issue to the District Polio Team who appreciated their efforts and explained their side of the situation: the service could not be decentralised to match each village with a polio worker from their locality, if such a person was even available. However, the LSO leaders could accompany the Polio Vaccinating Officers to the households.

With the issue resolved, the UC Polio Officer, LSO President and other members of the LSO again visited the three households to administer the polio drops. The head of the family in fact happily agreed to taking a picture as proof of his consent to getting his children immunised and for others to take inspiration from this.

Does the Polio Vaccine render a child infertile?

Having successfully overcome this challenge, LSO members gained confidence in their ability to communicate with local people who were not allowing their children to be immunised against polio. So, when a month later, they came to know of a household refusing to immunise their children against polio in village Hajazai, they decided to tackle the issue head on. The head of this household believed that polio drops would make children abusive and aggressive; there were also rumours that the vaccine was part of a family planning campaign and would render the child infertile. The LSO President was well-respected in the village because of his previous ties and philanthropic work in the region; he used this linkage to build rapport with the household. He explained that he was leading by example and had gotten his three children vaccinated as well. Following a detailed discussion, the head of the household allowed the Polio Vaccinating Officer to vaccinate his three children and also convinced his neighbour to get his four children vaccinated.

The essence of Abdul Hayee’s haqiqi development is inclusivity. It is context-based and realises that development is not about tall buildings but about enabling people to live a better quality of life. This perspective aligns with the BRACE programme’s Community Awareness intervention through which beneficiaries are informed of the importance of health and hygiene, education and vaccinations.

While it is difficult for the government to access each and every household, especially in rural Balochistan where population is sparsely spread out, initiatives taken by the local community itself under projects like the BRACE programme are very effective.

The government should take note of this and help build linkages between the local governments and CIs and their leaders like Abdul Hayee to enable an effective and efficient service delivery of polio vaccination for a polio-free Pakistan.

This article gives the views of the authors and not of the ‘South Asia @ LSE’ blog, the LSE South Asia Centre or the London School of Economics and Political Science. 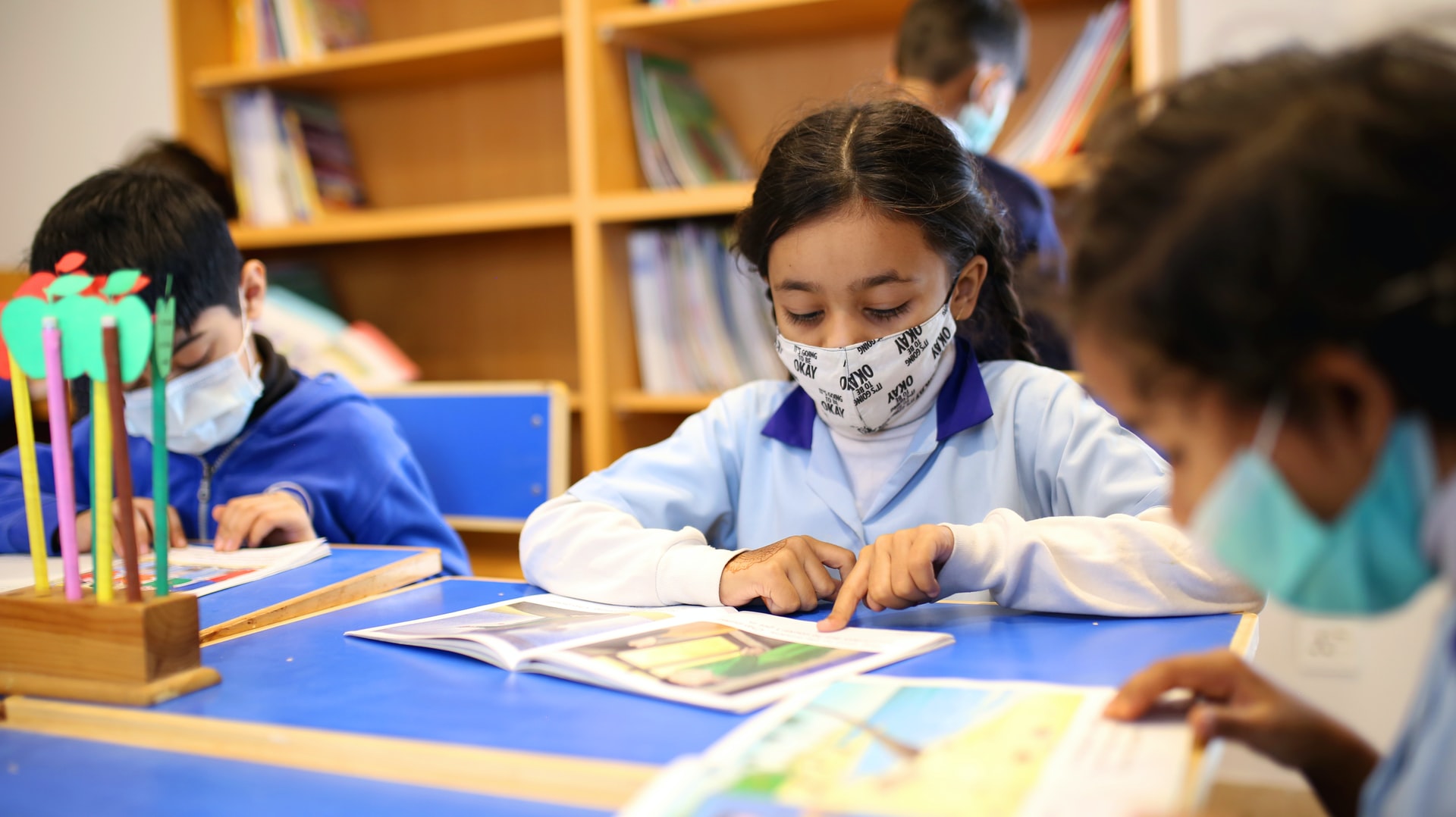 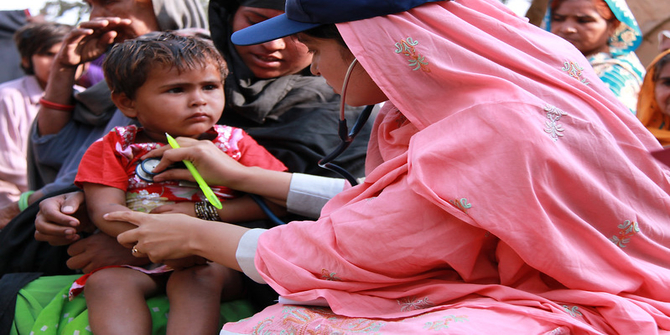