States often play a pervasive role in the creation and dissemination of disinformation. Disinformation is still the weapon of choice of authoritarian states, rather than just a societal phenomenon precipitated by social media users. Gehan Gunatilleke argues that in Sri Lanka, the true nature and extent of the problem of disinformation can only be understood if public discourse focuses on state-sponsored disinformation and the complicity of the private media.

I recently visited Berlin’s Stasi Museum, located in the former headquarters of the German Democratic Republic’s Ministry for State Security — the infamous ‘Stasi’. What struck me as I browsed through the installations was how central disinformation was to East Germany’s apparatus for terrorising its population and controlling narratives. It reminded me that disinformation is, above all else, a tool of the authoritarian state.

In Sri Lanka, the public debate on disinformation revolves around the question of whether the state should play a role in solving the problem. Proponents of state regulation point to the proliferation of disinformation via social media, and the need for state intervention to curb the harm it is causing society. Opponents of state regulation point to the dangers of empowering the state.

The Origins of ‘Disinformation’

Modern discourse on disinformation often portrays it as a new phenomenon proliferated through social media. But the term is not particularly new: it can be traced to the Russian word dezinformatsiya, which emerged in the early 1950s.

‘Disinformation’ is commonly defined as ‘​false information that is given deliberately’ — especially propaganda issued by a state organisation or agent. It is also understood as having potentially damaging impacts on citizens and democracy.

States have been deceiving their citizens (and other states) for centuries. They are the oldest and most prolific users of disinformation. Despite this historical context, the discourse on disinformation has a tendency to position the state as having a responsibility to deal with the problem. There is something paradoxical about inviting an entity that creates disinformation to also prevent and counter it. This paradox is acknowledged by Irene Khan, the UN Special Rapporteur on Freedom of Expression, who observes that ‘some states sponsor disinformation while ostensibly seeking to suppress it’. She also cites Myanmar and The Philippines, where state agents have deployed disinformation against minorities and dissenting voices.

On the one hand, the state has opportunistically suppressed criticism and dissent under the guise of countering disinformation. For example, it cracked down on citizens for allegedly disseminating false information relating to the COVID-19 pandemic. In each case, the actual severity of the harm caused by the so-called ‘false information’ remained doubtful; the real target was often the state.

On the other hand, the Sri Lankan state has refrained from prosecuting those who have used disinformation to incite violence against minorities. For example, in 2018, a Muslim-owned restaurant in Ampara was falsely accused of mixing sterilisation pills in food. Such disinformation directly led to anti-Muslim mob violence. Yet the state failed to hold the perpetrators to account.

It seems almost obvious that the Sri Lankan state should not be empowered to regulate disinformation. The recent proposal for a new law to curb false and misleading statements should be resisted, and alternative approaches that do not involve the state should be explored. For example, the reputational cost approach seeks to pressure social media companies to moderate content and curb the viral dissemination of disinformation; such an approach is rightly premised on the idea that the state cannot be trusted with more regulatory power.

The current debate on whether or not the state should be involved in countering disinformation in Sri Lanka is important. But it can detract from a more fundamental question: how do we begin to understand the state’s role as a source of disinformation?

The blurring of lines between the state and private media is at the heart of this problem. In the past, it was easier to identify the state as the source of propaganda because it would often be the state media that disseminates the false and harmful content. But in modern settings, the state acts through proxy voices — including politicians, private media entities, so-called ‘independent’ experts, and armies of ‘bots’ pretending to be users on social media. The channels of state-created disinformation are now highly diversified.

A good illustration of the problem is the disinformation campaign targeting outspoken lawyer Hejaaz Hizbullah. Hizbullah, who was a vocal critic of the Sri Lankan state (including its security agencies) was arrested and detained in April 2020. He was then falsely accused in the mainstream Sinhala media of being directly involved in the Easter Sunday Attacks. Some private media channels actively generated prejudice against Hizbullah by disseminating false accounts of witness testimonies against him. These media channels and scores of anonymous users on social media became the vectors of the disinformation campaign. Yet it turned out that the source of the disinformation came from within the security apparatus of the Sri Lankan state. Investigators lacked credible evidence against Hizbullah, so they created a media frenzy around the case to justify his continued detention, and possibly to divert attention away from their own failures to bring the actual masterminds of the Easter Sunday Attacks to justice. The disinformation campaign targeting Hizbullah is now the subject of a magisterial investigation into how confidential witness testimonials were leaked to and distorted by the media.

Hizbullah’s case reflects the Sri Lankan state’s ability to actively distort the truth to deceive the Sri Lankan public and persecute opponents. In other instances, the state has deployed disinformation to enhance its public image, and to conceal its failures. In the context of the Covid-19 pandemic, representatives of the state promoted the false narrative that burials (including Muslim burials) can spread the virus. They also downplayed catastrophic delays in vaccine procurement. Complicit private and social media channels faithfully disseminated these lies.

Recall the etymological and historical roots of ‘disinformation’. In the past, failing states such as East Germany used it prolifically to prop themselves up and suppress dissent. Today, it is still the weapon of choice of authoritarian states, rather than just a societal phenomenon precipitated by social media users.

In this overarching context, a recalibration of the discourse on disinformation in Sri Lanka is needed. The debate must shift from the question of ‘whether or not the state should be empowered to counter disinformation’ to ‘how do we counter the state’s disinformation’.

The problem of disinformation in Sri Lanka needs to be reframed to acknowledge the deep and pervasive role the state plays in its creation and dissemination. Keeping the state out of the solution is not enough when it is actually part of the problem. It is only through a more honest public conversation on state-sponsored disinformation and the complicity of the private media that Sri Lankans can begin to confront the true nature and extent of the problem of disinformation in the country. Empowering civil society and independent journalism, and protecting these sectors from bad-faith regulatory agendas, remain crucial. Ultimately, countering disinformation in Sri Lanka must become a project of resistance, rather than regulation.

This post gives the views of the author and not of the ‘South Asia @ LSE’ blog, LSE South Asia Centre or the London School of Economics and Political Science. 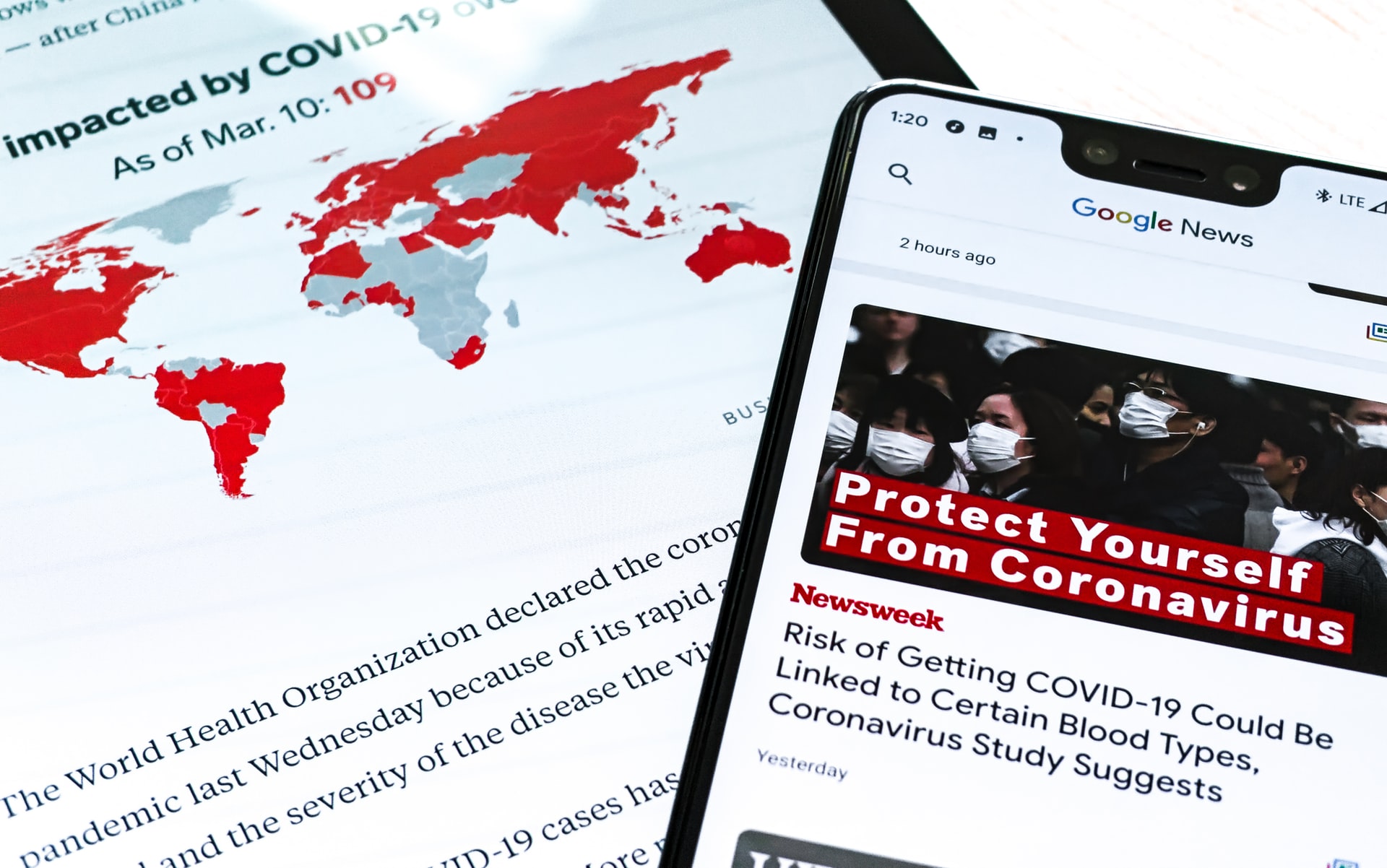 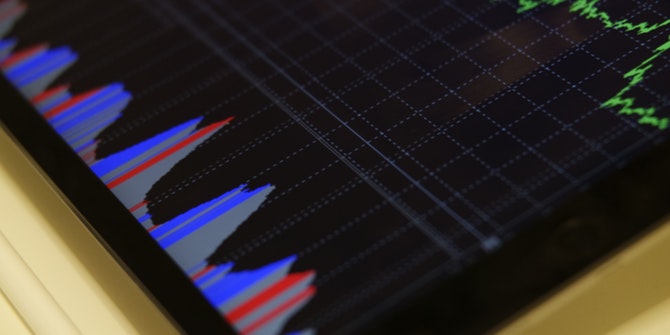 Bad Behavior has blocked 3144 access attempts in the last 7 days.