The Covid-19 pandemic has had a severe impact on the global economy. Ghamz E Ali Siyal argues that the large populations and fragile economies of South Asia warrant particular measures for recovery, including the unfashionable path of autarky, increasing investments in digital competencies and serious debt-relief measures.

The word ‘Coronavirus’ was at the top of the list of Google online searches in 2020 but was replaced by ‘cricket matches’ in 2021. It indicates that people feared Coronavirus less in 2021 even though some claim the pandemic will be endemic and especially remain a threat to poor and elderly people in the coming years.

Governments too are attempting to build back their economies from the pandemic but the question is: will a single approach work for all or different approaches are needed for developed and developing countries – like the countries in South Asia? This post argues that one size will not fit all. South Asian economies were severely affected by the pandemic but are recovering (see, Fig. 1). 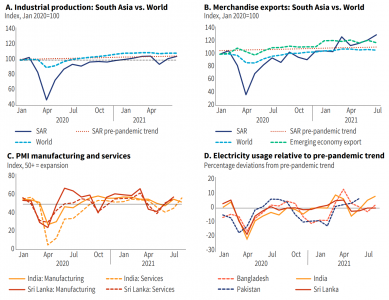 However, the recovery phase is still fragile and near-term growth is based on low base numbers of the year 2020. Challenges arising from the pandemic continue to require attention.

Challenges arising from the pandemic

The threat of Coronavirus has lessened but not ended. One can easily agree that countries with a quick vaccination response against new emerging Coronavirus variants will perform better than others. However, vaccination rates and health expenditures need to improve in the region to meet this threat. Along with that, it is important to apply smart lockdowns which means closing of the economy for a few days and opening again for a few days. With the recent Omicron wave, CDC now recommends a quarantine for 5 days for people with the symptoms of Omicron (Dur-e-Nayab and Haque, 2020; CDC, 2022).

However, even these lockdown restrictions will exacerbate supply and demand mismatch caused by the earlier ones that resulted in inflation globally. According to International Monetary Fund (IMF), since the pandemic started food prices have increased by 40% and low-income countries were more severely affected (Lawder, 2021). In 2022, the developing and emerging markets will face inflation of more than 6%, but advanced economies will peak at about 3.6% (Lawder, 2021). All South Asian countries, except Nepal and Bangladesh, have faced serious inflation in 2019–2020 (Fig. 2). 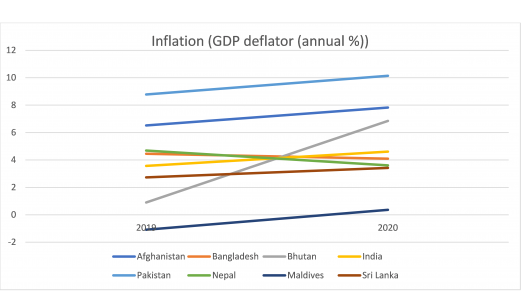 Figure 2: Inflation (GDP deflator (annual %)) in South Asia, Source: The data for inflation variable which is defined as (Inflation as measured by the annual growth rate of the GDP implicit deflator shows the rate of price change in the economy as a whole. The GDP implicit deflator is the ratio of GDP in current local currency to GDP in constant local .) is taken from World Data Bank.

As people are already tired of facing outcomes of a pandemic, like lockdowns, unemployment and inflation, the continued hike in prices of consumer goods will result in political instability. India has elections in 2022 while Pakistan is faced with huge political unrest and one of the key factors the opposition has been highlighting everywhere is inflation after the pandemic. It is, therefore, important for policymakers from South Asian countries to devise resilient economic growth policies for the short and long run.

In the short run, I argue, that developing countries should support autarky even though it is not a favourite path among trade economists nowadays. Self-sufficiency can sound like a utopian idea, but

particularly for the developing countries, it is important to mark a boundary or a threshold of export and import dependencies to avoid economic vulnerability to unexpected shocks to the global economy.

These countries do not have the economic resources of richer nations and so avoiding shocks is more important for them. South Asian countries, like other countries, were greatly dependent on Chinese products prior to Covid-19 because China is home to one third of global manufacturing. However,  the pandemic worsened the global supply chains and increased the cost of container shipment (Bradsher, 2022). Das (2021) found evidence of sharp trade declines between South Asian countries and China, though the rate of decline varies across countries. China’s export to South Asian countries is recovering now but, in a significant effort to avoid such dependence in future, India has initiated a movement for self-reliance, known as the ‘Self-reliant India Movement’ (Atmanirbhar Bharat). This movement stresses making local products and providing a special package to industries and workers. Other South Asian countries like Pakistan and Bangladesh should also focus on self-reliance.

The current economic crisis is the second time that the South Asian economies have faced huge shocks due to being closely tied into the international economic systems, after the global financial crisis of 2008–2009, when excessive dependence on international financial markets had resulted in huge losses to developing economies globally (Truman, 2009).

However, trade is considered the engine of economic growth and in the long run cutting off linkages entirely is not possible for any country. What is being argued here is that it is important to set a threshold of dependencies (for imports as well as exports) to avoid sudden shocks. For example, more than 50% of trade in a product or service with one country highlights a dependence on that single country. To illustrate, the current Russia–Ukraine war has, since the first month of the war itself, hit India’s economy hard, e.g., India imports 85% of its edible oil from Ukraine and 14% from Russia, creating a problem in that sector. Similarly, sanctions on Russia have negatively impacted India’s exporters’ incomes. Around $400 million to $600 million of India’s exporters’ income payments are delayed. Bangladesh’s Petroleum Corporation suffered a loss of €2 million per day and reported a huge shipping cost increase which has significantly impacted the textile industry. Pakistan’s economy is affected too. The war will increase oil prices too which will further devalue the importing country’s currency leading to higher current account deficits and inflation (ANI, 2022).

To avoid such dependence in the long run, South Asian countries have to assess their strengths and weaknesses in the production of goods and services to gain greater control. These countries still have a comparative advantage in business processes and tourism (World Bank, 2021). If we compare the contribution of tourism to their GDP before and after the pandemic, we can see that it has not reduced significantly. For example, the contribution of the sector to Pakistan’s GDP reduced from 5.7% in 2019 to 4.4%  in 2020, and to India’s GDP from 6.9% in 2019 to 4.7% in 2020 (World Tourism and Travel Council, 2021).

Further, diversifying trade and industry through investing in Information and Technology (I&T) and Research & Development (R&D) is important.  India once again leads by example. During the pandemic, a need for digital remote services was faced by every economy. India exported software services worth $133.7 billion during  2020–2021, which accounts for 4% growth compared to last year (Reserve Bank of India, 2021, Tab.2).

Moreover, connecting regionally can offer a middle ground between economic isolation and dependence on developed economies, but due to man-made differences, South Asian economies have the lowest share of intraregional trade as compared to other regions, globally. World Bank report “A Glass Half Full’’ estimates that South Asian economies can triple their trade volumes from $23 billion to $67 billion (World Bank, 2018) through increased regional trade.

One significant issue facing these economies is that of debt. Particularly, in this pandemic for South Asian economies the share of non-financial corporation loans has increased significantly in Maldives and Sri Lanka compared to other South Asian countries (Fig. 3).  Similarly, share of non-performing loans has crossed 5% warning threshold for every country in South Asia except Nepal (World Bank, 2021).

There is an urgent need for these countries to bargain with donors to pay back debts later, request short-term debt relief programmes, or a debt standstill option to provide relief to their poor already suffering from inflation. Increased revenue from increasing import tariffs, as argued here, can be used to pay back debt in the short run. It will shift the tax burden from consumer to exporter countries.

To have a better global future, developed countries should help developing economies strengthen their capabilities by investing in increasing innovations and promoting their homemade products until they stabilise. As Confucius said “Give a man a fish, and you’ll feed him for a day. Teach a man to fish, and you’ve fed him for a lifetime.”

The views expressed here are of the author’s only and do not reflect the views of any institutions, organisations or countries that he may have been affiliated with. 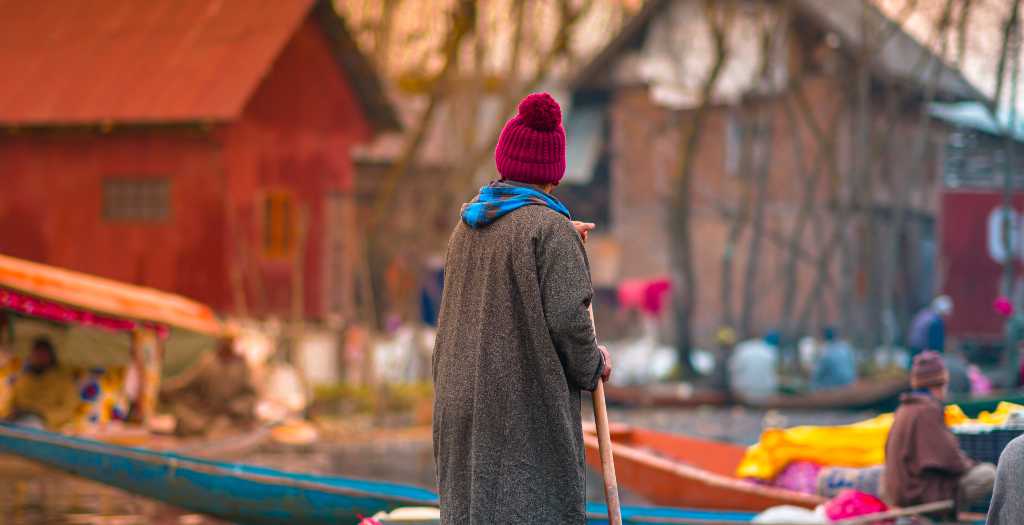 Kashmir since 2019 and Indo-Pak Relations

The ‘Sri Lanka’ Syndrome: Lessons for Bangladesh and South Asia 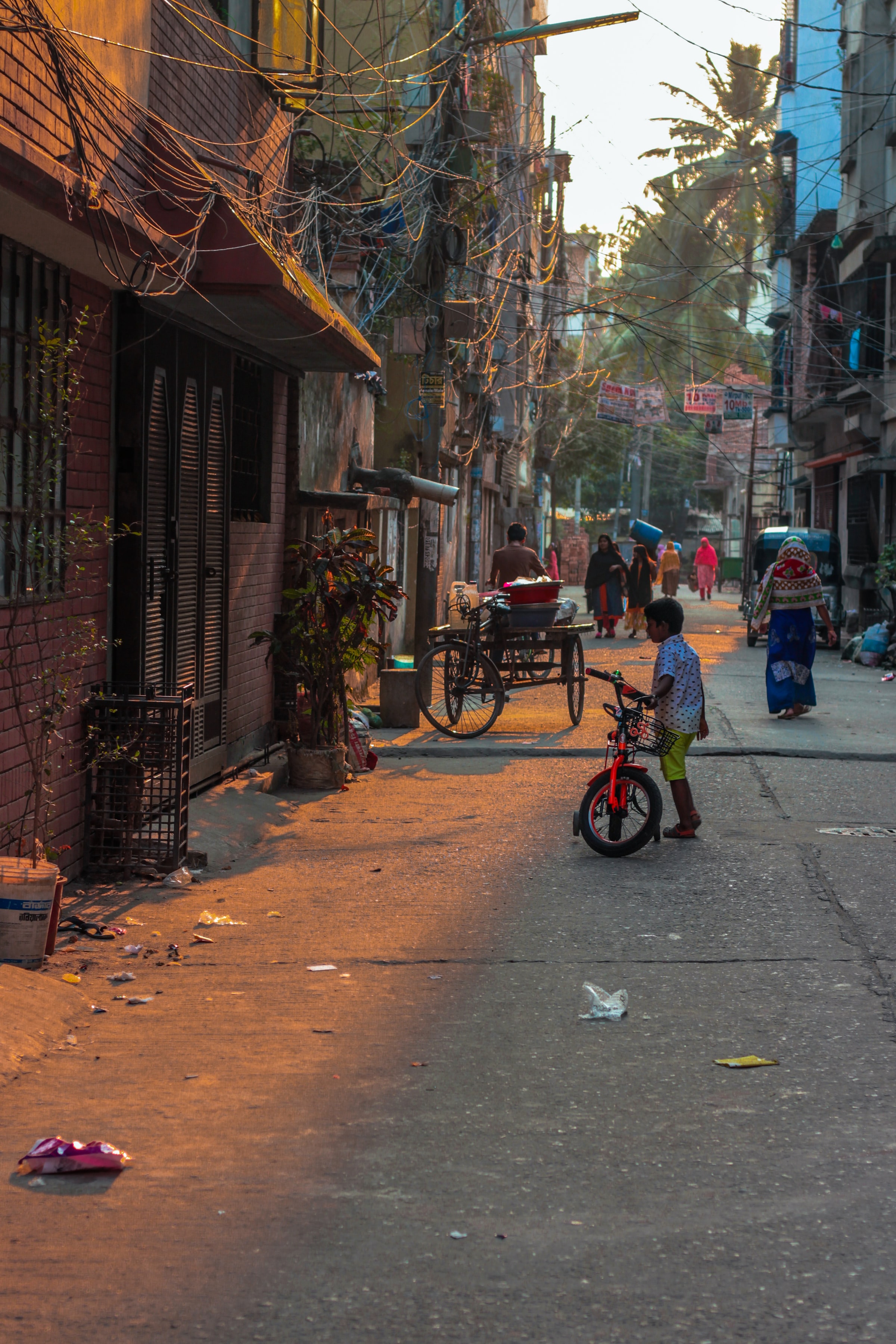 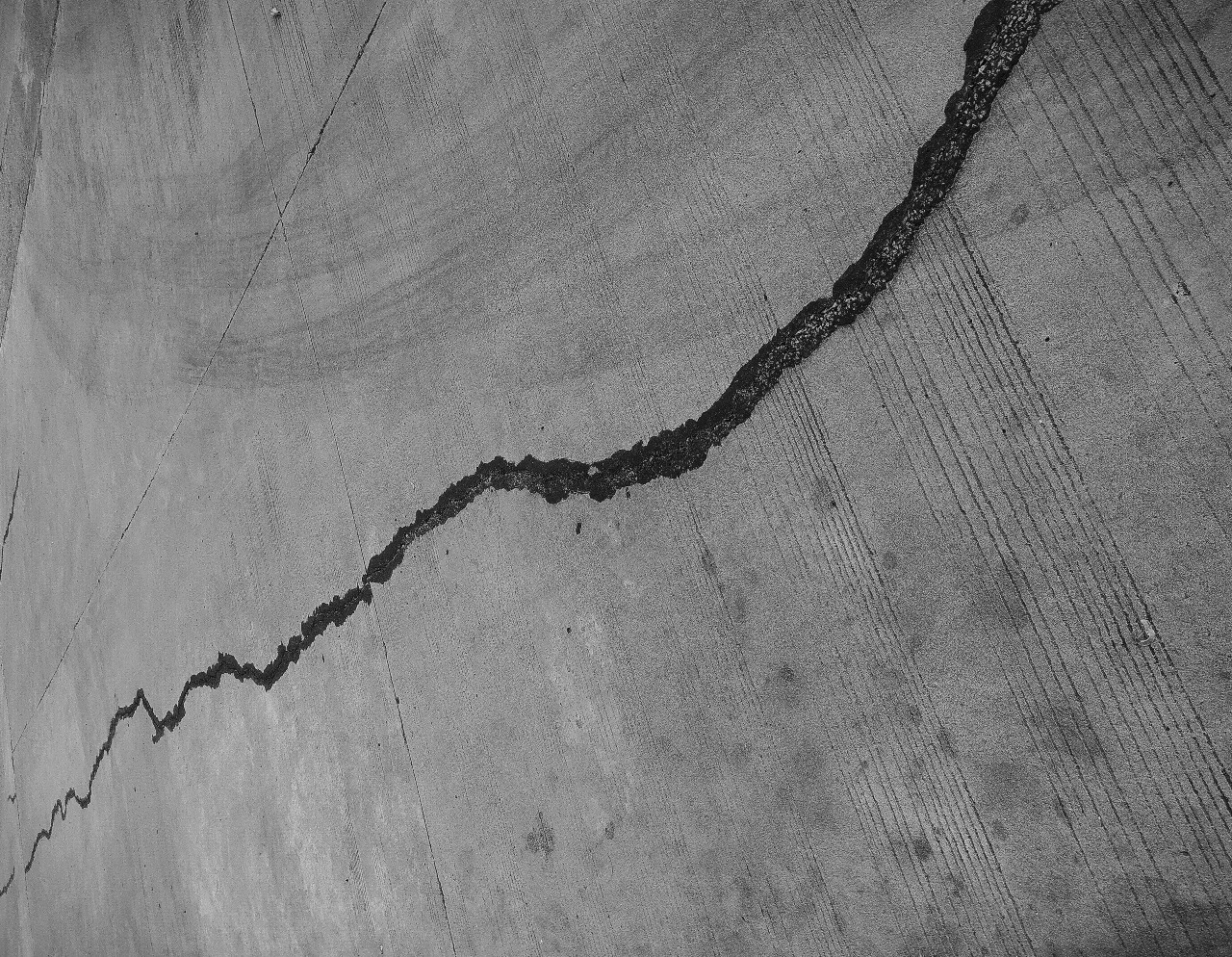 Bad Behavior has blocked 2381 access attempts in the last 7 days.