How can South Asia contribute to Global Development? Elias Khoury — winner of the LSE South Asia Centre Vera Anstey Essay Competition 2022 — argues that the rest of the world, and especially countries of the Global North, should learn development strategies from South Asia which has pursued sustainable models despite challenges and problems, and achieved success.

South Asia is the fastest-growing region on Earth. In 2016, it registered an economic growth rate of nearly 8% at a time when many developing nations were stagnant or declining. This explosive growth slowed, unsurprisingly, due to the Covid-19 pandemic. But while the region — India in particular — was ravaged by Covid-19, it is now rebounding. The World Bank has projected South Asia to grow by another 6.6% this year.

Development economists love quoting these facts. They also cite supposed success stories like Bangladesh’s manufacturing and Nepal’s energy production to argue that South Asia is the new face of global development. The economists are right, but for the wrong reasons.

In reality, South Asia’s contribution to global development has little to do with massive growth rates or heavy industry. Rather, it has to do with sustainability. Indeed, South Asia provides models for how to promote human flourishing while staying within ecological boundaries. In doing so, the region shows a path out of the ongoing climate crisis and toward a more viable future.

The current model of global development is not sustainable. Capitalist growth cannot deliver widespread prosperity on a dying planet with finite resources. It is structurally impossible, and due to gross inequality in how the gains of that growth are distributed.

The world’s billionaires own more total wealth than the bottom 60% of humanity, who receive just 5% of the gains from global GDP growth. Clearly, capitalist growth disproportionately benefits a certain subset of people. But what does that mean for global poverty reduction?

Economist David Woodward ran the numbers. His findings were shocking. At the present rate, eliminating global poverty would require expanding the world’s GDP to 175 times its current size. Given the limited evidence for decoupling economic growth from environmental harm, the consequences for ecology would be unthinkable. This is where chasing GDP growth — a common theme in development discourse — leads us.

South Asia is seeing this first-hand. Much of its growth has come at great environmental cost. Regional problems of air pollution, biodiversity loss and water scarcity have all been greatly exacerbated by rapid increases in production and consumption. Its rapid economic growth is far from unique in this regard. Economic growth the world over often comes at the expense of environmental health. This is especially true of rich countries in the Global North, as they are the primary drivers of climate change.

But, despite the pitfalls of South Asia’s growth, the region is also home to promising models of sustainable development which can act as blueprints for how to promote human and ecological flourishing simultaneously. The rest of the world should take note.

In 1972, the 4th King of Bhutan, Jigme Singye Wangchuck, declared that ‘Gross National Happiness is more important than Gross Domestic Product.’ His words altered the trajectory of his country for decades to come. A new development ideology had taken hold in Bhutan — one that foregrounded a more holistic view of progress and prosperity.

While Bhutan is not without its problems, the kingdom’s alternative approach to development has led to remarkable policy achievements. It holds the title of the world’s first carbon-negative country: that means it absorbs more carbon than it produces. Bhutan’s forests — which, by law, must cover at least 60% of the country — draw vast amounts of carbon from the atmosphere. And Bhutan’s emissions are kept low thanks in large part to its extensive use of hydropower.

Despite a minimal ecological footprint, Bhutan offers substantial provisions to its people. For example, Bhutanese law mandates eight weeks of paid leave for new mothers; that is lower than many other countries and certainly worth improving. But compare it to the United States, which — despite having a GDP per capita that is 20 times more than Bhutan’s — guarantees no paid maternity leave.

Bhutan also treats healthcare as a right and has had a free universal healthcare system since the 1970s. This was especially useful — and comprehensive — during the height of the Covid-19 pandemic. In addition to the usual services, the government of Bhutan provided psychological counseling for those in quarantine and delivered essentials to people’s homes during national lockdown.

Under a series of left-wing and even communist governments, the Indian state of Kerala has achieved similarly impressive successes. Situated on the Malabar coast, Kerala is home to a diverse mix of 35 million people and boasts a literacy rate of 96.2%. That’s higher than much wealthier jurisdictions like Kuwait, Portugal and Qatar. Kerala also has a higher life expectancy than any country with a similar GDP per capita, and is currently working toward guaranteeing internet access as a basic right.

Kerala’s statistics are strikingly similar to those of China. The two have almost identical literacy rates, life expectancies, and expected years of schooling. Yet Kerala’s development is far more sustainable. Adjusted per capita, its raw material consumption and carbon emissions are just 40% of that of China. This shows that the supposed trade-off between increased living standards and environmental protection is a false one. Societies can, in fact, achieve high levels of human development with modest environmental impacts.

To that end, perhaps the most impressive story in South Asia has been Sri Lanka. Prior to its current woes, the island had compiled a remarkable record of sustainability. Sri Lanka ranked second in the 2019 global Sustainable Development Index which benchmarks life expectancy, education and income to planetary boundaries. Its high ranking should come as no surprise. Sri Lanka provides universal healthcare and, between 2012 and 2019, cut poverty by more than 86% while keeping per capita emissions and resource use to just 20% and 30% of the global average, respectively.

The examples highlighted here are not perfect. Far from it. Despite its achievements, Bhutan is still a monarchy with a long history of persecuting its Lhotshampa minority; Kerala suffers from labour shortages in key sectors — especially of blue-collar workers; and Sri Lanka is currently facing falling imports as well as significant inflation.

Importantly, many of the problems plaguing South Asia are rooted in colonial dynamics. The situation in Sri Lanka is largely the product of a foreign currency shortage resulting from debt traps laid by Western creditors. Moreover, much of the industrial harm to South Asia’s environment is due to countries of the Global North outsourcing production there. Whatever their origins, however, these remain problems in need of solutions.

But none of this negates the fact that South Asia has successfully planted the seeds of sustainability. With a looming climate catastrophe, it is incumbent upon the rest of the world to follow South Asia’s lead and do the same. If that happens, South Asia may go down as the region that saved humanity from itself. And that is as big a contribution to global development as any.

The views expressed here are those of the author and not of the LSE South Asia Centre, the ‘South Asia @ LSE’ blog or the London School of Economics and Political Science.

Elias Khoury is pursuing a Masters in Public Policy and Administration (MPPA) in the Department of Government, LSE. 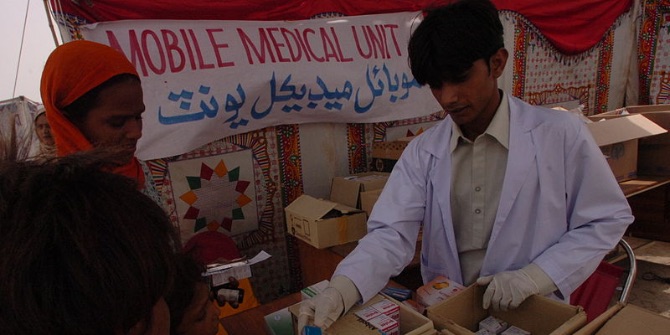 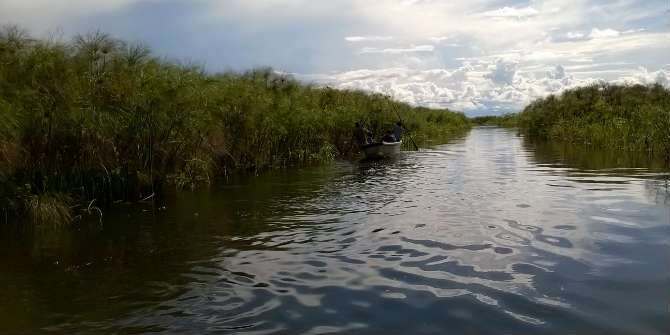