Professor David Reynolds, Professor of International History at Cambridge University, gave the inaugural lecture of The Commonwealth War Graves Commission (CWGC) at the LSE on 29th October, 2014. His lecture is a part of the LSE Remembrance series, which commemorates 100 years since World War 1. The lecture was titled, “Names: The Long Shadow of British War and Remebrance, 1914- 2014”. 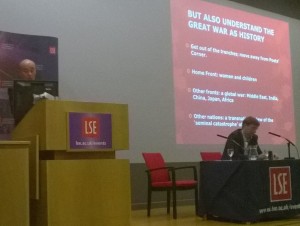 Not a person who regularly attends University public lectures (this is only the third one I have attended so far), I was coaxed into visiting the Sheikh Zayed Theatre on a cold Wednesday evening, by my Professor, Dr. Heather Jones, who invited all students in her course to attend the lecture as it fit in very well with all the discussions we were having in class regarding World War 1.

Before entering the theatre, I chanced upon loads of goodies being distributed by the CWGC as part of its initiative to give unheard voices of the war an identity. Entering the theatre weighed down with CDs, pencils, pens, maps and of course, fliers, my expectations were heightened and I was prepared to be mesmerised by one of the most successful historians in the discourse of International History.

And I got much more than I expected. It was, in colloquial terms, a “blast of a lecture”.

Prof. David Reynolds was introduced by Dr. Soenke Neitzel, Associate Professor in the Department of International History at LSE. Dr. Neitzel described Prof. Reynolds as a charismatic, highly energetic and humourous man, and indeed Prof. Reynolds kept the audience laughing throughout the lecture, in spite of its extremely serious topic. His lecture highlighted the commemoration of soldiers of the war and the challenges and policies associated with it.

Prof. Reynolds started his lecture by talking about the “poppy appeal” which has now acquired an important significance in the remembrance of soldiers who fought in the World Wars (Poppy is the flower used on World War soldier’s graves).

World War 1 was a war where death was on an unimaginable scale. This was a fact of military life – soldiers going on war knew they may never come back. In fact, bodies of the dead soldiers after a certain point were not brought back in England, as it was not easy to identify bodies. Uniform gravestones were created – there was no distinction between generals and privates. Graves were named, for those people whose names were available from the public records of enlistment. The memorials as part of the CWGC initiative is located at Somme and Thiepval and Prof. Reynolds encouraged everyone to give it a visit.

In Britain, the impact of the war was huge, “old” men, past the age of enlistment, like Lutyens and Kipling were extremely remorseful about the war, especially Kipling, whose son died in the war. His body was never found and his last sighting was on a field where he was walking with half of his face shot off. Kipling’s famous statement, “A soldier of the Great War- Known unto God”, written for the epitaphs of the soldiers, maybe came through his personal grief and also out of the shared collective memory of the soldiers lost. Kipling’s son has no named gravestone. According to Prof. Reynolds, Kipling’s poem, “Epitaphs of the war”, where he said, “If any question why we died, tell them, because our fathers lied”, maybe came straight from his heart.

Today, these graves are memorials and there is magnetic attraction, as soon as one goes there, to find your family name.

The commemoration and remembrance process began more than fifteen years after the war (1964 – 1968), with BBC producing its Great War documentary in 1965. What was surprising was the then ‘photoshopped’ photo of the soldier, from the war trenches. It was a horrific expression, one that defined fear. It was the haunted gaze of the man in the trenches. This was also the time that war poetry and its study assumed significance. These were the poets who brought to life the names in the trenches.

According to 1960 anthologies of scholars like Brian Gardner, there was a learning curve of the poet- soldiers. It started with naive patriotism to naive sarcasm to final acceptance of the pity of war. These were the “quintessential” war poets.

Movies and plays like, “Oh! What a Lovely War” (1963, 69) kept alive these horrific images of war in the minds of people. The again brought to life, the forgotten tragic stories.

A century on, there are now no veterans of the Great War (WW1) in Britain. In the literal sense, it is difficult to remember the war because we don’t have any contact with the dead. But there is also a need to understand the Great War as History. There is a need to get out of the trenches, move away from the poet’s corner.

There is now a need to take a more transnational view of the war, other fronts like China, India, Middle East, Japan and Africa need to be included in these war studies, as this was a global war, not something just confined to Europe.

Prof. Reynolds finished his speech amongst a thundering applause and really left some important questions in the minds of the people. Names really need to be given and thoughtfully so – because each name defines and excludes unconsciously someone or something. There is a need to look beyond the traditional framework given to us about the ‘Great War’.

Boy, I am so glad I went for that lecture. 😀 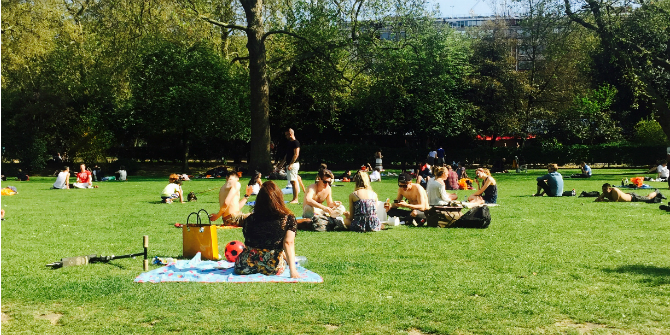 How to de-stress during the exam period 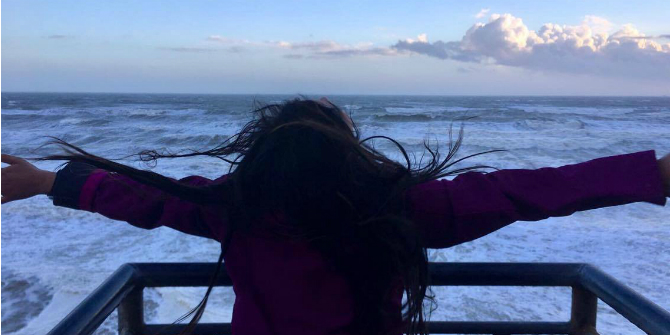 Why there is strength in (home)sickness 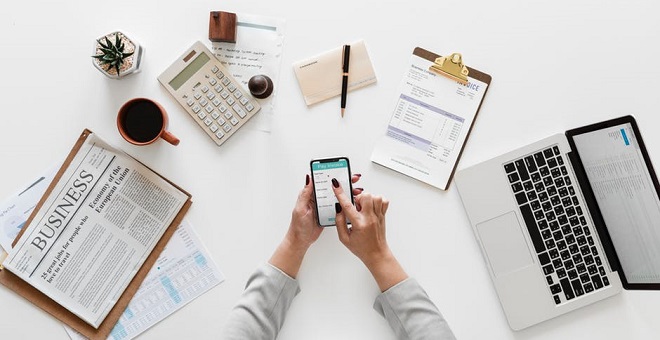 A Guide on How to Nail Your Accounting Report 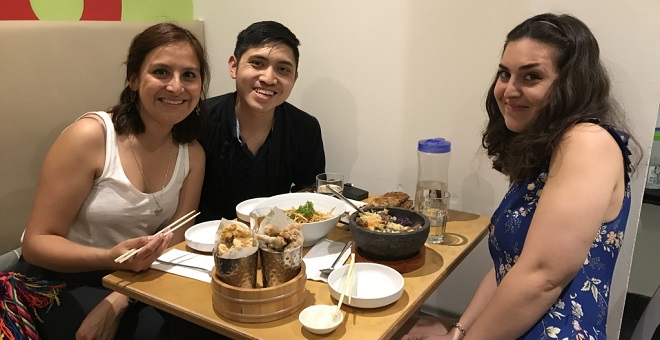 Enjoying the London Summer While Working on Your Dissertation

Bad Behavior has blocked 453 access attempts in the last 7 days.