Don’t get me wrong, I had great relationships with my professors at my previous university. I enjoyed the lectures and seminars I attended, and always felt able to go and talk to my teachers about anything regarding my course or advice for the future. In fact, the positive relationships that were fostered there are probably one of the key reasons why I felt like I could apply to LSE in the first place: my professors always encouraged me to challenge myself and try new things, even if they seemed daunting initially. However, I think there’s a slightly different relationship with lecturers at LSE. I think this might be due to the fact that we are postgraduate students and though I am definitely one of, if not the youngest on my course, many of my fellow students are in their late 20s and 30s. I feel as though there is less of a divide between students and professors, with professors valuing your opinions on a range of topics, not just the course content, and treating you as equals. The Media and Communications department itself is very close, and there is a great atmosphere at our social events, with professors mingling with students and talking about things other than the course. I’m sure everyone who attended the end of term party knows what I mean: we danced the night away with our professors, one of whom is ACTUALLY a DJ in disguise, and had a really fun evening which I honestly believe brought us all a bit closer together. I think there’s something about seeing your professor ‘breaking it dowwwwnnnnn’ on the dance floor that makes you view them as less like intellectual robots and more like real people.

So if you’ve read my posts on the LSE blog before, you’re likely to have come across my ‘Reading Week Retrospective’. At the time of writing that I had just handed in 3 essays and I honestly wasn’t sure whether I’d even pass them. I was so used to writing English-style papers in my previous degree: I had encountered so many alien concepts here and I wasn’t convinced that I understood them. My marks proved otherwise. I think it’s important to remember that we are ultimately here to learn, not to be told things that we already know. Yes, there is a massive step from undergraduate to postgraduate degrees. Everyone who I’ve talked to has confirmed that. But that doesn’t mean that it’s something to run away from. Yes I’ve been afraid, yes I’ve thought that I wasn’t good enough to be here. But I know that I’m not the only one. As long as you put the work in, and reach out to friends and professors who you feel comfortable talking to, you will make it through. People understand, and more of them feel the same way as you than you might think.

3) It is possible to keep to a word limit

This is quite a personal one, but let me be frank: I have often in my life treated word limits on essays as loose guidelines, a mere ‘suggestion’ on how much to write. I would always be (somehow…) just exactly on the absolute word limit, you know, the 10% that they allow for those of us who just can’t seem to stick to the rules. Yes, I would always be that person. In fact I think that I often went over even that, but hey, who’s counting!?

At LSE, this really isn’t the case. In one of my formatives, I confess that I used my own definition of what the word limit was (give or take 300 words) rather than sticking to the formal one- and I was called out! Well. Surprise, surprise. Checking the word count isn’t so hard for professors when their students email them their papers…. Luckily it was a formative assessment and it didn’t affect my mark in any way, but it sure as hell freaked me out. For my summative I made sure that I stuck to those word limits and, for once, I actually did.

For me, the main problem was that I would always write double the given word count when I was doing my first draft of an essay. Yes, that’s right, double. I’ll never forget the time I wrote 10,000 words for a 5,000-word paper and almost had a mental breakdown at the thought that I had essentially written two essays, and needed cut out HALF of what I’ve written. Now, I’m no genius, but I admit that I feel very attached to my essays. I just hate the thought of cutting them down, it feels like loosing a limb. Well, not as drastic, but you get me- its long and painful and nothing is ever the same afterwards. Actually, in the case of essays, it’s not the same, its better. Once you cut out the c**p you actually start to tease out the argument and the whole essay comes together. The boundaries are there for a reason. Professors aren’t going to set word limits on essays that no student is able to stick to. For someone who has the tendency to waffle on and on, actually being selective with your words might feel restrictive and just plain wrong sometimes, but it has to, and it can, be done.

I live in Tooting, which most central Londoners regard as being so far south that it might as well be in Surrey. Well I assure you that I am in fact in Zone 3, and that is most definitely still in London. I have been known to use this as an excuse for being late for pretty much every lecture last term (especially the morning ones) and even though I tried to pretend it was just me being fashionably late, stumbling into a lecture room red faced because you had to run up five flights of stairs was really not a good look. I think part of the reason why I’m late is firstly, because I underestimate how disgustingly busy the tube is and secondly, because LSE’s campus is actually a lot more complex than it seems. So my previous university, the University in Nottingham, had the largest campus in the UK. So you knew that it would take quite some time to get to lectures and seminars, so you planned ahead. LSE is comparatively minute, so I was under the impression that every lecture hall or classroom is equidistant from the station. Well, actually, I couldn’t be more wrong. The buildings are all over the place and they’re tall too! Every student at LSE knows that relying on elevators is practically a death sentence. Honestly I think half the time they don’t even work. Or at least they make it to the ground floor maybe once or twice a day, and never when you want them there. Basically my point is, and perhaps this is only applicable to me, but get to lectures on time. No-one wants to be that person who rocks up 10 minutes late and is stared at by an un-amused audience of fellow students who all bothered to get up that extra 15 minutes earlier than you, or spent a little less time getting ready, and got there before the lecture started. Well, that’s going to be me this term (I hope).

So I’m going to end on one of the most important lessons I think I’ve learnt whilst being here. We are so lucky that here at LSE there is such a diverse range of students coming from so many different backgrounds. I’ve met people from places I’ve never even heard of, and listened to so many interesting stories about what life is like in places from all over the world. I was fortunate enough to grow up in Dubai and was in private co-ed international schools my whole life. My friendship group consisted of people from Britain, Pakistan, India, South America, Eastern Europe, the Middle East- just to name a few of the nationalities that circulated throughout childhood. Through those people I have learnt so much about the customs, traditions and religions of the world, and I have come to value each and every one of them. Being at LSE is very similar in the sense that there is a fantastic mix of people who are so keen to talk about their lives: where they live, how life is there, where they worked, what sorts of experiences they had. I have absorbed their stories with enthusiasm, and even astonishment at some points. People constantly surprise me, and I am always eager to discover and understand more about the lives of people who are so different from myself. I will truly cherish the friends I’ve met here even if next year we are miles apart, and I’m so thankful that LSE continues to give so many people the opportunity to study with them in this amazing city. 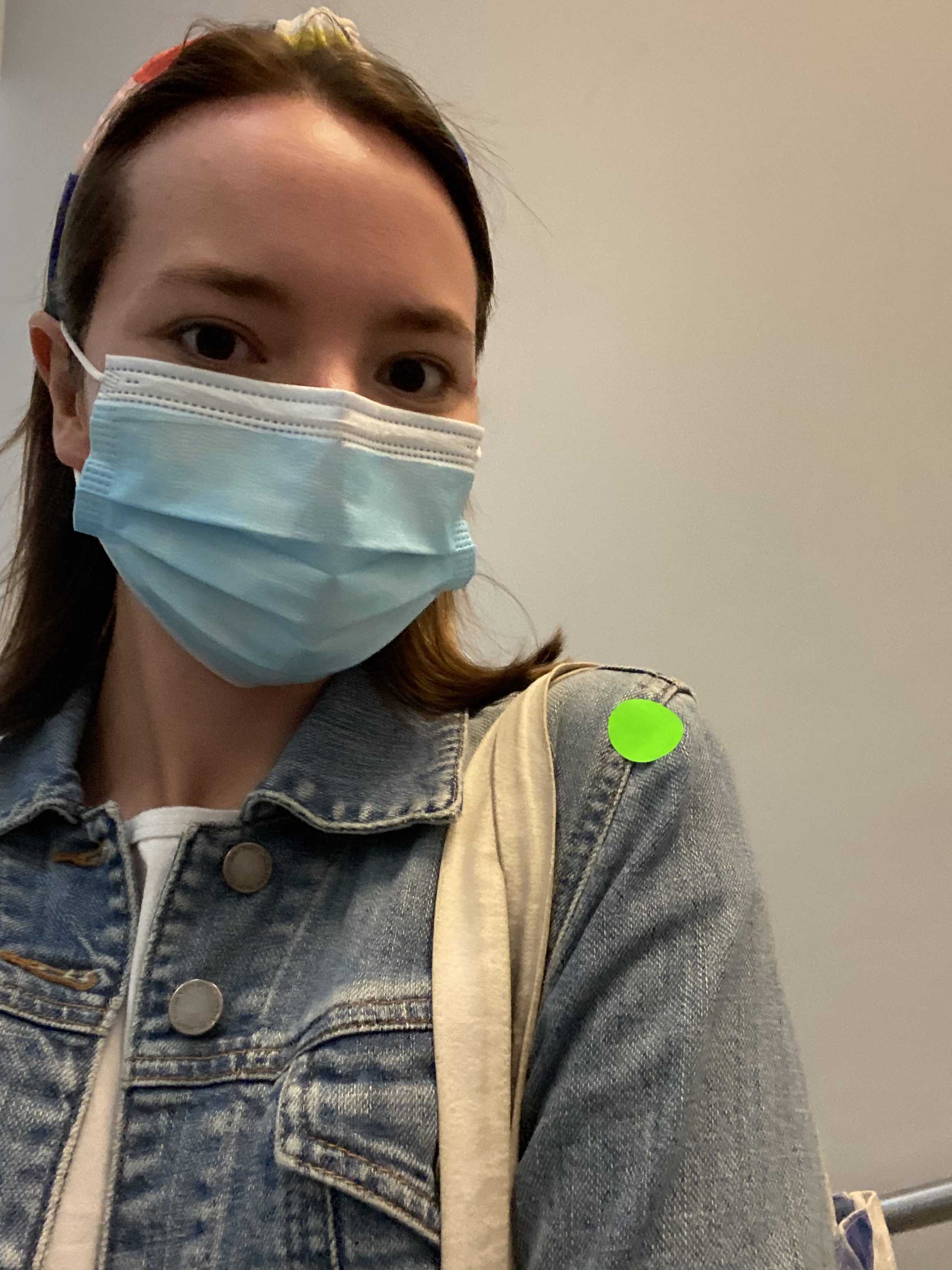 Getting My COVID-19 Vaccine 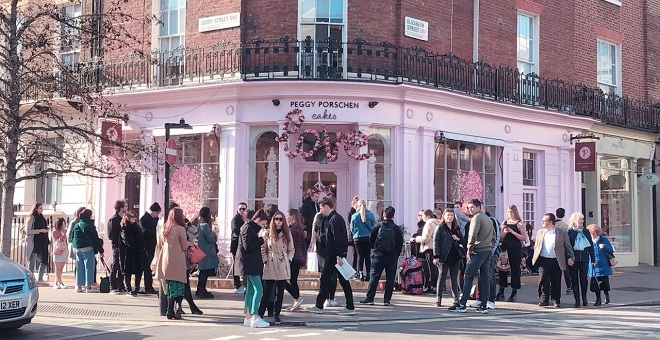 Tips on Saving Money in London 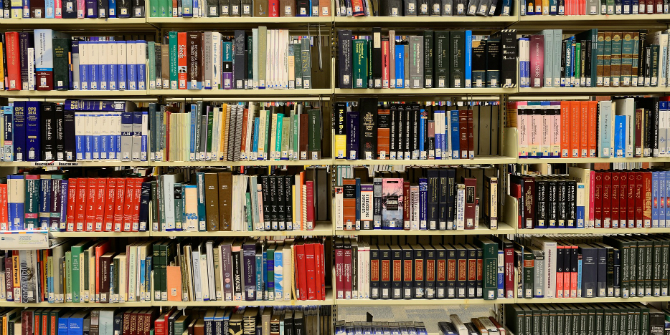 Bad Behavior has blocked 490 access attempts in the last 7 days.