Non-academics most often hear about objectification in the context of discussing photos in magazine fashion spreads or adverts; as in, ‘Those pictures are so objectifying!’. Perhaps less frequently, someone might complain of ‘feeling objectified’ by someone else. Generally speaking, objectification seems to refer to a way of treating another human being as some kind of object. But what does this involve, exactly? And how do photos do it? Moreover, we sometimes hear of ‘sexual objectification’; what is this? Is it different from objectification, more generally? Is sexual objectification only something that can happen to women, or can it happen to men too? Is it always a bad thing when it does? I’ll address some of these questions here.

In her influential article ‘Sexual Objectification’, the philosopher Martha Nussbaum lists a range of ways in which one person can objectify another person, in the sense of treating that person in ways which resemble the ways we treat inanimate objects. Objectifying someone, she says, can involve treating another as some or all of the following: as an instrument for the pursuit of one’s own interests, irrespective of theirs; as lacking in autonomy; as inert or lacking in agency; as fungible (that is, as swappable with others, without loss); as someone whose boundaries can be permissibly violated; as capable of being owned; and/or as someone whose experiences and feelings are irrelevant. Nussbaum treats sexual objectification as objectification, in one of these forms, in the context of a sexual relationship. In her book Sexual Solipsism, Rae Langton adds to the list as further possible forms of objectification: treating someone as reduced to her body, or body parts; as reduced to appearances; or as silent and lacking the capacity to speak.

Nussbaum and Langton aren’t looking to find the essence of objectification (that is, a single thing that objectification is, essentially); rather, they are making a list of all the different ways in which we might treat fellow humans being as if they were objects. Inanimate objects are used as instruments, lack autonomy, are inert, lack agency, are fungible, and so on; humans can be treated in these ways too. As this suggests, their account is not limited to a particular gender: in theory, since men can be treated as instruments, as lacking autonomy, as inert, and so forth, men can be objectified as well as women, even though in a patriarchal cultural context, it is more usually women who are treated in these ways.

Now, some of the forms of objectification just listed look necessarily harmful to their recipient, for instance, treating someone as if their boundaries can be permissibly violated looks inevitably harmful, according to most theories of human well-being. But for other forms, it looks like their harmfulness or otherwise will depend on the context in which they occur. And indeed, this is explicitly acknowledged by Nussbaum, who, whilst granting that most of the time objectification is harmful to women, suggests that in the context of erotic games, for instance, some forms of objectification, including sexual objectification, might be permissible and even ‘wonderful’. Equally, one might add, there is no harm in a doctor treating one as ‘reduced to one’s body’, when the aim is to heal a particular part of that body from disease. Usually, whether an action counts as harmful depends on factors such as the intentions of the agent, and/or the consequences of the action; the same is true here, one assumes.

However, according to a different account—that of the feminist theorist Catharine MacKinnon—sexual objectification is necessarily harmful, and not only sometimes in virtue of a particular context. Moreover, on her account, objectification is something that can only happen to women, and can only be done to women by men. On the face of it, this makes MacKinnon’s account look incompatible with Nussbaum’s; indeed, Nussbaum herself treats it that way. However, when we look more closely, we can see that the two accounts are doing different things, and are not competitors. In theory, they could both be right (whether MacKinnon is right in practice is not something I can address here).

MacKinnon’s view is tied to a radical theory of gender. According to MacKinnon, one’s gender is identified as such in virtue of one’s place in a social hierarchy, and whether one falls into one of two groups, one with far more power than the other. The social role of the first group (‘men’) is necessarily to forcibly treat women as instruments for men’s sexual and other interests; the role of the second (‘women’) is to be treated this way. A woman is socially defined as a ‘thing’ to be used by men, sexually and in other ways. Being socially defined this way is what counts as ‘objectification’ on MacKinnon’s view. On this account, objectification counts as sexual on two counts, both different to Nussbaum’s: first, because it involves women being used for men’s sexual interests, among others; and second, in the sense that, she claims, masculine dominance and feminine submission to that dominance are eroticized, both by men and women, so that both genders come to find the power imbalance sexually exciting.

In delineating this account, unlike Nussbaum and Langton, MacKinnon isn’t aiming to list all or most of the ways in which one human might treat other humans as if they were objects. She intends, in advance, to focus on one particular form of such treatment: forcibly treating another as an instrument in a way that actually violates their autonomy. This is a form of treatment that, one assumes, could only ever count as harmful and wrong. And she intends to focus on one particular context in which such a form of treatment occurs: men’s behaviour towards women in a patriarchal society, in her sense of those terms. It is for these rather undramatic reasons that her view takes ‘sexual objectification’ (again, in her sense) to be necessarily harmful, and directed only towards women by men. Nonetheless, since they are so plainly possibilities of behaviour, it would be uncharitable to assume she was ruling out as non-existent the other forms of objectification listed by Nussbaum and Langton, or even from counting them as morally benign in certain contexts.

So far, we have the following answers to our original questions: Broadly speaking, objectification involves treating another person in ways that resemble the way we treat inanimate objects (treating them as an instrument, or as lacking in autonomy, or as inert, or as fungible, and so on). Sometimes these behaviours occur in the context of actual sex, or are simply eroticized by those involved, and in both those contexts, it makes sense to call them forms of ‘sexual objectification’. As a matter of contingent cultural context, forms of objectification are mostly extended towards women rather than men, but they don’t have to be. Equally contingently, objectification is usually harmful to its recipients, but it doesn’t have to be; much depends on context (the intentions of those involved and/or the consequences).

We have yet to say much about the many contingent contexts in which objectification, thus understood, obviously is harmful, especially to women. We have also yet to say anything about how photos can objectify. I think we can illuminate both of these questions by speculatively positing a causal mechanism that might lie behind a lot of the forms of objectifying behaviour identified by Nussbaum and Langton. This mechanism in question is what I call ‘mind-insensitive seeing’ (or more precisely, ‘seeing-as’, though this can be ignored for present purposes).

What I mean by ‘mind-insensitive seeing’, roughly, is a way of seeing a fellow human being which to a greater or lesser extent minimizes perception of, and attention to, their mind: which either removes it as an object of attention altogether, or somehow reduces its acknowledged presence. Arguably, this way of seeing is what causes many objectifying forms of treatment as earlier described. It is because one sees another in a mind-insensitive way, that one treats her as an instrument, or as lacking in autonomy, or as inert, or as fungible, and so on. If true, this would explain the harm apparently often caused by objectifying treatment, and attested to by several experiments in social psychology: for once the mind of another person ceases to be attended to, or is even positively ignored, then their thoughts, desires, feelings, values, and experiences are thereby likely to be downplayed, to their highly probable detriment.

How does this way of seeing others, and particular women, get a grip in our culture? Certain photos in fashion magazines and adverts are a major influence, I suggest, in that they encourage this way of seeing the women depicted in them, and by extension, women generally. For instance, fashion photos often encourage us to see the women they depict as bodies: literally, to perceive their subjects in a way that is indifferent to any mental life at all. Think, for instance, of American Apparel’s campaign, showing undressed women in contorted poses with blank expressions. Alternatively, fashion photos sometimes encourage us to see women, and especially women of colour, as animals; as ‘exotic’ wild creatures, crawling or snarling. Others encourage us to see women as children, posing them with knee-socks, bubble gum, and pigtails, for instance. Another trope is to present photos representing women as duplicates: a line of similarly dressed and arranged women (as often on the catwalk), minimising the detection of any personality differences between them. Occasionally, magazines even present women as inanimate objects; as tables for other objects, for instance. In each case, a way of seeing women is encouraged which either ignores completely, or reduces attention to, some aspect of their mind: thoughts, higher cognition, personality, or feelings.

Given the sheer saturation of such imagery in the media, it looks plausible to posit mind-insensitive seeing—seeing women as bodies, or as animals, or as children, or as duplicates, or as insensible objects—as deeply entrenched as a result. Meanwhile, ways of seeing generally are not the sorts of mental activity one can prohibit in oneself simply by choice: they tend to be passively acquired, experienced as automatic, and are therefore hard to eliminate. In conjunction with the fact, if it is one, that seeing women mind-insensitively tends to lead to their harm, this would make the casual and near ubiquitous use of such imagery something society should question.

To sum up: We now have an explanation of why objectification is harmful in so many contexts. It is harmful because it is the result of habits of seeing that reduce or eliminate attention to another’s mind, where this in itself is likely to produce harm to that person. We also have a theory about why certain media images count as ‘objectifying’: they encourage viewers to see women in a way that is mind-insensitive. And we have a programme for action: to further investigate the empirical links between objectifying imagery and ways of seeing women that may contribute to their detrimental treatment.

Kathleen Stock is Professor in Philosophy at the University of Sussex, with research interests in objectification, feminist philosophy, and the philosophy of fiction and art. 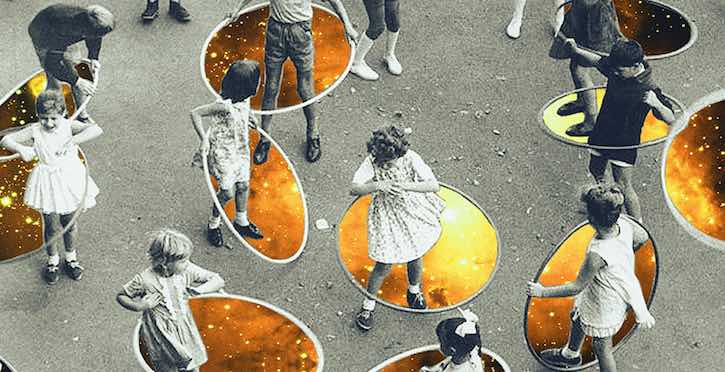 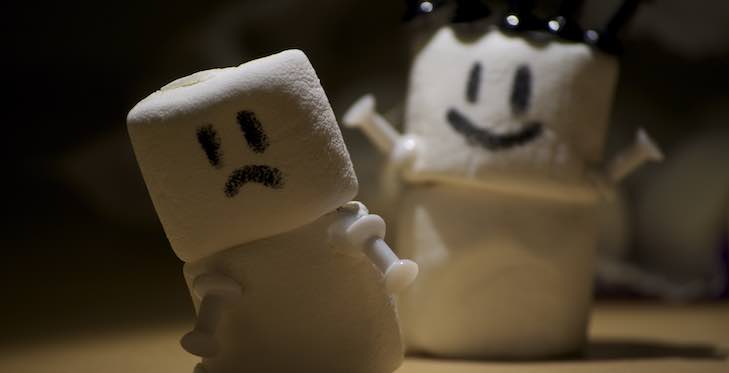 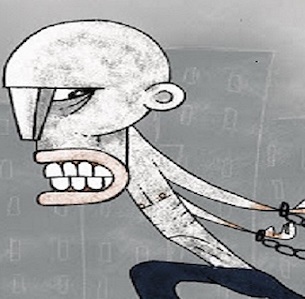