Until the early years of the 21st century, crimes tended to be committed away from the eyes of the majority of society, with traditional media broadcasting information about them often on their own terms. Ray Surette writes that the advent of social media in the past decade has led to a new type of ‘performance’ crimes, where people create accounts of their law-breaking through text, images and video, which are then digitally distributed to the public on a large scale. He comments that social media has also opened up new ways of combating crime for the police, who can take advantage of the self-surveillance of those who publicize their crimes on social media.

In 2013, a 16 year old boy in Ottawa, Canada was arrested for making bomb threats to schools across North America. While sadly this type of crime is now not particularly unusual, what is different is the way in which he was caught; his extensive bragging about his anonymous phone calls on Twitter eventually brought the police to his door. Until now, those who commit crimes have preferred to try and hide their actions and identities. However in the 21st century social media world, these surreptitious crimes now compete with performance crimes like these.

The core elements of contemporary performance crimes are that they are created for distribution via social media and involve both willing and unwilling performers. Performance crime can be of two types.  The first is a sort of ‘informed consent’ performance where the actors are aware of the production (sometimes recording or filming it themselves) and at least tacitly support its subsequent distribution — in this sense a crime performer is ‘behaving for the camera’ similar to an actor in a play. The second involves an uninformed, unwitting performance produced without performer knowledge or acquiescence — here a person is being recorded in a production similar to a nature documentary.  Social media have caused performances of both types to explode.

These performances are no longer rare events place and time bound to physical stages and scheduled broadcasts; they are now ephemeral renditions constantly created and digitally distributed. This change came about with the transition from legacy to new media in the 1990s, which in turn has brought about changes in society and created new stressors on criminal justice systems.  The content and portrayals of crime and justice in new and legacy media look similar and the transition from one to the other has been largely seamless. The result has been a muted recognition of the substantial impact of the shift on crime and justice and the subsequent emergence of performance crime.

With the rise of social media a significant change has been that content consumers can also be producers of self-generated content and can be content distributors.  In the 21st century people place themselves open to the voyeuristic gaze of others in uncountable small-scale private performances that are socially mediated for public consumption on an often large scale. The isolated acts of ‘reading the newspaper or turning on the television’ have been replaced by the collective experience of posting, tweeting and ‘going viral’.   The result has been the shifting of audiences from passive to active participants and to performance emerging as a common characteristic of media content.

Due to these trends, a large amount of seemingly disparate crime and justice activities by offenders and law enforcement and judicial personnel can be understood through the conceptual lens of a performance.  In this new social media reality the public not only follows crime and justice, but participates and adds their own performances, the most noticeable being performance crimes.

The growth of performance crime is additionally tied to the celebrity culture that emerged in the 20th century when celebrities became a focus of public interest and becoming a celebrity a career goal.   Feeding off of this celebrity culture, social media has resulted in offenders posting pre-crime confessions, videos of themselves committing offences, and post-crime footage holding evidence and bragging about their criminal acts. In the process, these enthusiastic crime performers often generate evidence used for their conviction.  Social media-based performance crime waves include activities such as ghost riding, and the knockout game.  The social media dynamic that drives offenders to post their crime performances has also influenced the treatment of crime victims, so that ‘performance victimization’ is also a new reality and adds a public humiliation element to criminal victimization in a perverse ‘shaming-the-victim’ process.   The regular online posting of terrorism videos and the numerous terrorist group internet sites further exemplify how social media is used to produce online performance terrorism specifically tailored to multiple audiences.  The over-sharing that lies at the core of self-incriminating performances is an extension of the significance that social media have come to play culturally.   It is better to get your performance out there and be known than to be unknown in a celebrity culture, even if criminality is required.

The main impact of social media performances on law enforcement has been to enhance and extend surveillance.  Social media provide access to the personal diaries, photo albums, and home movies of millions of people, most of it freely provided so that the 21st century is an era of unprecedented self-surveillance.  The historical prerequisite that a person must be under suspicion to be brought under surveillance has faded, and broadly targeted, automatic, continuous surveillance is the norm. The popularity of self-surveillance makes hidden and pervasive surveillance more acceptable due to the fact that when voluntary performances are ubiquitous, surveillance is not perceived as intrusive and being in a camera’s view is no longer unusual.  Public space surveillance as non-consensual passive consent performances is exemplified by law enforcement-operated surveillance camera systems and the rise of car, body, and community surveillance camera systems.  From these systems images are regularly culled for evidence as well as news content.

The lure of self-surveillance and self-promotion is such that a number of fugitives have provided enough information on social media for law enforcement to determine their identities and locations.  Unsolicited voluntary performances from offenders have also resulted in a number of posted confessions.  In these performances, offenders post scenes that clearly reflect and sometimes openly boast of their guilt.  Lastly law enforcement agencies have developed social media-based counter-performances, a common one being to pose as pedophiles to attract and capture sex offenders.   In these performances police falsely perform to lure individuals who then unknowingly perform as predators in surreptitiously recorded performance crimes.

What drives crime and justice performances?

This article is based on the paper, “Performance Crime and Justice” in Current Issues in Criminal Justice.

Leave a Reply to Social media and crime: the good, the bad and the ugly | Do and Tell Cancel reply 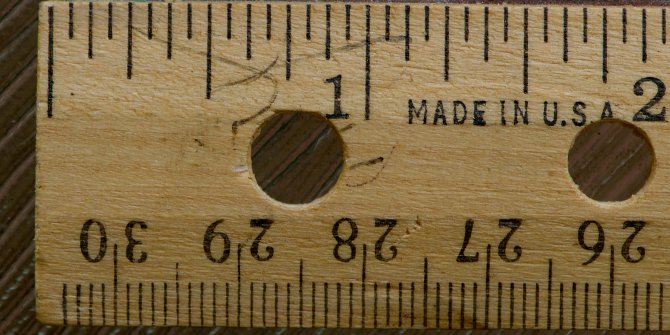