Evans Mensah is a Masters student in Media and Communications at LSE. He is from Ghana where his journalism training promoted British standards as the model for anyone aspiring to a career in the profession. The hacking scandal, however, has got him questioning the values on which he has built his career.

It was a sweltering 37 degrees outside as I sat in a small Ghanaian classroom with fellow journalism students listening to a lecture about exemplary journalism in western advanced democracies.

The lecture was ninety minutes long during which we were strictly forbidden to ask any questions of the lecturer determined to instil in us the tenets of good journalism by drawing on western press practice as examples worth emulating.

It was on this hot afternoon that I first read with utter amazement the story of the Watergate scandal that brought President Nixon’s administration to its knees. However, the heroism, aggressiveness and ruthlessness of the British press dominated our lecture.

In one sense, it should be no surprise that our curriculum had a strong British bias. After all, Ghana was a former British colony and the post-colonial press in Ghana, of which my lecturer was part, had continued to be heavily influenced by British journalism standards even after independence.

What strikes me now though is the extent to which Ghanaian journalism reflects its British counterpart and the extent to which students are encouraged in almost every lecture to act and behave like a British journalist. That was the Holy Grail for every student and professional journalist in Ghana in order to be reckoned among the best.

As I relaxed in front of the television in my East London apartment last week, enjoying the summer break from rigorous academic activity at the London School of Economics, watching parliamentarians grill the Murdochs about abhorrent and highly unethical journalism practices within their press empire, I shuddered to imagine what effect the phone hacking scandal will have on the press in Ghana.

I imagine the implications will be seismic when I consider that students and lecturers alike will be caught up in a huge dilemma wondering whether to pursue the status quo in copying the British press as the ultimate example of near perfect journalism.

It is a view that has inspired Ghanaian newspaper owners to adopt British titles like The Mirror, Daily Express, Daily Mail and The Times. Even in broadcasting, there are news programmes like ‘Newsnight’ copied from the BBC which I hosted before coming to LSE.

The mindset behind this is simple. If you cannot convince the reading public that your paper’s standard of journalism is as high as the British, then why don’t you name the local paper after a British title; it just might give you the credibility you need.

As the ongoing phone hacking scandal continues here in the UK, there will be students, lecturers and journalists in Ghana contemplating the propriety of continuing to view British journalism as the ideal. Certainly, I know it will be at the back of my mind when I return to Ghana to continue working as a journalist after LSE. 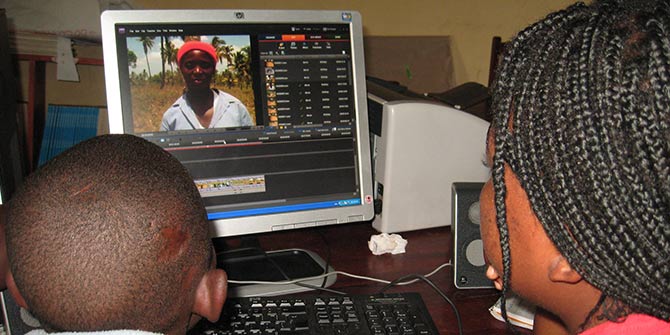