LSE alumnus Kwame Marfo argues that Ghana’s economic progress is a miracle to be savoured. This post originally appeared on the Neo African Consensus blog.

2011 was a turbulent year. The Arab Spring brought down formidable military despots  in the Middle East. Japan was devastated by a triple whammy of earthquake, tsunami and nuclear meltdown. The United States narrowly dodged a geopolitical own goal with a last minute deal to avoid defaulting on its debt. The eurozone area staggered from one crisis to the next. Even almighty China, the engine of growth of the global economy over the last few years spluttered while the likes of India, Brazil and Russia flattered to deceive.

However, in the stormy waters of the Atlantic Gulf of Guinea, it was business as usual. As a matter of fact, Ghana posted a year-on-year GDP growth rate of 13.5 %, the highest in the world (bar Qatar) to power its way to become sub-Saharan Africa’s fourth middle-income country.

That was not supposed to be the case. As recently as the early eighties, the nation was on the brink of despair. The political space had been hijacked by corrupt individuals.

Years of plundering the state with impunity, falling prices of cocoa and increased cost of financing sovereign debt had left a gaping hole in the nation’s financing. Worse, a debilitating famine had left a trail of despair in its aftermath. The nation had run out of money to service its debts. To complicate matters, over a million Ghanaian economic migrants were chased out of Nigeria in their infamous “Ghana must go” bags. The nation was at the crossroads. To quote the words of the late John Hagan, who was put in charge of relief supplies, “God had forgotten us”.

So how did Ghana, who had championed military dictatorship and made a public spectacle of mocking the institution of presidency, achieve political stability while its neighbors crashed and burned? (see fig. 1)

Explanations have varied, ranging from the legacy of marginally better colonial-era institutions, natural endowments (gold) or perhaps the lack of it (huge deposits of hydro carbons), some element of luck or as some Ghanaians would have it, “by the grace of God”.

Advocates of “benevolent dictator” doctrine argue that in an era where military dictators ruled the roost in Africa, Ghana was fortunate to have a less-than-malevolent dictator in the mould of Flight Lieutenant JJ Rawlings who held the reins of the failed state and prevented it from falling apart, while using a carrot and stick approach to force painful, yet necessary economic reforms that set the stage for the progress that has been witnessed in the last few years.

However, American-based Ghanaian economist, Professor Ayittey disagrees. In a November 2010 speech to Star100, a network of Ghanaian professionals in London, while promoting his new book, Defeating Dictators, he argued that there is no such thing as a benevolent dictator. The only good dictator, he said “is a dead one”. Rawlings, he indicated, was as brutal a dictator as his peers and would never have relinquished power had he not been taken down by his own devices. He attributes Ghana’s political stability to the defeat of Rawlings.

In Defeating Dictators, Professor Ayittey indicates that dictators are all of the same ilk. They keep a tight grip on power by controlling six key state institutions – the media, judiciary, electoral commission, central bank, security forces and civil service. To defeat them, one would have to pry away one or more of these institutions.

In Ghana’s case, it was the media. Dr. Ayittey credits Alliance for Change, a non-partisan group of 10 technocratic, concerned citizens (of which he was one) for using nifty ways to hit the administration of Rawlings with his own constitution. Rawlings had grudgingly allowed for freedom of expression under pressure from international financial institutions, on whose largesse he had built his administration.

The pivotal moment occurred on 4 December 1994 when police raided and shut down the pirate radio station, Radio Eye, the brainchild of Ghanaian businessman-cum-politician, Dr Wereko-Brobbey. Alliance for Change and other like-minded organisations took the case to court and won. This led to a proliferation of independent radio stations whose scrutiny thwarted every attempt of Rawlings to rig elections, leading to his party’s defeat in 2000, according to Dr Ayittey.

So what can other African countries learn from Ghana’s experience? New York Times columnist, Thomas Friedman summed it up best at the time of Rawlings’ defeat. He pointed out that the four most democratic West African countries at that time – Benin, Ghana, Mali and Senegal – all had vibrant and independent radio stations.

He urged the international community to stop delivering lectures on democracy to Africa. “Let’s instead make all aid…all loans…all debt relief conditional on African governments’ permitting free FM radio stations. Africans will do the rest,” he wrote.

The jury is out on whether the dividends from political stability will stand the test of time. That, however, should not prevent the long-suffering people of Ghana from revelling in this rare positive spotlight. So pardon the people if they wish to uncork champagne bottles, grill some suya khebabs and dance to the tune of azonto music with reckless abandon. For this time, it may be different! 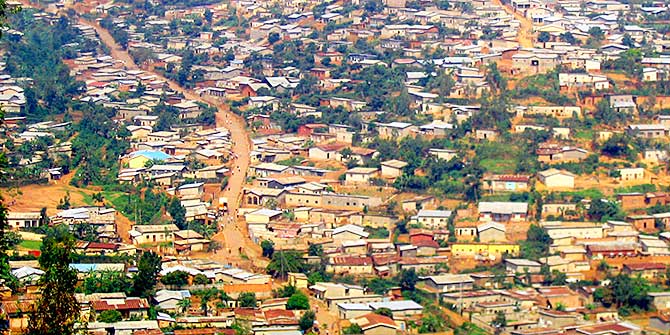