LSE’s Simone Datzberger discusses the recent Fourth High Level Forum on Aid Effectiveness held in Korea and the challenges ahead. This post originally appeared on the LSE IDEAS blog.

“Where has the aid money gone?”

This was the title of a Guardian DataBlog article released on 12 January 2012 which analysed the reconstruction efforts, costs and funding of conflict and earthquake shattered Haiti. The matter of concern is worrisome indeed as – echoing the Guardian -“figures released by the UN special envoy for Haiti show that only 53% of the nearly $4.5bn pledged for reconstruction projects in 2010 and 2011 has been delivered.”[1] Looking at the current funding status of the latest appeals by all humanitarian organisations, the situation in Haiti seems even more devastating.

According to the data collected by the United Nations Office of Humanitarian Affairs (OCHA) Financial Tracking System (FTS)[2], only 2% of all funds required in the near future are hitherto covered.[3] As of 27 February 2012, within OCHA’s FTS, Haiti is ranked as the second most underfunded country worldwide in terms of funding appeals and requirements by organisation and “real” commitments (not pledges) made.  Liberia leads the way (1% of all new appeals thus far funded) and Côte d’Ivoire is ranked third (only 3% covered).Strikingly, once aid money has finally reached a country or an aid organisation, practitioners and experts within and outside the development community frequently complain about how inefficiently and inadequately this money is eventually spent. In her book Dead Aid, Dambisa Moyo famously highlighted that over the past fifty years more than US$ 2 trillion of foreign aid has been transferred from rich countries to poor – Africa being the biggest recipient with no major improvements thus far. Reasons why this financial aid has not led to “desired outcomes” and has failed to fulfil any “benchmarked” criteria, vary from corruption at all levels to lack of capacity, political will or bad timing – to name but a few.

For some authors such as Linda Polman, the aid industry per se is part of the problem. In her controversial books The Crisis Caravan: What’s wrong with Humanitarian Aid? and War Games: The Story of Aid and War in Modern Times, Polman criticised  the vast industry of aid agencies and operations as doing more harm than good. Sudan serves as one of her prime examples where the military regime benefits more from aid than the targeted beneficiaries in Darfur.

Other experts shifted their focus to the question of how aid money could be better allocated. For many, the concept of microcredits or direct cash transfers has become more and more convincing in that it shows the potential to reduce poverty in a straightforward and sustainable manner.  Put simply and, in Joseph Hanlon’s words (and also the title of his book), just give money to the poor.

Hence, effectiveness of aid  depends largely on the where, how, why, when and how much. This tricky interplay of increasing funds in a financially unstable world while simultaneously tackling all the implementation problems, shaped the Fourth High Level Forum on Aid Effectiveness from 29 November – 1 December 2011 held in Busan, Korea (also known as HLF-4). Around 3,000 delegates met to discuss the progress on implementing the principles of the 2005 Paris Declaration on Aid Effectiveness. The list of thematic sessions was long, particularly focusing on:

Notably, for the first time Africa (representatives from the AU and NEPAD) presented a consensus on its Development Effectiveness agenda – certainly an important and crucial step forward.[4] Yet, only time will show whether the Busan talks will have an impact on improving the quality and delivery of aid beyond numerous briefing papers, key documents, summary reports and speeches. In fact, none of these declarations or high-level reports are de jure or de facto binding. Talking about change is one thing, actually doing it is another.

Further, issues which were not on the official agenda at the HLF-4 included how to effectively minimise corruption (at all levels, thus also within aid organisations), how to avoid aid-dependency and ensure exit strategies (to truly foster local and sustainable ownership of the process), and how to culturally sensitise approaches towards development (not aid).

In short, the devil lies in the detail and, in this particular case, the detail is in the word “effectiveness”. The Oxford Dictionary defines the term as “the degree to which something is successful in producing a desired result”. The crunch question now is  – what is a desired result and for whom? In 2000/01, the World Bank published a fascinating book trilogy called ‘Voices of the Poor’. In its study, the Bank interviewed, in total, 60,000 poor women and men in over 60 countries worldwide to gather their views on how to eradicate poverty and improve their lives.  This study compiled an extensive account on how poverty and aid is perceived and experienced by the very people it affects. Unfortunately not many follow-up studies have been undertaken.

Thus, despite ongoing studies, debates and efforts on how to improve and tackle the major challenges of the aid industry, progress is slow. After all, there is one thing even the biggest chunk of aid money can’t buy: consistent and coherent political will combined with a more cultural and ethical sensitive approach towards development at global, regional and local levels. In the attempt to measure success and failure and, consequently, effectiveness, aid has become a depersonalised set of indicators. In other words, when debating and writing about aid effectiveness, we all run the risk of sometimes forgetting for whom the aid is needed so urgently.

References:
Hanlon, Joseph, et.al. (2010): Just give money to the poor: the development revolution from the global south, Kumarian Press, U.S.

Moyo, Dsambia (2009): Dead Aid, Why aid is not working and how there is a better way for Africa, Farrar, Straus and Giroux, New York

[2] The FTS is a global, real-time database which records all reported international humanitarian aid(including that for NGOs and the Red Cross / Red Crescent Movement, bilateral aid, in-kind aid, and private donations). 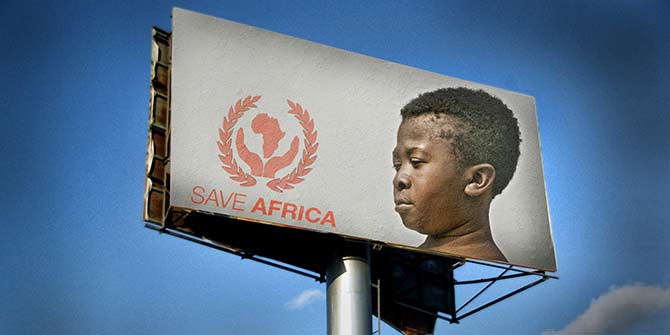 Bad Behavior has blocked 449 access attempts in the last 7 days.