Fifty years after Algeria’s independence, France is still in denial

Fifty years after Algeria’s independence, France is still in denial

In a second post looking back at the legacy of France’s colonial dominance over Algeria, LSE’s Nabila Ramdani recalls the price Algerians paid for independence.

This post originally appeared in the UK’s Guardian newspaper.

In 1962, Bob Dylan released his first album, Brigitte Bardot was at the height of her fame, and the James Bond film Dr No was made. It was the start of a decade which would forever be associated with creativity and entertainment.

But for Algerians of my parents’ generation the swinging 60s mean something entirely different. My father remembers 5 July 1962 as the day that France’s last major colony became independent.

Freedom for Algeria, the largest country in Africa and the Arab world, called time on a savage period of history in which some 1.5 million Algerians died, most in aerial bombing raids and ratissages – jargon used to describe the way in which army units “combed through” cities and towns slaughtering those they came across. Hundreds of thousands more were tortured as an entire nation was made to pay for resisting the might of an overseas “master” to whom it had been subjugated for 132 years.

Such thoughts were high in my mind on a recent trip to the Château de Vincennes, the castle just outside Paris where King Henry V of England died. What visitors are not guided to is the site of the nearby concentration camp for dissident Algerians. My father told me about compatriots the same age as him who were hanged from trees by police in the Vincennes woods. One of the lynchings made a small item in the then Manchester Guardian in early 1962 under the headline “Strange fruit in the trees”, the headline taken from the lyrics most famously performed by Billie Holiday about African American hangings.

More incongruous still, the anecdote was in a column entitled “La vie Parisienne” – one which usually focused on artists honing their talent in the City of Light. So it was that the so-called ratonnades – another sinister term referring to violence specifically directed at north Africans – were relegated to quirky corners of the press. The killing by police of more 200 Algerians on a single day in Paris in October 1961 was similarly under-reported. Many were thrown into the Seine and left to drown. Some 10,000 more were rounded up inside the city sports stadiums and attacked; torture methods included victims being forced to drink bleach.

It did not stop there. Masses of disaffected Algerians had been imported to rebuild post-second-world-war France on low wages, and the influx continued after the Algerian war. Most were stuck in rundown out-of-town housing estates where, today, their children and grandchildren continue to face anti-Muslim discrimination on the margins of the republic.

There was barbarity on both sides, with Algeria’s National Liberation Front (FLN) responding to savage repression in kind. But this week the authorities will focus on the “positive aspects” of colonialism – the sort schools are now obliged to teach by law. It imposes an “official” view of history, whitewashing the crimes France’s erstwhile empire inflicted on Algerians.

France’s National Army Museum in Paris is currently hosting a new exhibition about the “complicated” decades of French colonial rule. Despite some vague attempts at balance, “Algeria 1830-1962” is mostly a tribute to a Gallic army putting natives in their place. Though there are graphic pictures of FLN activists being tortured, the display as a whole fails to address what this dark period did for relations between the two countries.

Consequently, the exporting of Gallic “civilisation” will be used to disguise what really happened in such recent history. Just as France continues to infuriate the Arab world with its opportunistic policies in countries like Libya and Tunisia (supporting tyrants one week, and then turning on them the next), so it pretends that it was acting in the best interests of Algerians all along. Meanwhile, those once-colonised people who were young and ambitious on 5 July 1962 can, more than anyone else, see through this manipulation of history. The decade of the 1960s will always be as clear in their collective memory as it is for the millions who remember it for its fun and glamour. 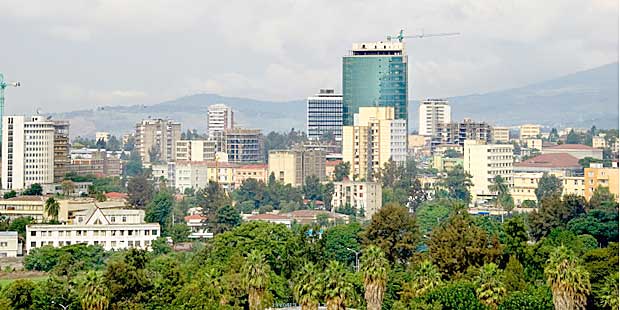 Bad Behavior has blocked 4537 access attempts in the last 7 days.