170,000 land reform farmers are reaching the production levels of the white farmers they replaced, Joseph Hanlon and Jeanette Manjengwa report in a new book.

Listen to the lecture

The women sitting on the grass under the tree are Zimbabwean land reform farmers. Many are taking notes as they discuss the advantages of different maize varieties and talk about their experience with tobacco. Most have 6 hectares of land, and many took the land from white farmers by occupying farms in 2000.

These women are proud of their farms, and when we visited they were anxious to show us around. Some have begun growing tobacco and have built small barns for curing the tobacco. Any land reform is disruptive, but tobacco production last year had returned to 73 per cent of the 1990s average, and 40 per cent of that comes from the new land reform farmers.

Mrs. Chibanda was showing us around her new house, and smiled when she said “let me take you into my kitchen”. And it was full of tobacco. The kitchen is now the sorting and bundling area – and she cooks outside, as she did before she built the small house. She proudly shows us the new tobacco barn, and explains that she even sleeps next to the barn to ensure the fire does not go out at night during the curing period.

For most resettlement farmers, maize is the main commercial crop; production is returning to the 1990s level, and some farmers are producing more than 5 tonnes per hectare – more than most of the white farmers they replaced. We went to a field day in Mazowe where more than 100 land reform farmers had gathered. Of course there was singing and chicken with sadza (Zimbabwean polenta). But the real interest was the various speakers, talking about improved varieties of maize and contract farming of soya beans. Seeds are known by numbers, but these numbers trip off the tongue and farmers will tell you that for 6777 you can use one kind of herbicide but not another, and that 413 is more drought tolerant.

Walking through maize taller than we are, or discussing irrigation of winter barley or curing of tobacco, is not the normal image of Zimbabwe in the media. And our experience led us to write a new book, Zimbabwe Takes Back its Land, which is being launched at the end of the month and is the subject of an open debate at LSE on Monday 28 January at 18.30.

Land has always been a contentious issue. In 1930 the British colonisers in Southern Rhodesia defined that the best half of the land was “white” and any non-whites living there were “squatters” – despite living there for generations. Initially there were few white farmers. But white war veterans were encouraged to settle after World War II, and in the next decade 100,000 families were violently moved off the land; their homes were burnt and they lost what they could not carry, including cattle and all their investments in their farms. With independence in 1980, Southern Rhodesia – now Zimbabwe – did one of the largest resettlements in Africa, of 75,000 families. But this depended on farmers on formerly “white” land voluntarily selling their farms; most did not, and only the poorest land was sold.

The children of those forced off land in the 1950s were the core of the liberation movement, and by the late 1990s were angry at never getting their land back. In 2000 they led an occupation. The 4,000 remaining white farms were occupied by 175,000 families – in effect each huge white farm was broken up into 45 smaller farms. Violent land occupations – in the 1950s or in 2000 – were not nice. But there is no going back.

Massive economic mismanagement and hyperinflation hit all Zimbabweans hard, but the land reform farmers struggled and made a go of their new farms. The United States dollar was adopted as the currency of Zimbabwe in 2009 and the economy recovered.

The experience of white farmers in the 1950s and 1960s is that it takes a generation – 20 years – to become an effective commercial farmer. And at independence, one-third of white farmers were bankrupt and only one-third were profitable. The 1980s land reform farmers also took a generation. The 2000 land reform farmers are doing well, and have another decade of growth ahead of them. Of course, like the white farmers before them, not all are successful. But we found one-third are already flourishing, with some earning more than school teachers and civil servants.

Joseph Hanlon is visiting senior fellow at the LSE Department of International Development.

Jeanette Manjengwa is deputy director of the Institute for Environmental Studies, University of Zimbabwe. 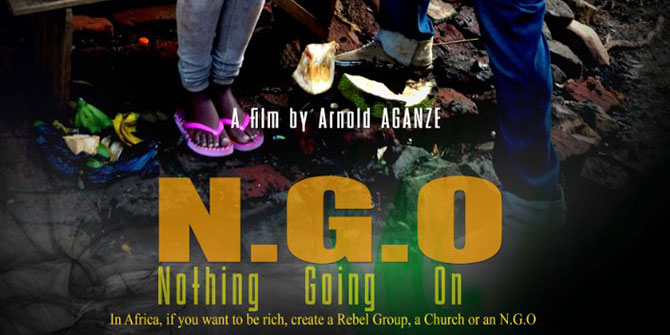 Bad Behavior has blocked 8086 access attempts in the last 7 days.