Joanna Lewis is one of the organisers of the international conference, Imperial Obsessions: David Livingstone, Africa and world history: a life and legacy considered which takes place in Livingstone from 19th to 21st April.

There are few notable figures who are not dogged by controversy and the Scottish explorer and missionary David Livingstone is certainly not one of them. It is probably the reason why, 200 years after he was born, historians, literary critics, geographers, anthropologists, artists, explorers, writers and humanitarian activists are gathering in Zambia in the town that still bears his name.

Imperial Obsessions: David Livingstone, Africa and world history: a life and legacy considered takes place from 19 to 21 April 2013 in Livingstone. This international conference has been organised jointly between LSE, the National Museum Board of Zambia in association with the David Livingstone Bicentenary, Zambia.

HRH Senior Chieftainess Nkomeshya Mukamambo II of Chongwe District is one of several Zambian dignitaries attending the conference and will deliver the opening keynote address.

My choice of the title, Imperial Obsessions, refers to Livingstone’s particular self-belief and drive, the cult that developed after his death which defined Britain’s engagement with Africa for over a century and the determination of scholars to pursue him to this day.

A man of huge contradictions is the theme of Tim Jeal’s seminal lecture, Livingstone’s most famous biographer. Jeal exposed his many flaws to a Western audience when he first published his painstaking research in 1974.  The second day will end with another keynote address: British historian Professor John Mackenzie, who pioneered the role of the empire in British history and popular culture, will deliver a verdict of Livingstone as the figure who dramatically changed the political weather and attitudes towards Africa in the Victorian era and beyond.  Finally, on the last day, Professor Keith Hart with a doctoral student from Pretoria will present a vision of a 21st century humanised economy in Africa – delivering an upbeat view of the realisation finally of the potential of African entrepreneurship within a globalised  economy – a vision Livingstone himself shared .

But there are histories of pain and suffering here too. Slavery and human trafficking is a scourge on our collective record on human rights, now as then. Yet then as now, individuals decide they can make a difference. In Livingstone town, a local minister pioneered a campaign to draw attention to the use of child slave labour to break stones for bricks in the luxury hotel industry. As he once told me “sympathy is not enough”.

Likewise the conference will be a chance to hear women on women in history. Writers and novelists will be talking to new audiences about their work highlighting the key role and nightmare of being one of Livingstone’s women, from his long-suffering wife Mary, to the women-slaves in the caravans like Halima, who cooked his food and tended his sores. Their contribution was almost instantly erased in the memorialisation after his death in 1873.

Also, the conference brings a range of inter-disciplinary scholarship to an African audience. For example, Dutch artist Sybren Renama’s painstaking search for the fragments of the African mpundu tree under which Livingstone’s African followers/co-explorers buried him.

Critically the conference is a platform for Zambian historians to present their latest research. Dr Walima Kalusa has returned to the unique and binding relationship between Livingstone and local chiefs, deconstructing the paper trail created. Dr Friday Mufuzi reveals the struggle involved in exhibiting Livingstone for western tourist consumption versus local views. Finally, it is a great chance to find out what Africans think about Livingstone and the colonial past. In addition to the formal conference, a free lecture and round table will be open to the public held the Town Hall early next week. It will be chance to see how far my research on the memory of Livingstone in Zambia for a book (Livingstone: a life in death) is true. So far it suggests a new diversity and scepticism in attitudes to him and the colonial past; and that today his importance and significance are waning.

Yet perhaps, it remains significantly strong in towns like Livingstone where he is the patron saint of tourism, offering an economic lifeline. He is a hugely important figure to their Senior Chief, who regularly tells tourists about the swallowing of the “Living-stone” ceremony.  Livingstone remains a sketchily-known figure among Christian congregations of Anglican/Scottish lineage. Significantly, many Zambians recall a personal connection with him, via stories passed down through oral histories. One former ruling party official loved remembering how his great grandfather told him Livingstone explained the rain cycle to them. Another African minister tracked me down to divulge how his ancestors translated the first bible into the local vernacular, inspired by his presence in their area. That personal connection; that believed sense of intimacy (however misplaced, reconfigured for political uses or exaggerated by missionary texts) was encapsulated by the verdict of former Zambian president Kenneth Kaunda: “he was one of us”.

This conference has been supported by LSE Annual Fund as part of the LSE Africa Initiative which seeks to exchange knowledge with African institutions and scholars and ensure that it maintains its place in the global debate.

Find out more about Imperial Obsessions. 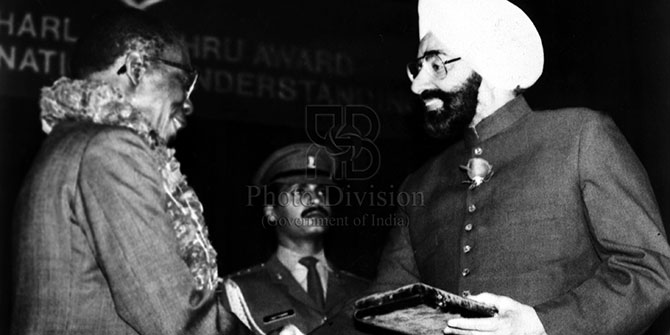 What the future may hold for Malawi beyond May 20