LSE alumna Hemal Shah says that South Africans could use their democratic and demographic advantages to tackle their massive unemployment problem.

Two decades since the end of apartheid, South Africa’s performance has been stellar on most metrics of prosperity: improved incomes, infrastructure, and environment; reduced social inequality, and above all, impressive transition to democracy. It is often the role model among its African cousins. South Africa almost gives an impression of a ‘first world’ middle-income country in most aspects. To this extent their 2010 proposal to join the economic powerhouse of the BRICs was received successfully. In fact, they hosted the fifth BRICS summit in Durban last month.

But here is the anomaly: South Africa suffers from abnormally high unemployment levels amid overall positive socio-economic indicators. At 25 percent or more, it is blighted with one of the world’s highest unemployment rates. There are also the “discouraged workers” – those who are willing to work but unable to find employment – driving up the total unemployment rate to 37 per cent. Crime rates are uncannily high in a relatively rich country (income per capita of $9700), of which unemployment and lack of socialisation are major causes. But most ironically, unemployment has doubled since apartheid years.

So then is South Africa’s democratic politics to blame for their rising joblessness? Perhaps, to some extent. What is interesting, however, is that its vibrant democratic institutions – increasing public debates, a free press, and the emergence of a rising political opposition – have inspiring potential to combine with the generation born post-apartheid to move beyond apartheid nostalgia and participate objectively in changing some of the government’s lacklustre policies on unemployment.

Consider the Tripartite Alliance of the ruling party, the African National Congress (ANC). Strongly associated with the struggle against apartheid and truly democratic in its alliance, the ANC partners with the Congress of South African Trade Unions (COSATU) and the South African Communist Party (SACP). Originally socialist in its leanings, Mr Nelson Mandela planned to nationalise South Africa’s mines on his inception as president. However, ANC’s economic policy changed immediately after the 1992 WEF meeting in Davos, when the Chinese premier Li Peng said to Mandela: “I don’t understand why you’re talking about nationalisation. You’re not even a communist party. I am the leader of the Communist party in China, and I’m talking privatisation.”

Unfortunately, ANC’s partners COSATU and SACP haven’t shared ANC’s adopted vision of free market economics. Even the ANC Youth League led by Julius Malema is strongly urging the nationalisation of mines. To this extent, the National Bargaining Council, an organisation linked to COSATU and SACP, urges low-skilled workers to believe that jobs below the minimum wage (which is already set very high after union strikes) should not be undertaken even at the cost of joblessness.

Demands to increase minimum wages for low-skilled labour invites further unemployment. South Africa’s agricultural labour is a case in point: Research by the Bureau for Food and Agricultural Policy in Pretoria suggests that any increase in minimum wage above 104 rand would decrease demand for unskilled labour by 7-10 percent depending on the area. Additionally, labour laws are very rigid making hiring and firing difficult and more businesses are substituting labour for machinery. Low-skilled, low-wage jobs in the informal economy are then willingly exploited by (il)legal immigrants from war-ravaged and impoverished parts of Africa.

Moreover, South Africa’s growth has not been labour absorptive: employment grows at half the rate of GDP growth. Understandably Mr Zuma’s 2009 New Growth Path (NGP) aimed to create five million jobs by 2020 to bring down the unemployment rate to 15 percent. However, this target would warrant a growth rate of 6 percent – more than the current 2 percent – which is difficult to materialise under the global economic slowdown. However, the NGP, unconventionally, chooses to rely on (“new”) restructured government policy as opposed to increased growth to mitigate unemployment.

But is the NGP’s policy restructuring approach feasible? As much as a representative political model is slowing the reform process, there are factors of South African democracy that could be leveraged to widen the scope of public debate on policy. For instance, the largest opposition party Democratic Alliance (DA) is extremely forthright about the importance of creating jobs and has proposed strong policies and ideas to tackle unemployment.

But the DA and other parties of the opposition could do more to communicate better with the masses. As a Johannesburg-based black journalist put it, the DA is headed by a white South African and their explicit disdain for the Black Economic Empowerment (BEE) policy – affirmative action for those redressed under apartheid in terms of jobs and preferential treatment – coupled with their strong opposition to the populist COSATU almost immediately disconnects them from relating to the “hearts” of black South Africans. Of course the BEE has often been criticised for tokenism, but it would help if the DA could make a more sensitive, yet clear, case to those who perceive themselves to be wronged.

Simultaneously, South Africans need to start differentiating between progressive ideas and sympathetic policies. The older generation, nostalgic about the ANC’s heroic involvement in the anti-apartheid movement, is more difficult to engage objectively in public debate. Although South African media is thriving with outspoken journalists on paper, television, and radio, how much of the debate transpires into change in voting behaviour is unclear.

In 2010, economists Duha Altindag and Naci Mocan argued that periods of high unemployment could hinder “the development of democracy or threaten its existence”. Today a majority of the South African labour force, 74 percent, is below the age of 24 indicating growing discontent amongst the unemployed youth. Perhaps the most important role in exploiting South Africa’s strong democratic institutions is for these “born free” youths – a nickname given to those born post-apartheid in 1991. They are less likely to be brought into emotional politics and are already showing signs of supporting prudent policies as they come of age to enter the uninspiring job market.

The younger generation should take note of cases made by successful black businessman like Herman Mashaba. In his autobiography, ‘Black Like Me,’ Mr Mashaba documents his fight against apartheid, and strongly advocates labour law reform. He publicly challenged the courts last month to give “people the freedom to decide for themselves what kind jobs they want to do, what amount of pay they are prepared to work for, and what conditions they are prepared to work under,” by reforming Section 32 of the Labour Relations Act (LRA) 1995.

It is clear that South Africans need to think seriously about the possible repercussions of the five million unemployed of its labour force of 18 million lest their hard-earned democratic stability is compromised, or reversed. With elections coming up next year and a burgeoning public debate on their embarrassing unemployment figures, the time couldn’t be more opportune for younger South Africans to participate and make informed choices. 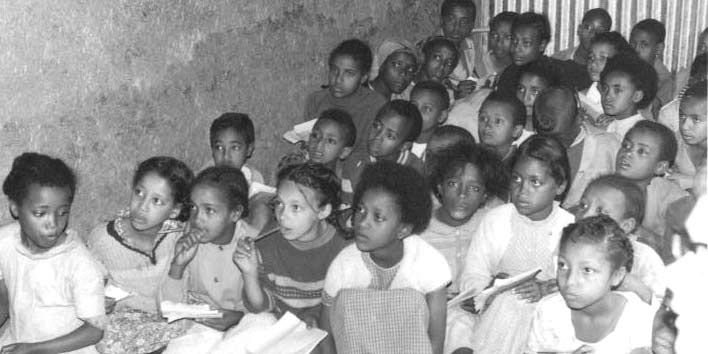 Bad Behavior has blocked 2449 access attempts in the last 7 days.