Book Review: Civic Agency in Africa: Arts of Resistance in the 21st Century

Book Review: Civic Agency in Africa: Arts of Resistance in the 21st Century

Clive Gabay says that this book updates a number of ideas about resistance in Africa, and confounds Afro-pessimists by showing that the continent is very much a part of the world, even if not in the ways that Afro-optimists would recognise.

Civic Agency in Africa: Arts of Resistance in the 21st Century makes a timely interjection into debates around African agency and the supposed rise of the continent. This collected volume is edited by Ebenezer Obadare, a prolific scholar of a broad range of African social movements, including Pentecostal movements, as well as a sharp analyst of the Nigerian state, and Wendy Willems, Assistant Professor in LSE’s Department of  Media and Communications. Documenting the various ways in which resistance and contestation manifest themselves in a variety of contexts across the continent, and the obstacles such resistance faces, the contributors to this volume paint a complex picture of hope and fear which poses important questions for how Africa is ‘rising’, and for whom. If there is a bias among the contributions to Euro-American and South African-based scholars, this spread is still distinctly broader than other edited volumes on African politics and society.

The volume’s major strength is its multidisciplinarity, as it is this which brings into view the informal nature of much contemporary resistance in Africa. There is a long lineage of scholarship which makes this point, but it often feels as if these arguments are taken-as-read in much scholarship. It is therefore satisfying to see the work of Achille Mbembe, or the late Patrick Chabal (who wrote the foreword), applied in such a contemporary and diverse range of contexts. Chapters on how resistance manifests itself in comedy, musical lyrics, art (and its reception), and the local and the global marketplace all illustrate the multi-faceted nature of contemporary resistance in Africa. Such a broad range of subject matters would have been impossible without a collection of authors with backgrounds in social anthropology, political economy, communications studies, linguistics and human geography.

Another major strength of the volume is the nuanced relationship some of the contributions highlight between resistance and compliance. Lindell and Ihalainen record the class divisions within the ‘movements from below’ of market and informal traders in urban Nairobi, revealing different degrees of state compliance, and the often contradictory outcomes of ‘modern progress’ for different groups of informal and not-so-informal traders. Similarly, Ndjio’s highly insightful chapter on the dynamics and motivations of young West African ‘hustlers’ – those who engage in the well-known email scams promising millions of dollars if only the projected victim will share their bank details – illustrates the fine line between resisting the uneven development of global capitalism, while simultaneously working within/reworking its logics. The three chapters on resistance in performance arts, such as comedy and music, illustrate similar tensions between resisting and reinforcing the relationship between race and capitalist inequality.

The book’s main strengths are also its weaknesses. Given the broad range of disciplinary contributions, and the very obvious points of departure between some of the chapters, the authors might have provided more by the way of narrative to weave the book together. For instance, von Lieres is quite optimistic about the capacity of social movements in South Africa and Angola to claim ‘citizenship from below’. But in making these claims von Lieres does not address the many campaigns, beyond her case study of the evidently successful Treatment Action Campaign, which have not been successful (housing and public utilities come to mind), and the obstacles they face (ranging from co-optation to violent repression). This is an issue directly tackled by the following two chapters on urban marketplace politics in Nairobi and West African hustlers respectively, and it would have been helpful had the editors signposted this. Similarly, Mhlambi’s chapter on comedy as ‘social commentary from above’ in South Africa creates some perhaps over-stated binaries between ‘good’ political ascetics of the left and ‘bad’ comedians who play the resistance card while taking the money of their capitalist bankrollers. She nonetheless poses some difficult questions about the positionality of the relatively well-off and their ability to truly challenge hegemonic practices of racism and capitalism, in particular with respect to South Africa. These are not questions which Musila and Hungbo really address in their following two chapters on comedy (again) and the music of Fela Kuti. Whilst arguably more nuanced in some respects these chapters fail to address the limitations of elite positionality. Again, this is a theme which the editors could have commented on, in the process bringing to the fore some of the central tensions within the volume.

Despite these weaknesses this is still a theoretically and empirically rich book. It serves to update a number of ideas about resistance in Africa, and confounds Afro-pessimists by showing that the continent is very much a part of the world, even if not in the ways that Afro-optimists would recognise. Given the rich spread of subject matter and disciplinary focus, some of the chapters in the book would serve as a useful teaching aid, as well as being of use to scholars of African social movements, politics and society.

Dr Clive Gabay is a Senior Lecturer in International Politics at Queen Mary University of London. Follow him on twitter @clivesg. 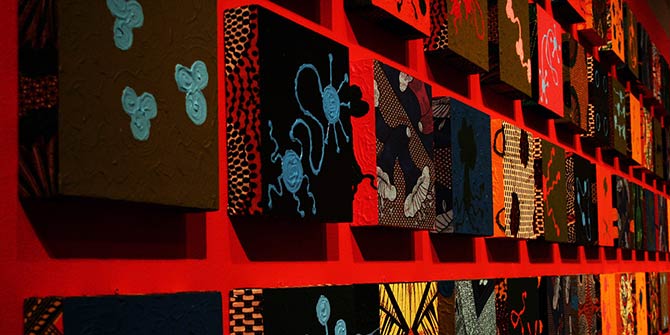