J Boima Rogers looks at the root causes of the Boko Haram phenomenon in Nigeria and what future leaders will have to do to rid Nigeria of Boko Haram and ensure that no copycat groups appear in the future.

More than two months after 200-plus school girls were kidnapped by Boko Haram militants, the local and international outcry has not slowed down their activity. In fact, each week brings new tales of bombings, kidnappings and massacres. This is a real concern, given the potential Nigeria has to become a global player if it gets its economy right. Not only has the West African country overtaken South Africa as the largest economy on the continent, but it also accounts for nearly one-fifth of Africa’s population as well as being the largest oil producer on the continent. Therefore, Boko Haram is of national, regional and global concern.

Nigerians must be at the forefront of any solution to Boko Haram’s militancy. So far, the current administration’s record has not been good. In fact, President Goodluck Jonathan was only forced to make it a priority after the recent kidnapping of the school girls from Chibok triggered a campaign by relatives and an accompanying global indignation. The army has so far been ineffective and, even as I write this paper, President Jonathan has still not visited Borno state since the girls were kidnapped. He recently visited Kano, another northern state on party business but failed to make a detour to Borno state in the north-east. He even found time to fly all the way to France to talk about the problem. In avoiding visiting the north-east, President Jonathan is failing to empathise and build a bond with the people in the state, crucial factors if he is to win the war against Boko Haram. In making the trip to France he is abrogating the country’s role as the regional power, instead taking the position of a client state.

The Boko Haram threat is not an isolated incident and the root cause can be found in the failure of the state. Underdevelopment with high levels of unemployment, rampant corruption, 144th out of 175 states in Transparency International ranking, and very high levels of income inequality are partly to blame. These underlying issues both directly and indirectly give rise to a group like Boko Haram and help swell its ranks. While its stated objective is to rid the country of western influence and education, these underlying issues are largely the reason why it has been able to recruit followers from the ranks of unemployed men. They also make it very difficult for the government to get the support of people in the region, something that is crucial to defeat the group.

Democracy may be a blessing but perversely, it may also be part of the problem in Nigeria. This is because the cost of governance is too high, soaking up most of the government’s revenue with little left for development and infrastructure while exacerbating income inequality. The cost of governance includes high salaries and allowances for local, state and federal politicians and civil servants. When Nigeria became independent there were three regions and local governments under them. Now there are 36 states with costly political and bureaucratic apparatus. The country has gone even beyond the American model, with each state having three senators compared to two in USA.

If, as is likely, Boko Haram continues to be a problem for the rest of 2014, it will no doubt play a significant part in the people’s choice in the 2015 presidential election. It is to be hoped that the country will elect a leader with the vision, leadership and management skills to deal with the problem and the underlying issues that give rise to such groups. The indications are not very good. While the country has had a democratic system in the last fifteen years, the same party has been in power all those years, partly because it has been able to mobilise huge sums of money, no doubt making use of state funds, in an electoral system where patronage is key in winning the electorate over. A review of the situation appears to suggest that we could see a continuation of the process.

I attended a talk by one of the key potential candidates who has demonstrated a clean track record, vision and mettle. This potential candidate is also from the north and a Muslim which may give him an edge in dealing with Boko Haram. The problem was this chap is not a salesman, a major handicap in a system where flowery words and wild unsubstantiated promises are the order of the day. Another disadvantage is because he had not put billions away when he led the country, therefore he is unlikely to have the means to succeed in an electoral process that is very costly. Another potentially strong candidate, who has a sterling record as a state governor, is, I have been informed, not electable partly because he comes from the wrong region. This is related to the fact that the country has, with some justification, tried to alternate leadership between the regions – President Jonathan is from the south like this candidate. This state governor is also unlikely to have the funds necessary because he has not used his office to enrich himself.

Boko Haram will haunt any leader and if President Jonathan can achieve some sort of resolution, it will be a big plus if he seeks reelection. If he is not a candidate or loses the election, whoever takes over from him needs to address the problem because Nigeria cannot afford to let this cancer keep spreading. The solution may include strong and effective military action, isolation of the leadership and core group and possibly some form of negotiation. The country would also need to address the underlying issues that give rise to groups like Boko Haram and help swell its ranks. At the moment the main business in Nigeria is government. The only industry is the oil sector which has devastated other areas such as agriculture. The country has failed to develop other sectors, notably, industrial production even though it has natural resources and the market (population and income from oil) to do so. This is not sustainable.

Nigeria faces two paths – one involves the nightmare scenario where the activities of Boko Haram and other disaffected groups persist, loss of significant market for the sole commodity, as seen recently when USA ended oil imports from the West African country, a collapse in oil prices or oil wells running dry. If this comes to pass, it would have catastrophic effects that would be felt far beyond Nigeria’s borders. Rather this giant African nation must travel down the opposite path by embarking on a sustainable long-term development strategy. It must build and maintain its physical, educational, governance and regional infrastructure and diversify from a situation where government is the main business and crude oil is sole commodity, into a sustainable economic model to create jobs and opportunity for all its citizens. It has ample resources to make this happen and in the long run this is the main antidote to Boko Haram and similar groups. 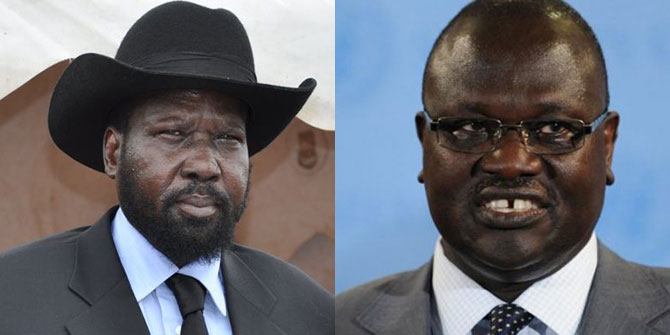 Bad Behavior has blocked 4008 access attempts in the last 7 days.