Why do strong opposition party organizations emerge in some democratizing countries, while those in others remain weak or quickly fragment on ethnic lines? In this book Adrienne LeBas explores the politics of popular mobilization in the sometimes politically tumultuous countries of Zimbabwe, Kenya and Zambia, and sheds light on how the choices of political elites affect organizational development. Ciara McCorley finds that this book contributes interesting conclusions to the current literature, but would benefit from a second addition.

In the past few years contentious politics and the politics of popular mobilization have grown exponentially throughout the world, from the Arab spring of 2011, to the more recent protests in the Ukraine, as groups have sought more and more representative forms of governance. In some cases, popular mobilization has been successful in ushering in more representation. However, other cases have proved less fruitful, sometimes cultivating another form of authoritarianism.

In this extensively researched book, Adrienne LeBas comparatively explores the politics of popular mobilization in the sometimes politically tumultuous countries of Zimbabwe, Kenya and Zambia. In examining African case studies, LeBas provides not only rich insights to the respective contentious politics in each country, but also significantly adds to debates on democratization that have traditionally disregarded the experiences of African nations. LeBas takes a historical institutional approach to the topic of popular mobilization and its impact on democracy and her key finding is that the formation of successful opposition parties – or any institution for that matter – in authoritarian regimes ‘is a result of both context and choice’ (p.245). A somewhat obvious contention perhaps, but one that has not been adequately explored throughout the literature. Historical legacies of rule structure the path development of opposition parties, however if strategies are not consistently reinforced, opportunities emerge for contingency.

The particular strength of this book lies in the rich empirical detail that was compiled through in-depth field research in what one can only imagine were difficult circumstances. LeBas conducted interviews, observation and research in the three countries in periods of national stress and that she managed to assemble such potency and clarity in her argumentation is admirable. The two Zimbabwean chapters in particular offer rich accounts of the politics of popular mobilization up to and surrounding the contested 2008 elections. She examines the development of the Zimbabwe Congress of Trade Unions (ZCTU), from a state-sponsored, but sidelined, group, to its metamorphosis into the Movement for Democratic Change (MDC), the first viable political opposition in Zimbabwe’s unofficial one-party state. Using her framework of context and choice, she finds that post-independence state-sponsored development of groups like organized labour allows political opposition to grow surreptitiously and to eventually utilize the ‘cross-ethnic mobilizing structures provided by labour’ to build a viable political opposition (p.246). This argument is corroborated by supporting evidence from Zambia where cross-ethnic organizational and mobilizing structures of state-sponsored unions were similarly utilized by oppositional parties to gain power. In contrast, because unions were not organized into cross-ethnic consolidated organizations in Kenya, opposition parties found it much more difficult to coordinate protest due to fragmentation across ethnic boundaries. That state-sponsored institutions can sow the seeds of their ultimate demise is a thought-provoking argument that was also proposed by Eva Bellin in 2002.

The most persuasive argument comes from her analysis of how labour-led opposition movements retained their support-base in difficult circumstances, and again Zimbabwe proves a case in point. Polarization strategies are often utilized to great effect by opposition parties to consolidate and compartmentalize support from the ruling party. Polarization and confrontational strategies ‘can boost activist commitment and organizational cohesion, even when oppositional parties lack more tangible resources’ (p. 247). If opposition parties fail to use polarization strategies, they risk party fragmentation and erosion of support, as in Zambia. However these strategies can also prove to be hazardous as they can increase authoritarian regimes’ perception of threat and can trigger conflict, violence and de-democratization, as in Zimbabwe. LeBas finds that parties that are willing to risk the consequences of polarized mobilization are much more likely to succeed in their political endeavors. Polarization holds parties together, making defection and the development of political ennui unlikely. However like authoritarian legacies, if these polarizing structures are not consistently reinforced, fragmentation is likely to ensue. Durability of political alliances are often intensified through polarization strategies that can cement not only the ways in which the transition unfolds, but what the eventual transitional outcome will be. In Zimbabwe, polarization was necessary to hold diverse interests together in spite of and often because of intense electoral violence through the creation of networks of solidarity and resistance. Although this contention was true when LeBas originally conducted her research, the benefit of hindsight allows us to see that polarization as a strategy has difficulties in maintaining long-term mobilization. In July of 2013, Robert Mugabe won the presidential election and since then has served as Africa’s oldest president, unencumbered by the politics of coalition, as in the aftermath of the 2008 elections. That the MDC has been unable to officially win an outright election demonstrates the long-term flaws in the polarization argument. To sustain long-term support for a political opposition and ultimately democratization perhaps requires more than merely polarization, but what could be another avenue of research.

The strength of this book is that LeBas identifies two simple but largely overlooked ideas about the development of opposition in authoritarian regimes. She lays out a cogent and persuasive argument regarding opposition parties, how they create and utilize opportunities for mobilization and change, and what their linkages are to the literature on democratization. However, the difficulties in reviewing a politically salient book that was originally printed in hardback, is that by the time a paperback is published, in this case two years later, many of the concluding arguments and observations have proved out of date. This book could really benefit from the addition of a post-script.

Ciara McCorley is a doctoral candidate at the University of Limerick in Ireland. Her research takes a political economy approach to the comparative study of democratic transitions in Africa. 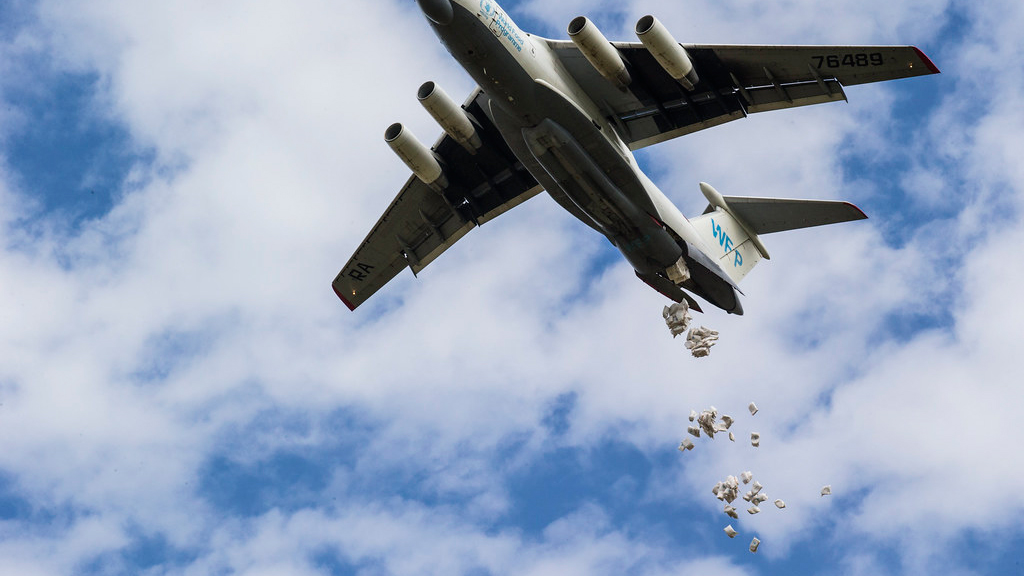 Bad Behavior has blocked 2124 access attempts in the last 7 days.