Why the 2015 African Union Summit a missed opportunity?

Why the 2015 African Union Summit a missed opportunity?

Waiswa Nkwanga argues that as the only continental organisation in Africa that brings the continent’s heads of state together every year, the AU should provide the leadership needed to address the most vexing problems affecting the continent.

So far, 2015 has not been a good year for Africa. Whether it is the Ebola virus killing thousands of people in West Africa, the death of African immigrants in the Mediterranean and South Africa, or terrorist attacks in Nigeria, Kenya and Libya that have claimed hundreds of lives, the African people seem to be under siege from all directions. Yet, when fifty-plus African heads of state gather in South Africa for the African Union Summit in June 8 2015, they will not be discussing solutions to these problems. Instead they will be talking about women’s empowerment and development.

This year began, not with an Ethiopian winning a marathon in Boston, but with the terrible news headlines of the Ebola virus wreaking havoc in West Africa. According to the Centers for Disease Control and Prevention (CDC) and the World Health Organisation (WHO), as of June 2015, an estimated 11125 people had succumbed to the disease in Liberia, Sierra Leone and Guinea since the outbreak was first reported in West Africa in March 2014. We now know that the epidemic was the result of poor healthcare systems, but while the acute phase that threatened global health may have ended—thanks to international efforts—it is just a matter of time before another outbreak occurs. A broader and more concerted effort is urgently needed to address the healthcare crisis in Africa, and yet that does not seem to be a priority of governments.

Disease is one problem in need of urgent action. Another is terrorism. Arguably the past decade has been Africa’s most stable period since 1980s, as civil conflicts continue to wane across the continent. Nonetheless raising terrorism threatens those gains.

Consider Nigeria. A few months before Ebola struck West Africa the Islamist militant group Boko Haram kidnapped over 200 schoolgirls in Nigeria. According to the Washington-based Council on Foreign Relations and the UN, in 2014, the militants killed more than 10,000 people, displaced millions internally, and expanded their network to Chad, Cameroon and Niger.

This is critical as far as stability and development in the region goes. After nearly four decades of political turmoil and military rule in Nigeria, democracy is finally solidifying there, giving hope for better days ahead. However, terrorists could frustrate all of the efforts that have gone into making Nigeria what it is today. Nigeria is also critical for another reason. As Africa’s largest economy what happens there could have profound consequences that extend far beyond Nigeria’s borders.

Nigeria, unfortunately, is not the only country in Africa where terrorism threatens regional stability and development. In recent years terrorism has been on the rise in Kenya and in Libya, Africa’s fourth and ninth largest economies respectively. In April this year, militants affiliated with a Somalia-based Islamist group Al-Shabaab attacked a university in northern Kenya killing 143 students and six security guards. This year’s attack came less than two years since the attack at Westgate shopping mall in Nairobi that resulted in at least 67 deaths. Meanwhile, in Libya, militants loyal to the Islamic State (IS) recently executed five journalists, murdered 30 Ethiopian and 21 Egyptian Christians, and carried out attacks on hotels, embassies and oilfields.

It is worth noting that terrorism is not new to Africa much in the same way that the Ebola virus is not. What is new and different this time is the scale, intensity and impetus with which terrorist groups are penetrating the African continent. Never had a terrorist group directly confronted a national military, even claimed a vast swath of territory in a country with a functioning government. As I write, the Nigerian army is battling Boko Haram in an attempt to reclaim territory currently controlled by the militants. (It is said that at one point last year the group controlled an area the size of Belgium.)

The 2015 summit also takes place against the backdrop of the longest sustained economic growth since the organisation’s founding in 1963. But the alleged growth has been overstated. For one thing, according to the World Bank (also here), GDP growth has not translated into improved living standards for most Africans. For another, growth has not been strong enough to accommodate the continent’s bulging young population (about 297 million people in Africa between the ages of ten and twenty-four years of age). As a result, more and more young Africans find themselves unemployed or underemployed in informal jobs that pay nothing.

It is the reason why increasingly young people are risking their lives in rickety boats to reach Europe in a desperate attempt to escape extreme poverty at home. It was also the reason for the recent anti-foreigner violence in South Africa, which culminated in the death of more than half a dozen people. As the region’s only truly developed economy, South Africa is increasingly shouldering the continent’s growing unemployment burden, yet unemployment is already disturbingly high there particularly among young people. According to the World Bank and International Labour Organisation (ILO) estimates, in 2013, the unemployment rate was around fifty percent in 2013 among South Africans aged 15-24—one of the highest in the world.

From the Ebola epidemic to the abductions in Nigeria to the bombings in Kenya to the sinking immigrants in the Mediterranean, African leaders have largely remained silent and unresponsive to the needs and plight of their people. The African people need leadership and no one is providing it. As the only continental organisation in Africa that brings the continent’s heads of state together every year, the AU can provide that leadership by helping states focus their priorities on the most vexing problems affecting the continent. 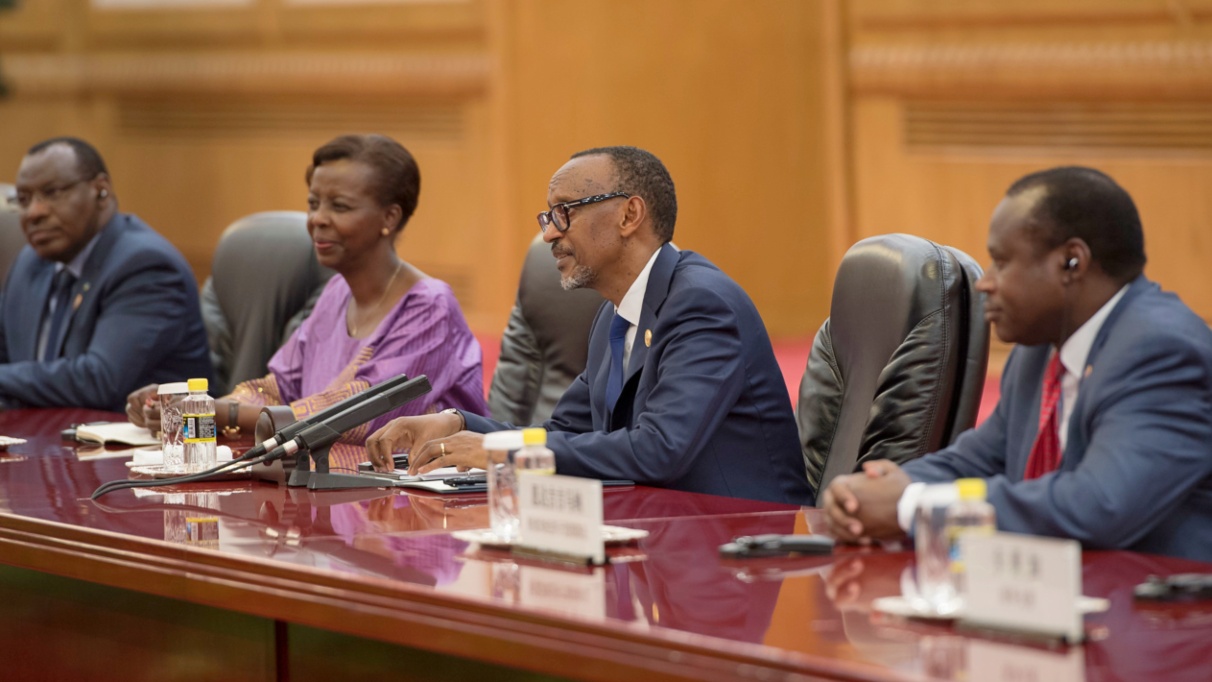 Why Africa’s strategy matters for dealing with China

Bad Behavior has blocked 4232 access attempts in the last 7 days.