As the long-awaited trial of the former Chad leader Hissène Habré is adjourned to September, LSE alumnus Mark Kersten shares his thoughts on the long campaign that has led to one African country holding the ruler of another responsible for crimes.

In descriptions of the trial of former Chadian president Hissène Habré, no word has been used more often than “finally”. After a quarter century of regular twists and turns along the way as well as a healthy dose of disappointments and failures, those victims and survivors of Habré’s reign that are still alive may finally see a degree of justice and accountability.

The Habré trial officially opened on Monday 20 July 2015 at the Palais de Justice in Dakar, Senegal. For many reasons, the prosecution of Habré, who faces charges of war crimes, crimes against humanity and torture, is a momentous event. Here are five thoughts on the trial of the former Chadian dictator.

Firstly and most importantly, as Oliver Windridge argues, this trial would never have come about without the almost messianic commitment of victims and survivors. Quite frankly and for the most part, states only showed effective leadership in putting Habré on trial in recent years. Victims groups have been struggling to do so for two-and-a-half decades, often in perilous conditions. The achievement that is the prosecution of Habré is, above all, theirs.

In this context, the Habré is remarkable. The former Chadian despot is being prosecuted in the Special African Chamber (CAE), set up by Senegal (where Habré sought refuge after the end of his rule). The Chamber was set up in 2013 with help from the African Union, which also provides the judicial body with significant funding. When it first requested Senegal to establish the CAE, the African Union asked Dakar to prosecute Habré “on behalf of Africa”.

At the same time, the creation of the CAE will reverberate beyond the borders of Senegal. Other states are watching the trial closely and taking note. In the process of setting up a hybrid tribunal to prosecute war crimes and crimes against humanity committed by anti-Balaka and Seleka forces, officials from the Central African Republic (CAR) have said that they want to “learn lessons” from the CAE.

None of this is to say that setting up such institutions is easy. The CAE and CAR’s hybrid tribunal will confront their share of obstacles and controversies. But the interest of African actors and states in investing in and championing international criminal justice is a welcome development that needs more attention. African states may have significant problems with the ICC – but many are also and simultaneously leaders in international criminal justice.

The principle of universal jurisdiction, which allows the judiciary of one state to prosecute the citizens of another for serious international crimes, has long been battered and bruised. Attempts to invoke it, as in the case of former Chilean dictator Augusto Pinochet and against former officials in the administration of George W. Bush, led to a global cooling over its use. Moreover, there has always been a fear amongst states that universal jurisdiction is just a fancy term for highly politicized judicial activism.

But the Habré trial suggests that, at least in some exceptional instances, universal jurisdiction cases can successfully be brought forward. Despite the fact that Belgium repealed its own universal jurisdiction legislation in 2003, investigations into Habré’s alleged crimes continued. While Habré was never extradited to Belgium, the CAE could only prosecute the former Chadian leader by amending its domestic laws to allow for the prosecution of international crimes under universal jurisdiction – something it did in 2006.

Some of the states currently funding the CAE were also complicit in propping up the Habré’s rule as a counter-balance to the Libyan regime of Muammar Gaddafi. According to one recent report by Human Rights Watch:

The United States and France supported Habré, seeing him as a bulwark against Libya’s Muammar Gaddafi, who had expansionist designs on northern Chad. Under President Ronald Reagan, the United States gave covert CIA paramilitary support to help Habré take power in 1982 and then provided his government with massive military aid. The United States also used a clandestine base in Chad to organize captured Libyan soldiers into an anti-Gaddafi force in the late 1980s. Despite Habré’s abduction of the French anthropologist Françoise Claustre in 1974 and the murder of Captain Pierre Galopin, who went to Chad to negotiate her release in 1975, France also supported Habré after he arrived in power, providing him with arms, logistical support and information, and carrying out military operations “Manta” (1983) and “Hawk” (1986) to help Chad push back Libyan forces.

Of course, this was not the first (or last) time that Western states allied themselves with one autocrat against another. But, as Michael Bronner writes, it is clear that the US was well aware of the level of atrocities being perpetrated by the Chadian regime – and for years remained eager to support him against Gaddafi:

Throughout the 1980s, the man the CIA had dubbed the “quintessential desert warrior” had been the centerpiece of the Reagan administration’s covert effort to undermine Libyan strongman Muammar al-Qaddafi, who had become an increasing threat and embarrassment to the United States with his support for international terrorism. Despite persistent and increasingly alarming reports of extrajudicial executions, disappearances, and prison abuse carried out by Habré’s regime, the CIA and the State Department’s Africa bureau had secretly armed Habré and trained his security service in exchange for the dictator’s commitment to ruthlessly pound the Libyan troops then occupying northern Chad. If Habré were overthrown, that near-decade-long effort would be undone.

Perhaps funding the CAE can be considered as a form of reparations for the support that Paris and Washington lent to the Habré regime. But more can – and should – be done.

It remains to be seen whether or not the complicity of the French and US governments will be directly tackled by prosecutors, defence lawyers, or judges during the trial. There is no doubt that it should be – if for no other reason than creating an accurate account and narrative of the background conditions that permitted Habré’s crimes to be perpetrated.

5) Race to the Starting Line

There is a need to temper expectations of what the Habré trial can and will deliver. The fact that the trial is even happening is a momentous in its own right. But justice invariably faces an uphill battle and it is unfair, to victims and survivors, to raise the expectations of what the trial can deliver. It will not be a panacea. Moreover, to be legitimate now and in the future, fair trial standards must be guaranteed; a conviction cannot be a foregone conclusion. While the heavy-lifting of setting up the CAE and putting Habré in the dock has finally been achieved, in many respects, the toughest battle has just begun.

This post was first pubblished on the Justice in Conflict blog.

Mark Kersten is a researcher, consultant and teacher based in London. He runs the Justice in Conflict blog and is a LSE alumnus. Follow him on Twitter @MarkKersten. 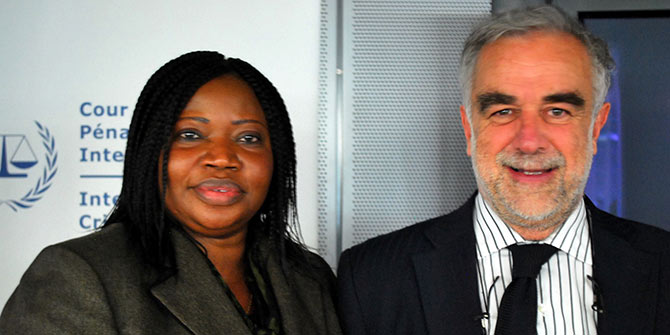