Following the formal announcement of the Sustainable Development Goals, Naila Kabeer reflects on lessons from the Millennium Development Goals through a feminist lens, which she argues were weakened by their very narrow interpretation of women’s empowerment. She writes that much more is needed to dismantle the more resilient structures of inequality, and while the SDGs offer some grounds for cautious optimism, there is a continued lack of emphasis on rights.

This post is part of the Africa at LSE, IGC and South Asia at LSE cross-blog series.

For feminists in general, the MDGs came as a disappointment. After the enormous progress made on women’s rights during the major conferences of the 1990s, particularly the International Conference on Population and Development in 1994 and the Beijing Conference on Women in 1995, and after the stirring declaration of the Millennium Declaration that men and women have the right to live their lives and raise their children in dignity, free from hunger and free from fear, the MDGs were an anti-climax, offering a very narrow definition of human capabilities as its vision and no reference to human rights at all – for men, women or children. Nevertheless, many feminists opted to take a pragmatic approach – ‘we have to work with what we’ve got’ – and get involved with the gender politics of the MDGs. There was one major advantage to this strategy which was that it brought feminist issues into the mainstream of development. This was an agenda to which the world’s heads of states had signed up, rather than the heads of sector-specific or women’s ministries, not always the most influential in government.

To a certain extent, their pragmatism was justified. As Sanjay Reddy and Ingrid Kvangraven point out, the adoption of a common development agenda has demonstrated the ability to co-ordinate and mobilise international development efforts to an extent hitherto unknown. Thanks to a major global monitoring effort, we now have a far better knowledge base on how different countries have fared on selected aspects of poverty and wellbeing than would have been the case in the absence of the MDGs.

In terms of what the MDGs actually achieved, the picture is highly uneven. While the overarching goal of halving world poverty may have been achieved, it is largely thanks to the massive poverty reductions reported by India and China, two of the countries that were not particularly tied to the MDG agenda. For many countries, the MDGs continued to be perceived as a donor agenda and it is in the most aid-dependent countries that they probably had the greatest impact.

From a gender equality perspective, there are a number of lessons we can take away from the MDG experience. First of all, MDG 3 is a particularly graphic example of the problem of the mismatch between goals, targets and indicators discussed by Reddy and Kvangraven. MDG 3 commits to gender equality and women’s empowerment; the intermediate target is elimination of gender disparity at all levels of education; and the indicators to measure progress are reduction of the gender gap in education, increasing women’s share in non-agricultural wage employment and increasing the percentage of women in parliaments. The assumption is that progress on education will contribute to progress on these other measures. In fact, progress on these other measures has been slow. UN Women has estimated that, at the present pace of change, it will take 50 years before we achieve parity in parliament and 80 years to achieve equality in the economy.

What is clear is that valuable as education is as a dimension of women’s empowerment, much more is needed to dismantle the more resilient structures of inequality in the market place and the political sphere. The fact that countries with extremely repressive patriarchal regimes have achieved the target on education tells us that it is possible to educate women without weakening these structures. Similarly important lessons about the systemic nature of certain forms of inequality can be drawn from the very slow progress on maternal mortality (MDG 5), dubbed the ‘hardest to reach’ of the MDGs. Not only is 99% of maternal mortality concentrated in low income countries, it is also concentrated among their poorest population, women at the intersection of class, gender, race, ethnic and geographical inequality.

Along with the broader challenge of addressing the structural causes of gender inequality, the other key lesson to take away is that technocrats can only go so far when the problems to be tackled are symptoms of deeply entrenched, often hidden structures of power. We need to pay more attention to the substance of the changes we want to see, not just their form, to the quality of the solutions we achieve, not just their quantity, and we need to pay more attention to the process by which we achieve our goals, to questions of participation, inclusion and accountability, because this is how we can achieve substance, quality and structural transformation.

Looking forward to the SDGs, there are grounds for cautious optimism. In contrast to the deafening silence which surrounded the drawing up of the MDGs, and the conspicuous absence of civil society players, the consultations around the post-MDG agenda can be described as satisfyingly noisy. There has been a commendable effort on the part of the UN Secretary General to create multiple channels through which various different constituencies can participate while civil society actors have also played a pro-active role in getting their voices heard. Income inequality is a stand-alone goal along with recognition of the various other forms that inequality can take. The SDGs are not confined to the ‘developing world’ alone, an acknowledgement that they touch on problems that are relevant in rich as well as poor countries as well as the fact that the affluent countries that bear a disproportionate responsibility for destroying the environment must also bear a disproportionate responsibility for its renewal.

For feminists, the SDG agenda has been described as a bitter-sweet victory. It incorporates the two-track strategy that feminists fought hard for: a stand-alone goal on gender equality, women’s empowerment and women’s rights (under threat by those who wanted it subsumed under ‘social inequalities’ more generally), and integration of gender equality concerns in other key goals.  But it is a watered-down version of feminist demands since the rights perspective is largely missing. What the goal does incorporate are some of the key issues that feminists have sought recognition for: the unfair gender division of unpaid productive and reproductive activity that curtails women’s ability to participation in the public sphere of market and politics; violence against women and girls, the issue that appears to have the support of feminist organisations across the world; and reproductive and sexual health and reproductive rights. The odd phrasing of the third issue reflects the fact that yet again, we have failed to get sufficiently strong international support for sexual rights, thus failing all those who are oppressed by repressive forms of sexuality – not only the LGBTI community but also many heterosexual men and women. The other bitter aspect of the SDGs is the unwavering commitment to economic growth and the private sector to generate the resources necessary to translate these goals into concrete outcomes, rather than seeking redistribution of gross global and national inequalities in wealth and income. This makes a mockery of the commitment to the reduction of inequality and means that the agenda has been largely left to the vagaries of market place and the whims of unaccountable global corporations.

Naila Kabeer is Professor of Gender and Development in LSE’s Gender Institute. 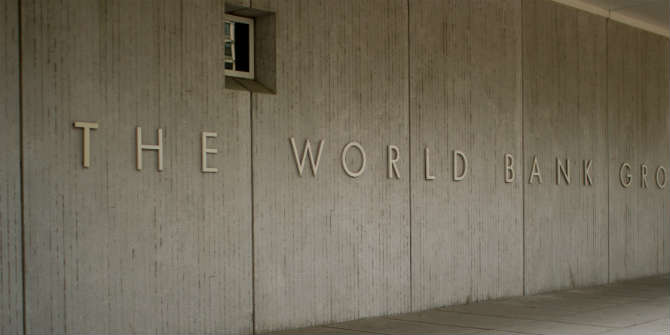 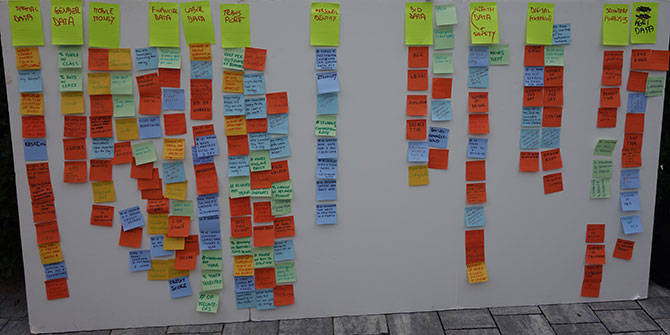