LSE alumna Bekka Russell argues that orphanage care for children who have lost their parents should never be the end goal, but rather the fall back when there are no other safe options.

I founded and run an organisation that includes an orphanage, and I hate orphanages. Just one of the many mind-bending situations you find yourself in when working in community development, halfway around the world.

A good friend and mentor once told me that there are two types of organisations that try to aid people in Tanzania, where we both live and work. There are NGOs, and NG-EGOs. The problem is that NG-EGOs do the type of work that they find most satisfying. For example, an NG-EGO might be founded on the logic that the founder personally loves babies, and there are babies in need in Tanzania, therefore they are going to open a baby home. Great, right? What could be wrong with that?

Well, first of all, there are already sixteen baby homes within a one-mile radius, most run by people with a similar story and no connection to the community, a few (usually underfunded) local institutions. In addition, it is currently far easier for struggling families to give up their children than to get the support necessary to keep them. It is also many times more expensive to keep children in residential care than to support them while they live with family members. So why are more orphanages being built every day?

Traditionally, aunts and uncles would take over care of orphaned or abandoned children when necessary, and over half of families in Tanzania still do. However, crippling poverty, exacerbated by the HIV/AIDS crisis, has resulted in many families being unable to care for extra children without putting themselves in danger.[i] So families face the difficult choice, when a relative dies and leaves a young child – take on their care as tradition dictates, putting them and your own children at risk? Or place them into an orphanage where they will be safe, and feel more certain that the rest can attend school, eat healthily, and get medical care? So families continue to place children in orphanages and baby homes, because it is the best option available to them – not because it is in their best interest or the best interest of the child, simply because it is what is accessible. Because it is much more fun to cuddle a baby than it is to try to attack the roots of poverty, and develop deep knowledge of a community.

The core of this issue is sustainability. From an NG-EGO’s perspective, it is personally gratifying and fulfilling to be needed forever, to have an ongoing flow of sweet babies to cuddle. That is what is best for the organisation. But what is best for the child? Well, ideally, they would not have been orphaned to begin with – an ounce of prevention is worth a pound of cure. Once a parent dies, the next best outcome would be to be placed with a loving relative. If that is impossible, then residential care should be considered, as a last resort. An organisation with these principles thrives when the community thrives.

Orphanage care is sometimes unavoidable, but it is best when structured so as to minimise the children’s disruption from their community, and encourage attachment to long-term caregivers. This sounds complicated, but it is not – well-funded community-supported institutions with local caregivers are going to provide by far the closest substitute for the “normal” childhood these children would have had, had their parents survived. Volunteers can be useful, but should never be replacements for primary caregivers. More importantly, orphanage care, even really good orphanage care, is never an end goal in itself – it should be a rare fallback in cases where children truly have no other safe options. We need to be focused instead on empowering communities to reduce maternal mortality, and reducing the impact of poverty on children after the death of one or both parents. On building up families’ resilience through education, business development, and savings programs. On listening to what the community needs, not what our donors want to give. On giving chances, not charity.

So I hate orphanages, because they mean that family preservation and reunification work has failed – or more frequently, has not even been tried. And I also partner with and fund a local orphanage that has existed for many decades, because it is deeply loving and embedded in the community, and without its existence, many children would have died. I hate that foreign organisations are building new facilities everywhere, and yet I am building a children’s village for the orphanage children as they grow up, because it keeps them in family-style homes with consistent caregivers in their own community. I love every one of the 46 children currently in residential care with my organisation, either at Nkoaranga Orphanage or Happy Family Children’s Village, and yet I would happily wave goodbye tomorrow to all of them, if I could. And thanks to the hard work of our family preservation team, someday, for most of them, I will.

Bekka Russell is a LSE alumna and Executive Director of The Small Things, Inc. Follow the organization on Twitter @Smallthingsorg. 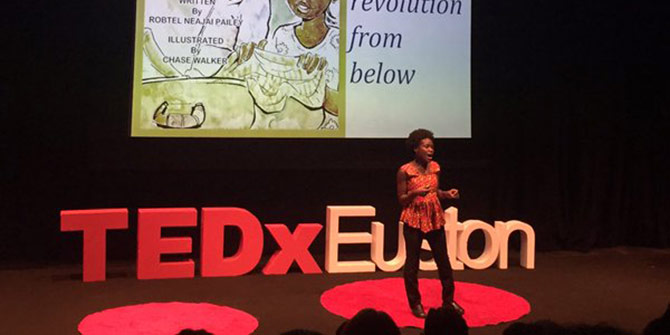 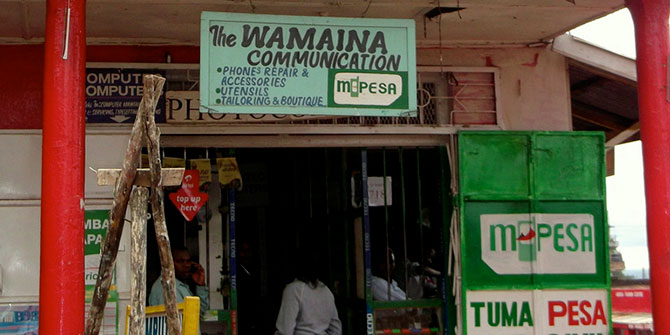 Bad Behavior has blocked 1138 access attempts in the last 7 days.