African Theatre 14: Contemporary Women looks at the lives, challenges and contributions of African women from across the continent to making and participating in theatre in the 21st century. Yovanka Perdigão calls this book a useful aid to further the conversation on how to improve accessibility and the work of African women in theatre.

Little is known of the role of African women in theatre, the book African Theatre 14: Contemporary Women is an excellent guide that teases the complexities of what theatre as an art form means to African women, as well as demonstrates the hurdles faced by women.

The book is a mixture of essays, book reviews, and an excerpt from a play that explore different themes such as the role of the artist in society,  gender-based violence, economic challenges and transnationalism through festivals, etc.  Each chapter reveals how women in theatre in Africa are changing their societies through arts, and challenging our perception of this very particular art form.

For example, Egyptian theatre director Dalia Basiouny’s professional trajectory is explored in the early chapters of the book. She takes the reader on her journey to becoming one of the few theatre directors in her country through highly tense political times. Interestingly enough, she equates her art form with being inseparable from being an active citizen in her country. Theatre serves for Dalia as a means to give a voice to those left voiceless and invisible, as she demonstrates with her play Solitaire which gives the perspectives of three generation of Egyptian women. Her other notable play Magic of Borolus was met with critical acclaim, partly inspired by the Salem witch trials but set in Egypt. Staged during the Egyptian revolution, Dalia met many challenges that demonstrate how the business of politics can play a significant role in the process of bringing about such a play. She also emphasises how both her role as an artist and citizen often clashed, as when Egypt had its Arab Spring she felt compelled to stop performances and head to the protests that took place. However Dalia Basiouny demonstrates how art is not apolitical but can be rooted in an individual’s experiences, beliefs, and activism.

The chapter entitled Perfomativities as Activism further argues the power of the artist in shedding light in issues affecting society. Drawing comparisons between campaigns such as  One Billion Rising, Bring Back our Girls and the performance walk: South Africa; the authors of this chapter portray both the negative and positive effects of such performances. Online campaigns have notoriously been able to draw attention to issues that otherwise, because of time and distance would be ignored. However this is not enough for a sustainable action that could truly tackle these issues. The authors suggest that it is perhaps possible through performance to find solutions with the collaboration of the performers and the audience.

In Contemporary Ethiopian Actresses, Jane Plastow and  Mahlet Solom explore how Ethiopian women over the years have been able to pursue acting as a career with less backlash from society. They cite how in the 1980s no respectable man would ever consider marriage with an actress, most actresses were either single or married to men in the same industry. However since the growth of the Ethiopian film industry, actresses are now considered almost as national treasures. Since then, more women have been keen to pursue acting as a viable career due to a perceived notion of the glamourous lives actress lead, despite the truth that many live under uncertainty. However the authors of this chapter make it quite clear that society’s expectations of gender roles make it difficult for actresses to have simultaneously a successful career and marriage. Often despite the love and trust that might exist between an actress and their partner, pressures from family and friends eventually drive a wedge between the two. Actresses are still seen by some as dureya, people who are vulgar and of easy virtue therefore not suitable for marriage. This chapter is particularly important, as the reality of many female artists in Africa who balance society expectations and their careers face these hurdles.

In Luana Tavano Garcia’s book review of Recasting Transnationalism through Performance: Theatre Festivals in Cape Verde, Mozambique and Brazil; she examines how the author Christina S. McMahon explores how artists in such festivals are able reframe narratives of  nationhood, gender and colonialism. Although not extensive enough to draw further conclusions, this review is useful in highlighting how African artists especially women are able to challenge preconceived ideas of their intersectional identities.

Ultimately this book not only challenges what constitutes an artist, but also demonstrates how women’s work, by virtue of their gender, is inherently political or perceived as so by society. From the intergenerational theatre in Uganda to the emergence of Postcolonial Africa theatre, these women’s artistry is premised on “themselves at some professional risk to try out ideas, roles and dreams which they see as vitally important.”

This book should be seen as a necessary guide that should enable others to pursue the conversation on how to improve accessibility and the work of African women in theatre.

Yovanka Perdigão is a writer inspired by issues of trauma, race and gender. She currently works as the Africa Research Institute’s Communications Officer. 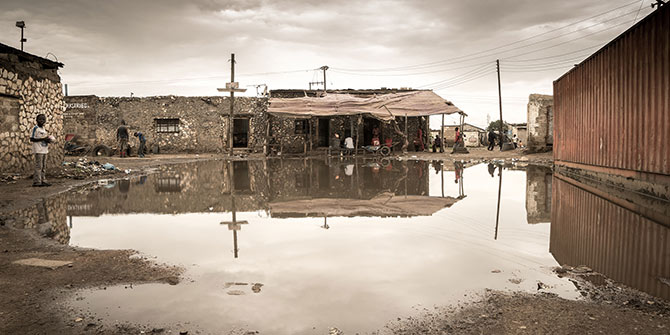 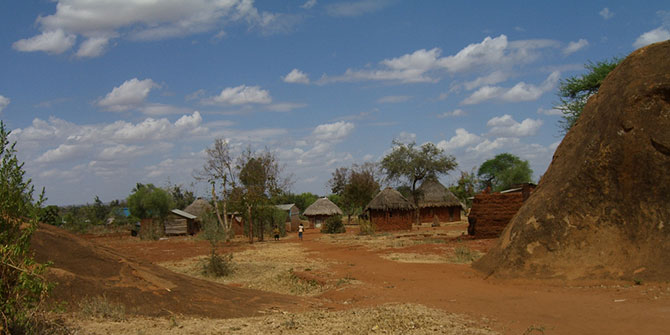