IMF’s Roger Nord shares some thoughts on how African countries can reverse the current economic downturn.

For nearly two decades starting in the mid-1990s, sub-Saharan Africa posted high rates of growth, averaging 5 to 6 per cent per year across the continent. After the lost decade of the 1980s, when per capita incomes fell, many countries seemed to have turned a new leaf. Poverty rates fell and many social indicators, ranging from infant and maternal mortality to educational attainment, improved.

Not Just a Commodity Story

This was not just a commodity story. While high prices of primary commodities surely helped some, the growth acceleration was spread across many different countries. In fact, the fastest growing countries tended to be those without natural resources. Countries like Ethiopia, Uganda, Mozambique, and Rwanda, all expanded rapidly despite the absence of natural resource exports. Rather, what seems to have driven the strong performance was a combination of a supportive external environment and good domestic policies. Debt relief cleared the deck. Sound economic policies brought down inflation, benefiting both business investment decisions and the poor, who often are the least able to protect themselves against rising prices. Broadening the tax base provided countries with more resources to tackle social and infrastructural challenges. And stronger and deeper financial sectors provided much-needed credit to growing private sectors. All of these factors spurred foreign and domestic investment, fueling economic growth and job creation.

Now growth in sub-Saharan Africa is set to slow sharply to its lowest level in more than 20 years. The IMF forecasts growth of 1.5 per cent for 2016 and only a modest recovery in 2017. Lower commodity prices, and the ongoing rebalancing of China’s economy, are having a dramatic impact especially for Africa’s oil exporters, such as Nigeria and Angola.

A tale of two Africas

But in many ways, it is a tale of two Africas. While oil exporters and, to a lesser extent, mineral exports are hard-hit, other countries continue to do well.

Non-resource-intensive countries—close to half of the countries in sub-Saharan Africa—benefit from lower oil import prices. And improvements in the business environment and scaled-up infrastructure investment still fuel strong growth. Countries such as Côte d’Ivoire, Ethiopia, Senegal, and Tanzania continue to grow at more than six per cent.

Adjust to the present, invest for the future

So yes, Africa is still rising. The current downturn is an immense challenge. But by successfully addressing this challenge and taking steps to invest in the future, Africa can regain a path of strong and inclusive growth that creates jobs and raises living standards.

Roger Nord is a Deputy Director in IMF’s African Department. 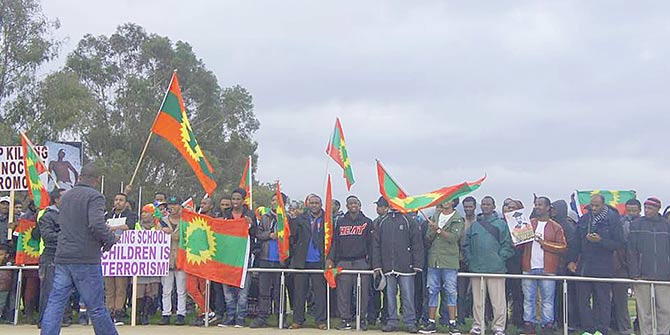 Bad Behavior has blocked 5379 access attempts in the last 7 days.