Tim Allen and Melissa Parker argue that a biosocial approach is necessary for ‘deworming’ to succeed in improving lives.

The term Neglected Tropical Diseases (NTDs) was introduced around 15 years ago and has helped in concentrating attention on largely-ignored infections. Indeed, it has resulted in what has been hailed as the largest public health programme ever undertaken. However, the success of the term has created problems, which we have analysed in detail in our paper Neglected Tropical Diseases in Biosocial Perspective. One issue is that the term makes no biological sense. It refers to a wide range of diseases that are very different to one another, and which often require very different kinds of treatment.  To use the term as some sort of homogeneous category can therefore be misleading. Also, the fact that ‘neglect’ arises from social priorities, social relations and social behaviour is commonly set aside. It is neglected people who are typically infected with these diseases; and that kind of neglect has political and economic connotations that cannot be wished away.

In another paper Deworming Delusions? Mass Drug Administration in East African Schools, we discuss the confusion that arises between the terms ‘mass drug administration for neglected tropic diseases’ and ‘deworming’. Both terms involve treatment for particular diseases with tablets and they can, in practice, be the same; but, the former often refers to treatment for multiple and diverse diseases in a population, while the latter often refers specifically to the treatment of children for a range of parasitic worms called ‘soil-transmitted helminths’. This conflation can result in considerable confusion in the academic literature and public debates. Arguments about one are applied to the other, without a careful unpacking of what is being addressed.

It is one of several problems with the seminal article by Ted Miguel and Michael Kremer on ‘deworming’ in Kenyan schools. Debates about that work are central to the fierce debates that have been described as Worm Wars. However, a point which is almost always overlooked is that their 2004 article actually deals with treatment for both soil-transmitted helminths and a very different kind of disease: bilharzia (schistoma mansoni), and the authors do not separate the possible effects of treatments with two different drugs in their analysis.

Some have observed that deworming has not been demolished, while referring to the work of Macartan Humphries and Chris Blattman. To some extent we agree. No-one – as far as we know – would argue that heavily-infected people suffering from parasitic infections should not be treated. However, the 2004 paper by Miguel and Kremer on deworming in schools in western Kenya has been given huge status, and is often the main or only cited source of evidence that school-based deworming is effective. A re-study of their data set, which was actually collected as long ago as the late 1990s, has shown that the findings presented in the 2004 paper were flawed or wrong. It was this re-study by Alexander Aiken, Calum Davey, James Hargreaves and Richard Hayes that initially triggered the Worm Wars debate.

Macartan Humphries’ contribution to the debate is one of the most thoughtful and careful analyses. He is restrained in the wording of his criticisms of the 2004 Kenyan deworming paper, but a close reading of his assessment ends up being devastating. He reinforces the points made by Aiken et al, and agrees with them that the results reported in 2004 by Miguel and Kremer were unsound.

Chris Blattman, who openly acknowledges that he worked with Miguel and Kremer on some of their Kenyan deworming work, does his best to be more supportive of their 2004 paper in a blog post entitled Dear Journalists and Policymakers: What You Need to Know about Worm Wars, while acknowledging some of the problems with their econometrics. But, he does not engage with the findings of other studies, or the wider debates about whether or not school-based deworming in practice is likely to be effective. Chris ends another blog post entitled The 10 things I learned in the trenches of the Worm Wars with the following statement: ‘To me, the real tragedy is that, 18 years after the Kenya deworming experiment (which was not even a real experiment) we do not have large-scale, randomized, multi-country, long-term evidence on the health, education, and labour market impacts of deworming medicine. This is not some schmuck cause. This is touted as one of the most promising development interventions in human history.’

In fact, there are more than 45 other trials evaluating deworming. Some of these have been on a large scale. The results have been analysed in a Cochrane Review (Cochrane Reviews are generally regarded as the ‘Gold Standard’ of medical evidence), and show that deworming programmes have minimal or no positive effects. When the latest version of the Cochrane Review on deworming was published in 2015, the World Health Organization’s (WHO) Advisory Group on NTDs took the extraordinary step of setting aside the conclusion. This must have been an unprecedented move for a WHO committee. Those associated with the mass deworming agenda went so far as to argue that the Cochrane Systematic Review methodology is not appropriate for assessing its impact, and that it is of little value in guiding global deworming policy.

While there may well be problems with overemphasising evidence from random control studies, the WHO dismissal of the Cochrane Review process is ironic. An important reason why Miguel and Kremer’s 2004 article has been given so much prominence is that it has been viewed as replicating the rigour of the random control design. Unsurprisingly, therefore, Miguel and Kremer have taken an alternative approach to the Cochrane Review. They have tried to show that its conclusions are incorrect. They do this in a new paper: Does Mass Deworming Affect Child Nutrition? Meta-analysis, Cost-Effectiveness, and Statistical Power. This draft article basically critiques the whole ‘Cochrane Review’ of random control trials dealing with deworming.

Croke et al make econometric arguments which Paul Garner and his colleagues of the Cochrane Review will need to address at some point, but it seems appropriate to make some brief non-technical comments here. In a nutshell, Croke et al argue that the Cochrane Review of deworming Random Control Trials is ‘underpowered’, because deworming treatment is so cheap that even if it has a very small overall effect, it is still worth doing. It is suggested that the key question facing policymakers is whether the expected benefits of mass drug administration of tablets to potentially infected populations without any individual testing exceed the estimated US$0.30 per treatment cost.

This strikes us as an inherently problematic argument. To begin with, it is not clear where the figure of US$0.30 per treatment comes from. The source is given as GiveWell, an organisation which endorses the work of deworming charities, but does not do field research. Yet even the figure used by parts of WHO promoting deworming is US$0.50, and other estimates are well above US$0.60. It depends, in part, on which drugs we are talking about. Mass drug administration for lymphatic filariasis in Haiti, which targeted 105,750 people, reportedly cost US$2.23 per person.

So where is the evidence that mass deworming is being effectively delivered at US$0.30 per person? If there is such evidence, can it be replicated and up-scaled? Importantly, what are the consequences of chasing this US$0.30 target?

To do deworming on the cheap implies that funds are not available for some rather important activities. It requires most or all of the following:

The problem is that if these things apply and the target for low cost deworming is achieved, the possibility of the programme sustainably controlling diseases is unlikely. Interestingly, Miguel and Kremer have themselves recognised this in an excellent paper they published in 2007.  Also, with respect to point (8), it is worth noting that recent research on school-based deworming for soil-transmitted helminths in the same locations of Kenya where Miguel and Kremer’s old data set was gathered in the late 1990s, has demonstrated that deworming can be effective when there is a corresponding improvement in other things, including improved sanitation. In schools where there have been no such improvements, treated children are almost immediately re-infected.

If ‘deworming’ is to be done well and to really change lives for the better, it requires a biosocial approach, drawing on evidence from diverse disciplines. It also requires serious engagement with the impoverished people who are at the receiving end of deworming programmes. No matter how cheap deworming can be made to seem according to certain modes of accounting and econometric modelling, if it does not work, then it is still expensive.

There are, moreover, ethical concerns that urgently need addressing. A policy that is, in practice, based on teachers and volunteers rounding up thousands of school-age children and making them take tablets without parental approval, adequate explanation or any proper monitoring should be as unacceptable in Africa as it is in other parts of the world. 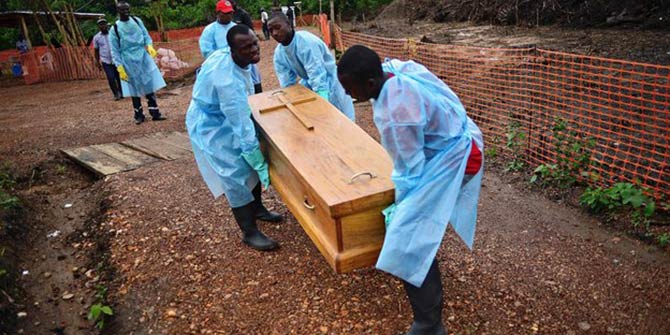 Bad Behavior has blocked 1685 access attempts in the last 7 days.