Ahead of the Kenya’s elections in August 2017, Lolan Sagoe-Moses looks at what the country’s opposition can learn from Ghana’s New Patriotic Party.

Some analysts have recently drawn parallels between Kenya’s upcoming elections and Ghana’s 2016 contest. Both Raila Odinga and Nana Akufo-Addo are scions of political dynasties, veteran civil rights campaigners and — until the latter’s recent election — opposition leaders. Moreover, the two politicians share a history of electoral controversies: Odinga and Akufo-Addo have taken electoral disputes to the Supreme Courts of their respective countries. While both lost their electoral petitions, Ghana’s New Patriotic Party (NPP) managed to triumph above its opponent during Ghana’s most recent presidential election by translating the lessons from Akufo-Addo’s 2012 Supreme Court loss into a successful campaign strategy. The NPP succeeded by protecting the integrity of votes at each level of the electoral system, from polling stations to constituency collation centres to the National Collation Centre. If Odinga and the National Super Alliance (NASA) hope to borrow from the NPP’s blueprint, they must first understand the key reasons for the Ghanaian party’s success at the polls.

In delivering its ruling on Ghana’s 2013 election petition hearing, Ghana’s Supreme Court judges famously said “elections are won at the polling station.” The NPP implemented the Supreme Court’s advice by carefully selecting and training several polling agents. These agents observed the vote-counting process at each polling station and ensured that correct vote figures were recorded on official election results. In previous elections, it was alleged that the then-ruling National Democratic Congress (NDC) party induced several polling agents to abandon their posts during the vote-counting process. During the 2016 elections, the NPP tried to reduce the risk of such interference by launching a crowdfunding campaign called “Adopt a Polling Station.” Party supporters were encouraged to either donate money to a mobile money account or donate food, water and other supplies to support polling station agents.

In Kenya, NASA recently launched a similar ‘Adopt a Polling Station’ campaign to much fanfare. But to be successful, the Alliance must ensure polling station agents are as well-trained as they are paid. The NPP’s agents were also required to be technologically savvy enough to transmit polling station results to constituency databases via mobile devices.

Even with increased vigilance at polling stations, officially recorded electoral results may be altered at the next level of vote tallying — constituency collation centres. To prevent illegal amendments to these vote totals, the NPP sued the Electoral Commission for access to constituency collation sheets, which record the tally of votes from each polling station. The court ruled in their favour, granting all political parties access to the sheets where final vote tallies from each polling station are recorded at the constituency level. With access to these sheets, the NPP was able to verify that results as declared at polling stations were accurately added at collation centres. Another set of agents stationed at each collation centre compared these sets of results against those transmitted to their databases from polling stations. Recent NASA efforts show that the Kenyan opposition is borrowing from the NPP playbook. The party recently secured a similar ruling from Kenya’s Appeals Court which affirmed the decision of the High Court that results as announced at constituency level are final.

3. Electronic transmission of results to a national collation centre

In today’s fast-paced technological age, accurate information is of little value if it is not received in real time. Because the NPP adopted an electronic system, district-level results were to delivered to the national collation center almost instantly. Former US National Space Agency engineer Joe Anokye, now head of Ghana’s National Communications Authority, designed and implemented the system, which compared each constituencies historical voter turnout against the number of registered voters, to minimize the risk of electoral fraud.

4. Working with the media

Finally with “fake news” and misinformation arguably influencing elections from France to the United States, political parties must work with media organizations to disseminate accurate information in real-time. The NPP announced its version of the results on the morning after elections and provided several media stations with its copies of constituency-level results sheets. Following the NPP’s declaration, the NDC released a statement disputing the opposition party’s results. With silence from Electoral Commission due to a breakdown of its electronic transmission system, the contradictory statements from the two main parties generated a tense atmosphere. By releasing their own independently verified results, multiple media outlets played a key role in bringing a potentially volatile situation under control. The Electoral Commission’s final results showed only a 0.02% difference between their results and those of the NPP and major media outlets like JoyFM — highlighting the role transparent, timely data can play in filling an information vacuum.

The NPP’s election victory was a product of effective organising and the use of technology to drive transparency. If NASA hopes to replicate their success, the party should take note of these key lessons.

Lolan Sagoe-Moses (@LolanEkow) is a lawyer-in-training and open governance activist dedicated to improving transparency and the rule of law in his native Ghana and throughout the African continent. 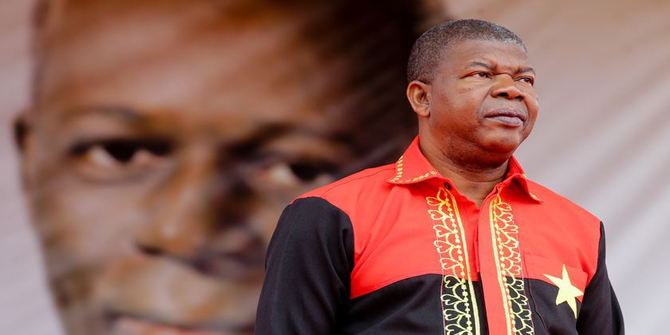 Bad Behavior has blocked 4086 access attempts in the last 7 days.