In this article, Mark Langan of Newcastle University re-engages with the concept of ‘neo-colonialism’, to make sense of the ongoing cycle of poverty in Africa and the failure of development.

Neo-colonialism has wrongly lost currency as a concept for examining African ‘development’. This is reflective of university environments in which politer debate about global value chains or the misrule of the ‘Big Men’ more readily secures external income streams.

There is real urgency to once more engage the concept of neo-colonialism to better understand – and critique – donor governments’ and foreign corporations’ behaviour in Africa. In doing so we can more properly grasp current dilemmas with ‘development’ in the continent. This is what my recently-published book with Palgrave – Neo-colonialism and the Poverty of ‘Development’ in Africa hopes to achieve.

As defined by Kwame Nkrumah – the first president of an independent Ghana – the concept of neo-colonialism warns us of the potential regressive impact of unregulated forms of aid, trade and foreign direct investment in relation to poverty reduction and wellbeing in African countries.

The concept underscores how African state sovereignties can be reduced to mere “flag independence” by external policy interference and economic control. It does not deny that African elites may engage in wrongdoing – whether corruption, nepotism or human rights abuses. On the contrary, it asks us to acknowledge – and contextualise – instances of mal-governance in terms of how external donors and companies often enable (and encourage) such actions to preserve lucrative economic arrangements.

Notably here, Nkrumah’s key text – Neo-colonialism: The Last Stage of Imperialism – was published in 1965. It provoked immediate political reaction from the USA at the height of the Cold War. Less than a year after it was released, President Nkrumah was overthrown in a military coup abetted by Washington.

My book, published in 2017, is written 60 years after Nkrumah led Ghana to a legal form of independence from British Empire in 1957.  Notwithstanding six decades of ‘development’, large sections of Ghana’s society remain impoverished and Nkrumah’s warnings about external intrusions upon African sovereignty appear as relevant as ever. This is a tragedy – one which external donors and corporations continue to exacerbate.

For example, my book details the marriage of corporate interest and donor aid in the case of the New Alliance for Food Security and Nutrition (NAFSN). Ostensibly aiming to end hunger in recipient nations such as Ghana and Malawi, the NAFSN has been seen to facilitate ‘land-grabbing’ amid creation of ‘agricultural corridors’. Namely, subsistence farmers appear to be dispossessed in favour of the agribusiness needs of corporate NAFSN partners (including in export crop sectors such as palm oil). The New Alliance is backed by donors including UK DFID and USAID – whose aid lubricates African governments’ acquiescence to land ‘releases’. Donor support toward NAFSN agribusiness interests is publicly legitimised in terms of the UN Sustainable Development Goals (SDGs).

This is just but one example of how regressive donor and corporate interventions continue to stifle genuine opportunities for pro-poor growth in African countries. My book explores such external influence throughout a number of chapters that in turn assess:

My book – like Nkrumah’s – will likely raise objections from the donor community and from those academics who constitute their clientele. Nevertheless, it is necessary to confront the realities of neo-colonialism which continue to exist in African contexts. To refuse to confront these realities – from a position of academic privilege – is a dereliction of duty and a betrayal of the wellbeing of poorer peoples on the continent. Only by recovering Nkrumah and the concept of neo-colonialism can current writers hope to meaningfully confront the dilemmas of (under)development that continue to affect millions of poorer Africans.

Dr Mark Langan is a Senior Lecturer in International Politics at Newcastle University. His latest book, Neo-colonialism and the Poverty of ‘Development’ in Africa published by Palgrave, is also available as an eBook (with the option to purchase individual chapters). His earlier book The Moral Economy of EU Association with Africa has recently been released as a paperback edition with Routledge. 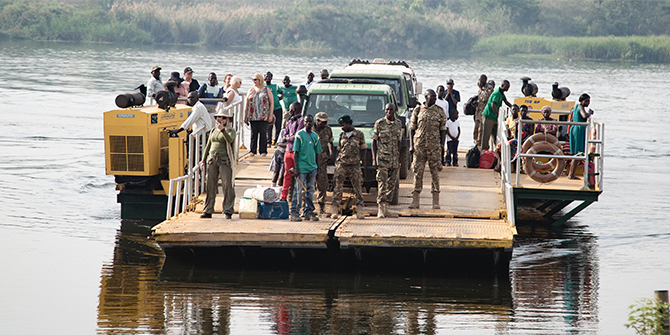