Ndongo Samba Sylla argues that the CFA franc – officially created on 26 December 1945 by a decree of General de Gaulle – used across much of Africa today is a colonial relic. For those hoping to export competitive products, obtain affordable credit, work for the integration of continental trade, or fight for an Africa free from imperialist control, the CFA franc is an anachronism demanding orderly and methodical elimination.

On 11 August 2015, speaking at the celebrations marking the 55th anniversary of the independence of Chad, President Idriss Deby declared, ‘we must have the courage to say there is a cord preventing development in Africa that must be severed.’ The ‘cord’ he was referring to is now over 71 years old. It is known by the acronym ‘CFA franc’.

The pillars of the CFA franc

Like other colonial empires – the UK, with its sterling zone, or Portugal, with its escudo zone, France had its franc zone. The CFA franc – originally the French African Colonial franc – was officially created on 26 December 1945 by a decree of General de Gaulle. It is a colonial currency, born of France’s need to foster economic integration among the colonies under its administration, and thus control their resources, economic structures and political systems.

Post-independence the CFA franc was redesignated: for the eight members of the West African Economic and Monetary Union (WAEMU) – Benin, Burkina Faso, Côte d’Ivoire, Guinea-Bissau, Mali, Niger, Senegal and Togo – it became the African Financial Community franc; for the six members of the Central African Economic and Monetary Community (CAEMC) – Cameroon, Central African Republic, Republic of the Congo, Gabon, Equatorial Guinea and Chad – the Central African Financial Cooperation franc. The two zones possess economies of equal size (each representing 11 per cent of GDP in sub-Saharan Africa). The two currencies, however, are not inter-convertible.

As established by the monetary accords between African nations and France, the CFA franc has four main pillars:

Firstly, a fixed rate of exchange with the euro (and previously the French franc) set at 1 euro = 655.957 CFA francs. Secondly, a French guarantee of the unlimited convertibility of CFA francs into euros. Thirdly, a centralisation of foreign exchange reserves. Since 2005, the two central banks – the Central Bank of West African States (BCEAO) and the Bank of Central African States (BEAC) – have been required to deposit 50 per cent of their foreign exchange reserves in a special French Treasury ‘operating account’. Immediately following independence, this figure stood at 100 per cent (and from 1973 to 2005, at 65 per cent).

This arrangement is a quid pro quo for the French ‘guarantee’ of convertibility. The accords stipulate that foreign exchange reserves must exceed money in circulation by a margin of 20 per cent. Before the fall in oil prices, the money supply coverage rate (the ratio of foreign exchange reserves to money in circulation) consistently approached 100 per cent, implying in theory that Africans could dispense with the French ‘guarantee’. The final pillar of the CFA franc, is the principle of free capital transfer within the franc zone.

The CFA franc: for and against

Despite its exceptional longevity, the CFA franc by no means enjoys unanimous support among African economists and intellectuals. Its critics base their analysis on three separate arguments. Firstly, they condemn the absence of monetary sovereignty. France holds a de facto veto on the boards of the two central banks within the CFA franc zone. Since the reform of the BCEAO in 2010, the conduct of monetary policy has been assigned to a monetary policy committee. The French representative is a voting member of this committee, while the president of the WAEMU Commission attends only in an advisory capacity. Given the fixed rate of exchange between the CFA franc and the euro, the monetary and exchange rate policies of the franc zone nations are also dictated by the European Central Bank, whose monetary orthodoxy entails an anti-inflation bias detrimental to growth.

Secondly, they focus on the economic impact of the CFA franc, construed as a neocolonial device that continues to destroy any prospect of economic development in user nations. According to this perspective, the CFA franc is a barrier to industrialisation and structural transformation, serving neither to stimulate trade integration between user nations, nor boost bank lending to their economies. The credit-to-GDP ratio stands around 25% for the WAEMU zone, and 13% for the CAEMC zone, but averages 60%+ for sub-Saharan Africa, and 100%+ for South Africa etc. The CFA franc also encourages massive capital outflows. In brief, membership of the franc zone is synonymous with poverty and under-employment, as evidenced by the fact that 11 of its 15 adherents are classed as Least Developed Countries (LDCs), while the remainder (Côte d’Ivoire, Cameroon, Congo, Gabon) have all experienced real-term economic decline.

Finally, they maintain that membership of the franc zone is inimical to the advance of democracy. To uphold the CFA franc, it is argued, France has never hesitated to jettison heads of state tempted to withdraw from the system. Most were removed from office or killed in favour of more compliant leaders who cling to power come hell or high water, as shown by the CAEMC nations and Togo. Economic development is impossible in such circumstances, as is the creation of a political system that meets the preoccupations of the majority of citizens.

For its partisans, in contrast, the underlying logic of the CFA franc lies not in neocolonialism, but in monetary cooperation. The under-development of the franc zone nations is attributed to factors independent of their monetary and exchange policies, in particular to their political instability and the poor economic policies of their leaders.

The CFA franc is characterised as a credible and stable currency, a significant virtue given the experience of most currency-issuing African nations. This counter-argument is, however, flawed: experience shows that nations like Morocco, Tunisia and Algeria, which post independence withdrew from the franc zone and mint their own currency, are stronger economically than any user of the CFA franc.

It is also claimed that the CFA franc has allowed inflation to be pegged at a rate considerably lower than the African average. For its critics, however, the counterpart of this low inflation rate is weak economic growth and the creation of fewer jobs. Not to mention that this low average inflation rate does not prevent cities like Dakar from ranking among the most ‘expensive’ in the world.

In fact, the terms of the debate are quite simple. The CFA franc is a good currency for those who benefit from it: the major French and overseas corporations, the executives of the zone’s central banks, the elites wishing to repatriate wealth acquired legally or otherwise, heads of state unwilling to upset France etc. But for those hoping to export competitive products, obtain affordable credit, find work, work for the integration of continental trade, or fight for an Africa free from colonial relics, the CFA franc is an anachronism demanding orderly and methodical elimination.

In October 2016, a group of African and European economists published a book entitled [in translation] Liberate Africa from Monetary Slavery: Who Profits from the CFA Franc? The date was not selected at random; it coincided with a meeting of the franc zone’s finance ministers, central bank governors and regional institutions. In the wake of the public debate sparked by the book, people are beginning to speak out.

France maintains the position that the CFA franc is an ‘African currency’, existing only as a support to Africans, who retain their ‘sovereignty’. Some heads of state, like Alassane Ouattara in Côte d’Ivoire and Macky Sall in Senegal take the same line. Unlike Idriss Déby, Macky Sall describes the CFA franc as ‘a currency worth keeping’. Ouattara goes further, insisting that the currency is a matter for experts and thus not a subject for democratic debate. From this standpoint, any critic of the CFA franc must by definition know nothing about it.

From a taboo subject raised only by a handful of African intellectuals and politicians, the CFA franc debate is starting to enter day-to-day conversation and to attract the attention of activists. A social movement is developing to demand the joint withdrawal of African nations from the CFA franc. On 7 January 2017, on the initiative of ‘SOS Pan-Africa’ (‘Urgences Panafricanistes’), an NGO set up and run by the activist Kemi Séba, anti-CFA demonstrations were organised in several African and European cities, and in Haïti. The mobilisations varied in size according to country, bringing together intellectuals, pan-Africanist and anti-globalisation activists and others. SOS Pan-Africa has since issued a symbolic appeal for Africans to boycott French products.

The current alternative to the CFA franc in West Africa is the joint currency planned for members of the Economic Community of West African States (ECOWAS). The new currency was due to enter circulation in 2015, but this has since been deferred until 2020. The new deadline may or may not be met, but one thing seems increasingly clear: the CFA franc no longer has a future.

This article was first published on the Review of the African Political Economy (ROAPE) blog.

Ndongo Samba Sylla (@nssylla) is  Research and Programme Manager for the Rosa Luxemburg Foundation. He is the editor and author of a number of books including The Fair Trade Scandal. 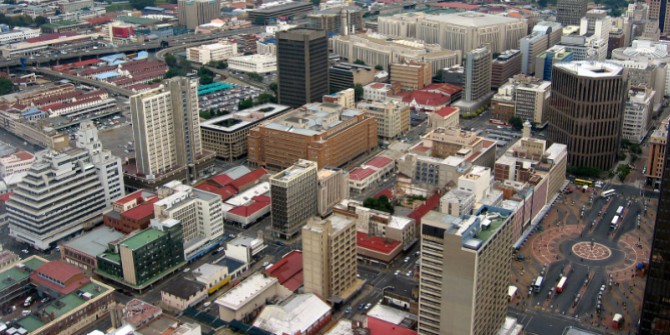 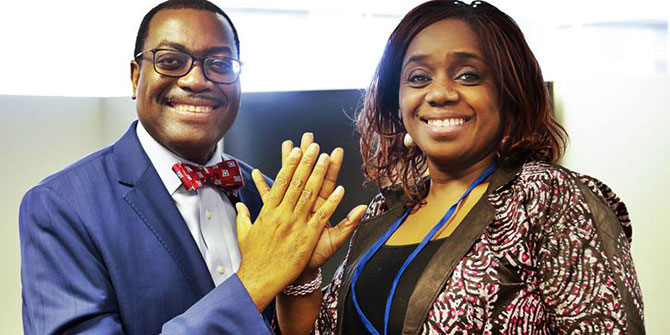 Bad Behavior has blocked 4312 access attempts in the last 7 days.